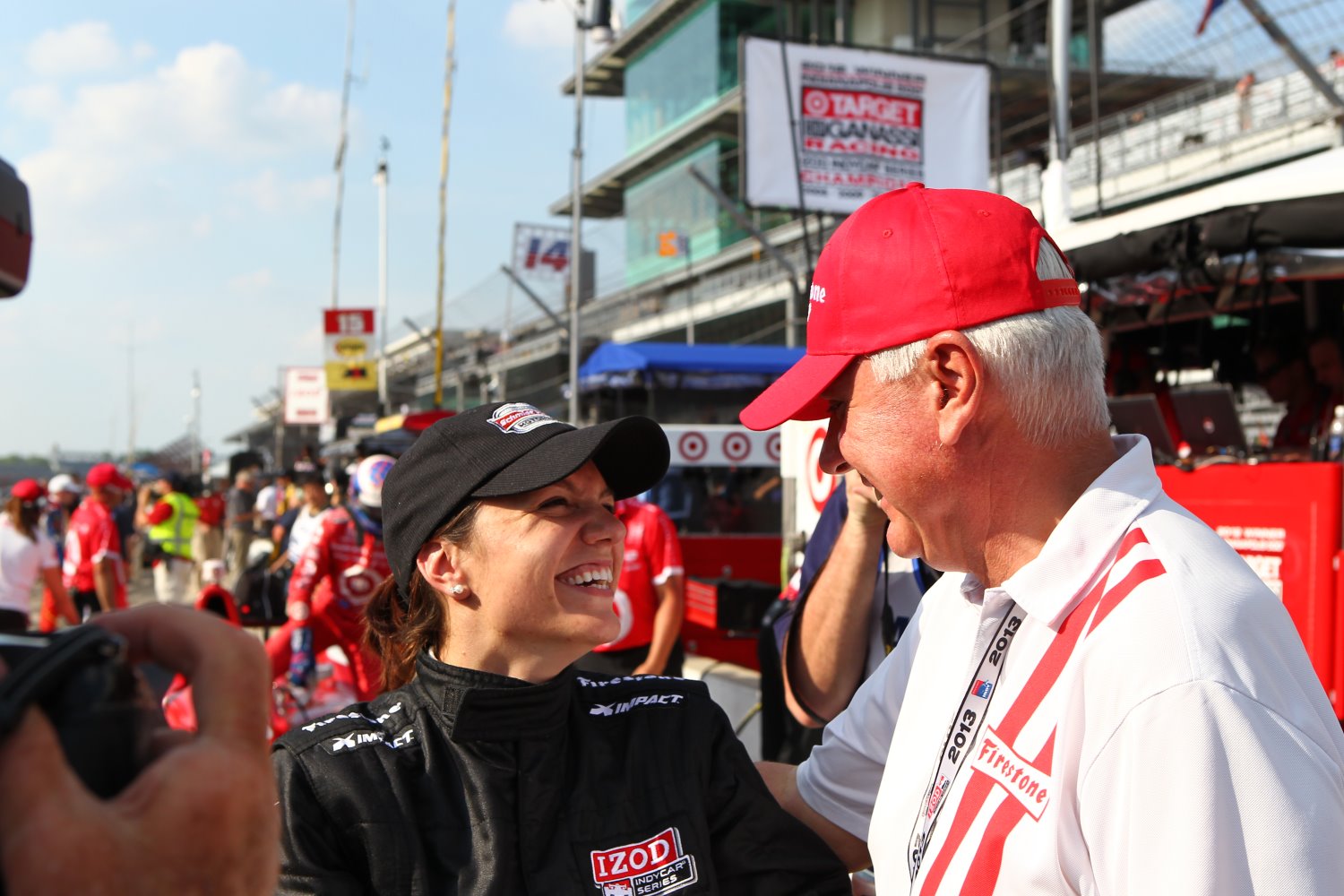 For the first time since 2011, four female drivers will be racing at the Indianapolis 500. Today, three of them — Dale Coyne Racing’s Ana Beatriz and Pippa Mann (pictured), as well as 33rd and final qualifier Katherine Legge from Schmidt Peterson Pelfrey Motorsports — joined KV Racing Technology’s Simona de Silvestro (24th position) on the starting grid for next Sunday’s race.

Beatriz and Mann will be in the middle and outside of Row 10 respectively, joining rookie driver Tristan Vautier in that spot on the grid. Both DCR competitors posted four-lap averages in the low 224s; Beatriz at 224.184 mph in the No. 18 Ipiranga entry and Mann at 224.005 mph in her No. 63 Cyclops Gear car.

“We were a mile [per hour] slower than we were yesterday, so that broke my heart a little bit, watching the dash," said Beatriz after her run. “…This is my second time for Bump Day, and it is very stressful."

“It would have been great to get back out there this afternoon and do some race running, but we were a little too close to the bubble and nervous," Mann admitted. “However, it was a wonderful feeling as those nerves began to dissipate and we started to smile and realize we’d made it in."

Legge was on the bubble for much of the afternoon with an average of 223.176 miles per hour, but stayed in the show as it became clear that Michel Jourdain, Jr. would be unable to match that speed.

She had logged less than 20 laps in her car before going out to qualify this afternoon and with that in mind, she is looking forward to getting more laps in on Friday (Carb Day), which will be her last chance to practice before the race.

“I’m not under any illusions that we’re likely to win, but stranger things have happened, and I have a really good race car," she said. “It’s going to be about being smart; it’s going to be about getting through the field. We ran in traffic today for 10, 15 laps. The car feels pretty very good.

“If we have a decent Carb Day, I think top 10 has to be our goal. I really think the car is capable of that, so then it’s just down to me." NBC Sports