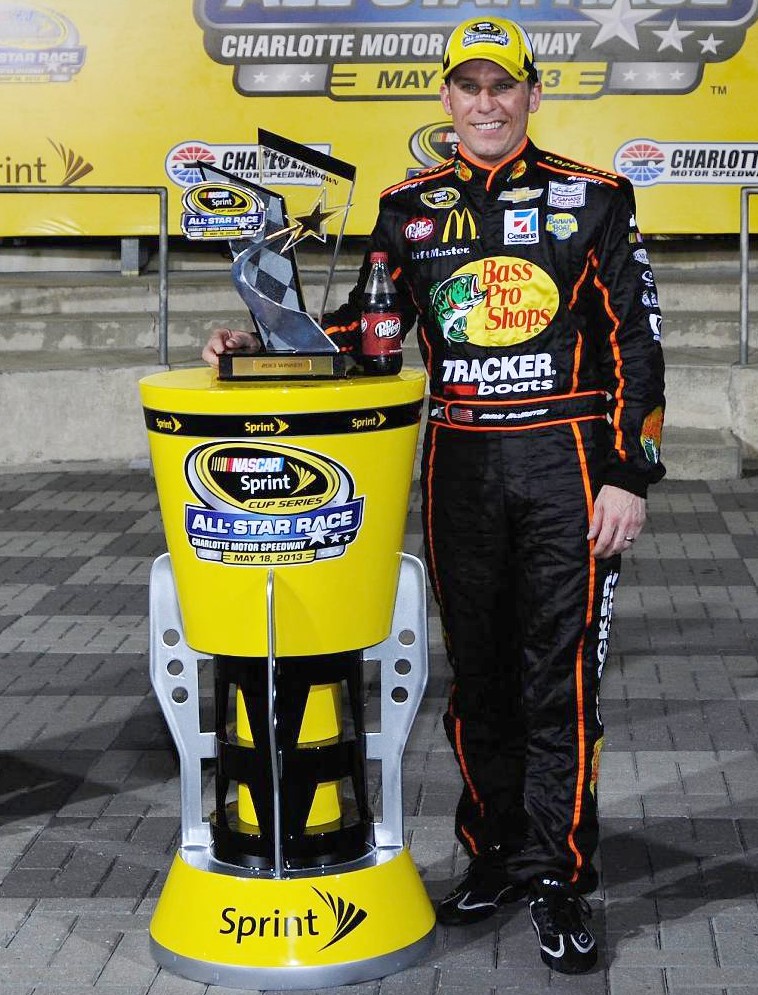 Jamie McMurray advanced into the field for the 29th running of the Sprint All Star race with a victory in the Sprint Showdown at Charlotte Motor Speedway on Saturday night.

McMurray led wire to wire in the 40-lap event, taking advantage of a two-tire pit stop to stay out front and beating out rookie Ricky Stenhouse, Jr. to advance to his seventh all star appearance.

Stenhouse also advanced to make his first start in the non-points event featuring this season and last season's race winners. Danica Patrick, who finished ninth, won the fan vote to take the 22nd and final spot in the all star field.

"The two-tire stop was the right call for us, it got us up front," said McMurray. "When (Mears) chose the inside on the restart I felt really good about being able to get around him on no tires and the fact that I had the outside. That was good."

McMurray jumped to the lead on the opening lap, getting past pole sitter Truex and led the entire 20-lap first segment over Truex, Stenhouse, Juan Pablo Montoya and Menard.

McMurray then led the field to pit road and took just two right side tires while most of the field took four before lining up for the start of the second 20-lap segment. Casey Mears elected not to pit and took the green flag as the race leader.

McMurray quickly overtook Mears and regained the top spot while Stenhouse and Burton also slid by to take over second and third.

With McMurray back out in front, it was smooth sailing as Stenhouse was never able to mount a challenge, finishing 1.5-seconds behind McMurray, but second was enough to get him into the All Star field.

Patrick won the Sprint Fan Vote to advance to her first All Star race, becoming the first female to do so.

"I'm going to race for the fans tonight because….I feel like I owe it to them to put on a good show," said Patrick. "I'm fired up. Let's do this."Pete McCole