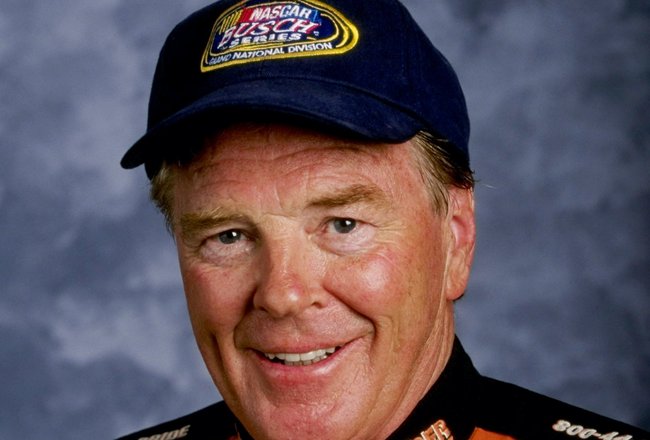 UPDATE #3 Dick Trickle NASCAR driver called 911 to report his suicide. He told the 911 operator 'There's Gonna Be a Dead Body..suicide."

When the dispatcher asked Trickle if he was calling about someone else, Trickle replied, "No, I'm the one."

The operator begged Trickle to wait for help … but her pleas went unanswered. His body was found at Forest Lawn Cemetery in North Carolina exactly where he said they would find him.

"He called in,'' Lt. Tim Johnson of the Lincoln County detective department told ESPN.com. "It's not the first time we've had these. It's always a sad situation … even sadder for the family.''

Johnson says foul play is not suspected, according to The Associated Press.

Trickle made 303 starts in NASCAR's Cup Series, per The Sporting News, and is reported to have won more than 1,200 short track races.

“Our thoughts and prayers go out to the family and friends of Dick Trickle on his passing today. Dick was a legend in the short-track racing community, particularly in his home state of Wisconsin, and he was a true fan favorite. Personalities like Dick Trickle helped shape our sport. He will be missed."

France was joined by many members of the racing community in expressing their sorrow at the reports of Trickle's passing.

05/16/13 NASCAR Hall of Fame driver and ESPN analyst Rusty Wallace competed for years against Dick Trickle on Midwest short tracks, in the American Speed Association (ASA), and then later in the NASCAR Sprint Cup Series. At age 48, Trickle was rookie of the year in the Cup Series in 1989, the same year that Wallace won his only championship at NASCAR’s top level, and the two old friends and rivals were honored together at the NASCAR awards banquet for that year in New York City. Trickle, 71, died today of an apparent self-inflicted gunshot wound, according to the Lincoln County (N.C.) Sheriff's Office.

RUSTY WALLACE — “I’m in 100 percent shock. Dick Trickle was my mentor. When I was short track racing, I would call him every Monday morning and he would always help me with race setups and stuff. He and I had such a good time telling little stories, but he was the guy that taught me almost everything in the American Speed Association. And he was the guy that I battled right to the end for my 1983 ASA championship. I barely beat the guy that taught me everything. I’d not seen Dick as much as I’d like to of late. He was a legend. A man that’d won over a thousand short track races, was one of the most winning short trackers in America, was a role model to many short track racers coming up. Could just do magic with the race car and he taught me so much about racing. My success in the ASA and what Trickle taught me is what got me into NASCAR. That’s what got me hired by Cliff Stewart back in ’84. Between Larry Phillips and Dick Trickle, they taught me everything."

05/16/13 Dick Trickle, one of the most successful drivers in the history of stock-car racing, died Thursday in North Carolina, apparently from a self-inflicted gunshot wound, the Lincoln County Sheriff's office said.

Trickle, 71, a native of Wisconsin Rapids, won more than 1,000 short-track races across the country.

He became rookie of the year in what was then known as the NASCAR Winston Cup, the top level, in 1989.

Trickle made 303 starts in Winston Cup (now Sprint Cup) from 1970-2002. He also drove in the second-tier Busch Series, winning twice while in his 50s.

According to a news release from the sheriff's department, the county communications center received a call, apparently from Trickle. Attempts to return the call were not answered.

A sheriff's department representative said it would not have further comment beyond the release. JSOnline.com