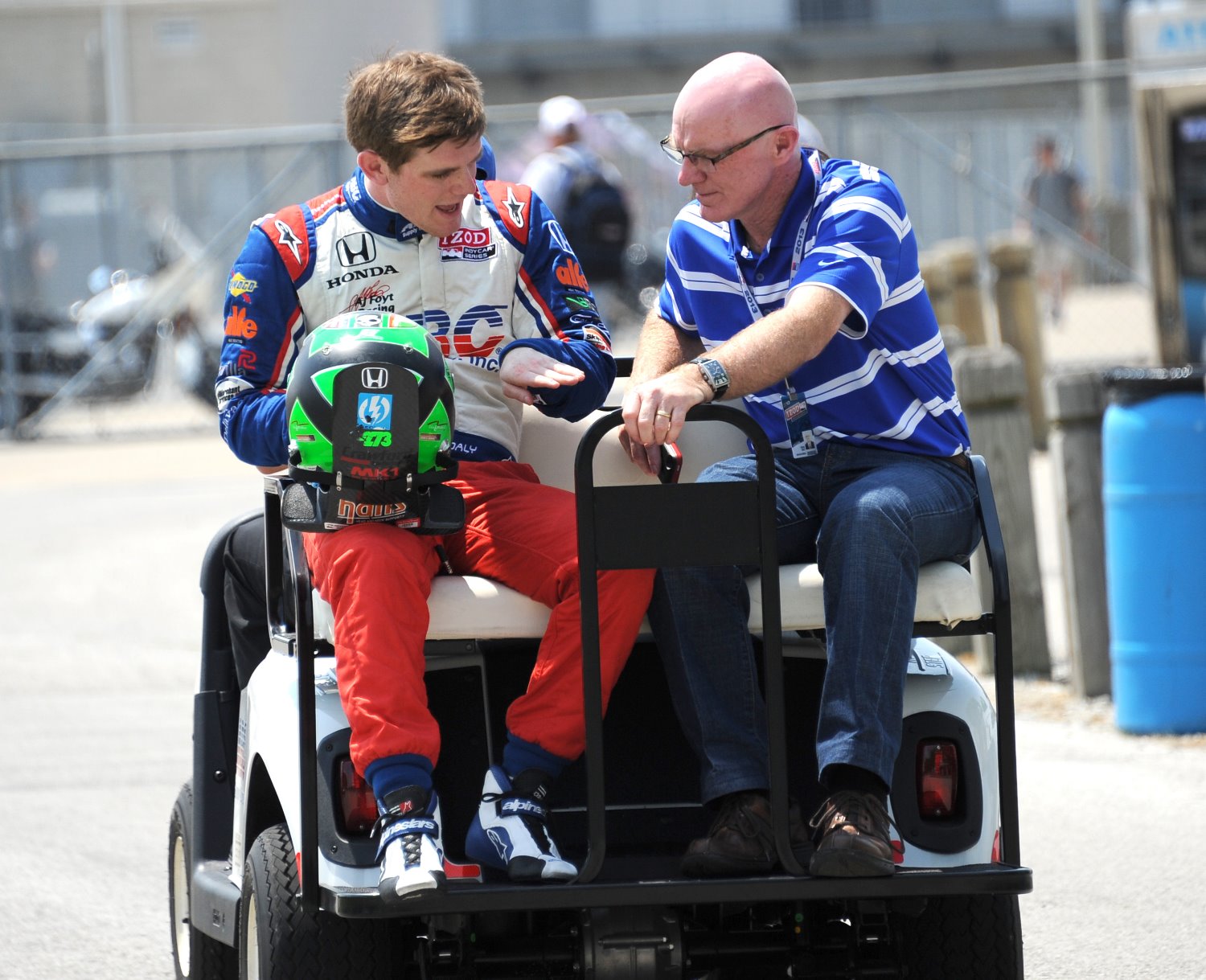 Conor Daly could not explain what led to him crashing in today’s Indianapolis 500 practice at Indianapolis Motor Speedway.

The rear of the A.J. Foyt Racing No. 41 got loose in Turn 1. Daly tried to keep the car under control, and quick hands kept it from spinning, but he still hit the outside wall against the SAFER barrier and nearly rolled.

“You’re obviously just trying to make some changes, get a better feel and see what’s happening," Daly told The Star. “I mean, for me, I had never once felt uncomfortable in the car. Like even this morning we were picking up speed and it was feeling nice, a good feeling, never once had oversteer.

“All of a sudden the rear felt like it kind of collapsed on itself. Very, very strange. I got the car fully loaded in Turn 1 and the thing just buckled over. I don’t know why.

“Something in the rear didn’t feel right, and I’ve obviously been in crashes before and I know when I’ve made a mistake. This felt normal to me until it snapped all of a sudden."

Daly, an IMS rookie, compared the incident to the one Marco Andretti had here last year.