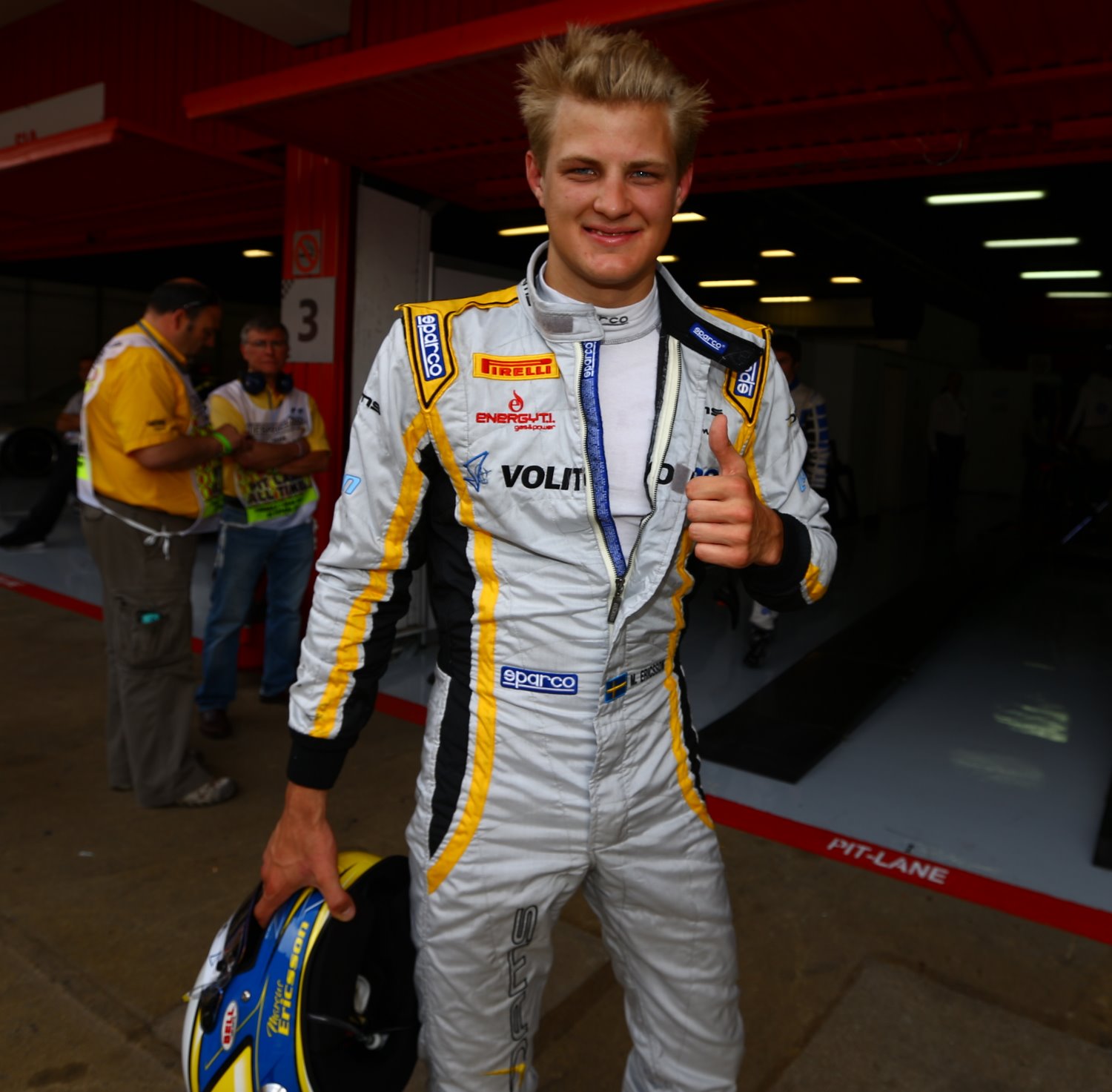 Marcus Ericsson was unbeatable in today’s qualifying session at Circuit de Catalunya: the Swedish ace put his DAMS car at the top of the standings early in the session. His lap time was bettered in the dying minutes by teammate Stephane Richelmi, but for mere seconds only: Ericsson found extra pace to improve and crossed the finish line in a blazing 1:28.706.

Although ominous dark clouds loomed above the Spanish circuit as the pitlane opened, the track remained dry for the whole session. Series leader Stefano Coletti was quick to claim P1 in 1:29.426, but James Calado went one tenth faster, dropping the Monegasque driver to P2. Ericsson was on a mission and clocked in a lap time of 1:29.095 enough to make him sit pretty at the top. Sam Bird was the first rival to try and snatch pole from the Swede, but he ended up one tenth behind Ericsson. Felipe Nasr was next: the Brazilian’s efforts got him second, a shy 0.05s from P1.

The drivers made their way back to the pits for a fresh set of soft tires, with Ericsson staying put and observing his competition until the final minutes. The clock kept ticking down and no one could match the Swede’s lap time. Nasr went for another flier, but it was not good enough. Bird made another attempt as well and lit the first sector in purple. He improved on his second sector, but a slow third sector crushed the Brit’s hopes for pole. In the dying minutes, Richelmi was not done with his day: the Monegasque driver found a perfect lap and broke under the 1m29s barrier, setting a lap time of 1:28.871. But his joy was short-lived: just moments after he crossed the finish line, Ericsson improved on his teammate’s time by one tenth thus pocketing his first GP2 pole position.

Behind the DAMS pair, Nasr retained third ahead of Bird with Coletti and Fabio Leimer in tow. Calado finished seventh ahead of rookie Robin Frijns, Kevin Ceccon and Kevin Giovesi. The décor is set for tomorrow’s feature race.