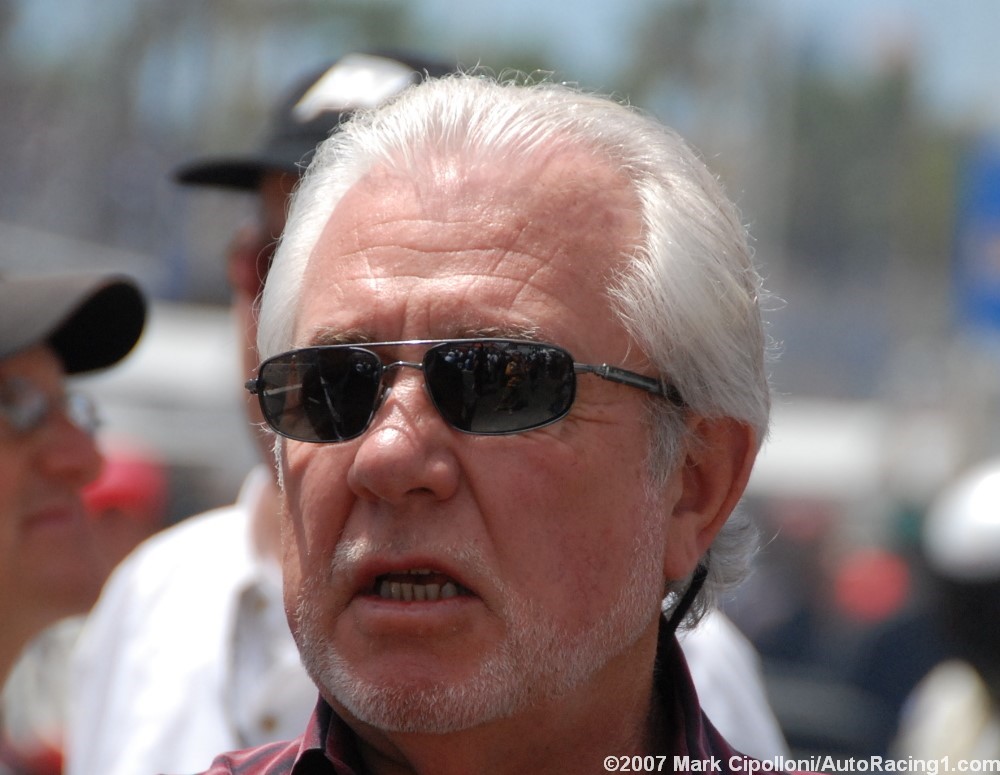 The proposed Formula One Grand Prix race in Weehawken will get help from the same man who designed and planned the Meadowlands Grand Prix Indy-style auto race nearly 30 years ago.

Race chairman Leo Hindery said Thursday that the event —originally scheduled to be run next month before being postponed for a year — has brought on Christopher Pook as a special assistant. Pook will consult “with respect to all aspects of construction, planning and execution of the Grand Prix of America at Port Imperial race," event officials said.

“I’m more than enthusiastic that this event is going to happen," said Pook, whose career as a racing executive dates back more than 35 years. “When you’ve been around as long as I have been and done as many venues as I have, you can walk into a place and know right away if it’s doable or not. It’s an instinct. And the first time I was shown that course, I said, ‘Holy crap’ – it has some challenges, yes, but it’s still unbelievable."

Pook’s arrival brought an enthusiastic response from F1 chief executive Bernie Ecclestone, who on several occasions last year publicly questioned whether Hindery’s team would ever be able to pull off a race scheduled to be run on public streets — including well-traveled Boulevard East — through Weehawken and a section of West New York. Ecclestone said he was “happy to be working with Chris again after 20 years."

Their relationship dates back even further than that — Pook ran the United States Grand Prix West F1 race for Ecclestone’s organization in Long Beach, Calif. from 1976-83. Pook then switched to an Indy-style race at that site beginning in 1984, which also marked the debut of the Meadowlands race that was held in the Sports Complex’s parking lots through 1991.

“When I left his tour for Indy car, Bernie was very unhappy with me," Pook said with a chuckle. “But we have great respect for each other, and I have respect for him. He’s a remarkable man, and I’m delighted to work with him again."

Bob Varsha, a longtime voice of Formula One on Speed TV, said that Pook’s hiring is a major credibility boost for the race.

“Chris is a longtime friend and associate of Bernie’s, and he’s also an excellent businessman," Varsha said. “He’s very urbane, well-educated, he speaks several languages — he’s spent most of his adult life in and around racing. And I’ve long said that the biggest thing this proposed race has going for it is that Bernie wants it to happen."

Varsha added that because the planning of the 2.3-mile course has been underway for two full years, the “most crucial aspect that Chris will bring to the table" could be helping raise funds via corporate sponsorships.

A F1 race in Austin, Texas that debuted in November includes a $25 million annual state subsidy. But Governor Christie reiterated this week that race organizers will have to raise the necessary funds on their own.

Pook said that “Mr. Hindery doesn’t need me to tell them how to find sponsors. I’ll be here as a resource to some excellent people."

The planned race was put off last fall, with organizers blaming the delay on the complexity of construction of the course on local roads and the amount of environmental permitting needed to host an event so close to a major waterway.

Formula One currently hosts 19 races in 19 countries, including the Austin race.

Weehawken event organizers have estimated they can draw 100,000 spectators in year one — or more than double what Meadowlands Grand Prix races were getting before an ill-fated effort to move the race to lower Manhattan in 1992 led to the race’s demise.

“The Meadowlands race was somewhat successful," said Pook, who spent 18 months designing the course before returning for several more years to smooth out the course’s rough edges. “But it didn’t quite deliver New York."

Pook said he tried to bring auto racing to Flushing Meadows in Queens in the late 1980s, then also looked into holding a race on Randalls Island or Governor’s Island. While those ideas didn’t pan out — nor did efforts by other racing executives to revive the Manhattan race concept around 2000 — Pook said the Weehawken event might finally be the winning ticket after three decades.

“When you walk the course, you can’t help but feel that you’re in New York — you can almost touch it," Pook said. NorthJersey.com

05/09/13 The organizers of the Formula One Grand Prix auto race in Weehawken, once scheduled for next month but now postponed until June 2014, on Thursday announced the hiring of a consultant to aid in “all aspects of construction, planning, and execution" of the race on the 3.2-mile course. Christopher P. Pook, who once founded the USA Grand Prix West F1 street-circuit race, also is the former chief executive of the Championship Auto Racing Team (CART) series.

“Chris has a history of great success in Formula One, which I’m confident he’ll bring to the Grand Prix of America race," said F1 CEO Bernie Ecclestone. “We look forward to working with him to bring F1 racing to New Jersey and New York."

Pook’s title will be special assistant to race Chairman Leo Hindery Jr., who also counts former New Jersey Sports and Exposition Authority President Dennis Robinson among his senior staff. Hindery said that Pook’s arrival “will ensure the race will be like nothing the region has ever witnessed." Race organizers predict the event will generate more than $100 million in economic benefits in the region.

The course includes a long straightaway on Boulevard East, and part of the course runs into neighboring West New York. The circuit also has sections that skirt along the Hudson River. The planned race was put off last fall, with organizers blaming the delay on the complexity of construction of the course on local roads and the amount of environmental permitting needed to host an event so close to a major waterway.

Formula One currently hosts 19 races in 19 countries, including a U.S. race that debuted last November in the Austin, Texas area.