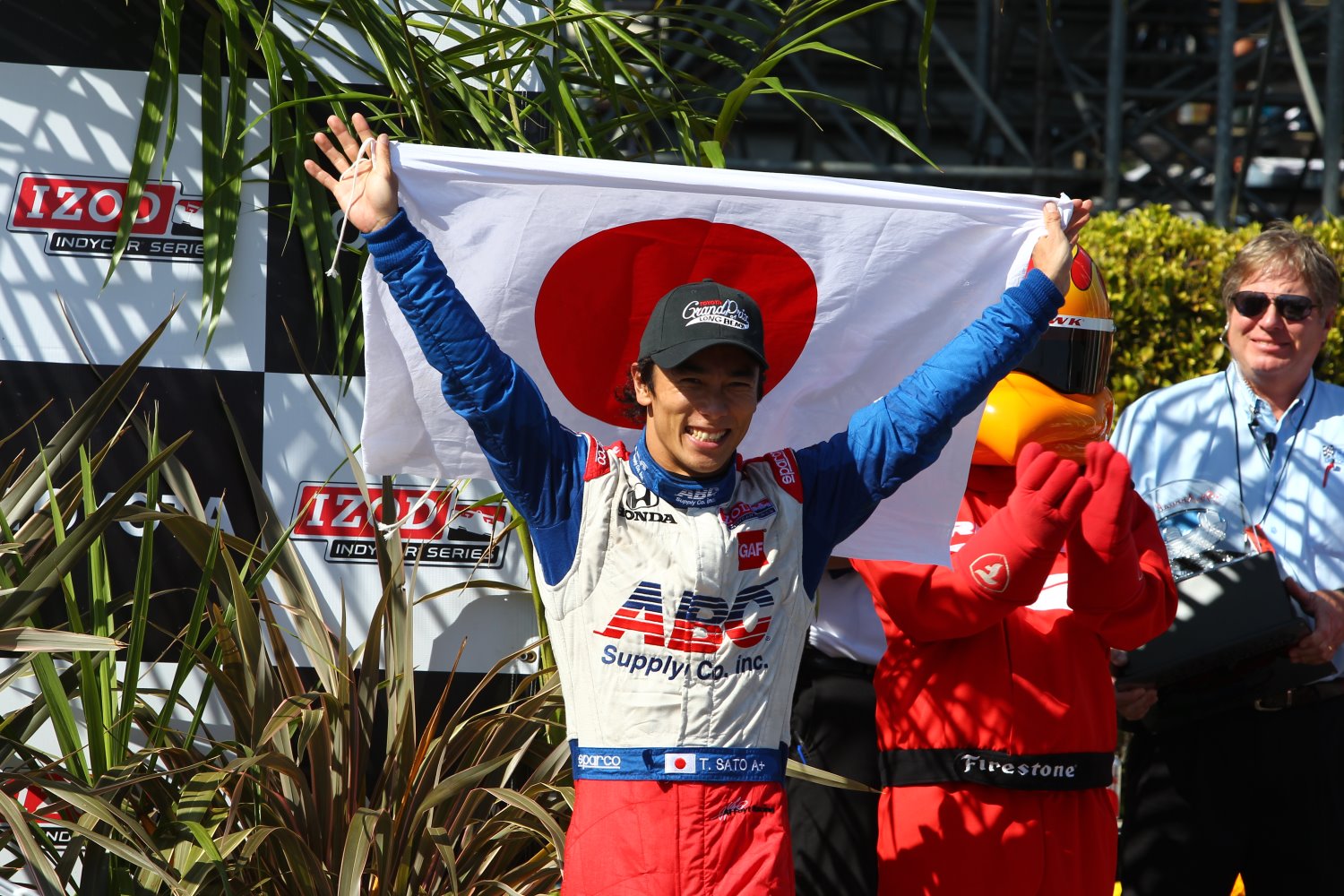 He's not as American as apple pie, but Takuma Sato adds something to the IndyCar Series it has been sorely lacking in recent years: intrigue.

Let's face it, in the last five years, there have been only a handful of drivers with a chance to wheel into victory lane.

Nothing against the likes of Helio Castroneves, Dario Franchitti and Scott Dixon, but it's nice to see a little more variety in the winner's circle.

The change of pace in IndyCar is raising a few eyebrows—in a good way—and awakening a few people just in time for the month of May.

There's been a lot of clamoring for more American IndyCar drivers in recent years. But more than anything, this series needs to be shaken and stirred at the top. Yes, the racing has been close in recent years, but it's really only been contested by a few predictable names.

Guys like Sato and Hinchcliffe never seemed to have much of a chance. Then last May, Sato almost pulled off an unthinkable victory at Indianapolis before crashing out trying to pass Franchitti on the last lap. And Ed Carpenter won the 2012 season finale at Fontana. Small teams and up-and-coming drivers began to have hope.

Still, drivers from Penske Racing, Ganassi Racing and Andretti Autosport won 13 of 15 races last year. The first four races were won by Team Penske—three by Will Power and one by Castroneves. The next two were won by Ganassi.

I have nothing against these drivers and teams, but the series had become predictable. No one needed to tune into the post-race press conferences. We'd heard it all before.

In the first three races this year, two teams have already tasted victory, and Penske and Ganassi have been shut out. Castroneves, a Penske driver, leads the overall series, but Sato is sitting second and other new names are either in the top 10 or inching closer.

While it's true that Hinchcliffe drives for Andretti, he's certainly a fresh face. And as a replacement for Danica Patrick in the GoDaddy car, he has a compelling story behind him.

No one is more intriguing than Sato, who drives for 78-year-old racing legend A.J. Foyt. This team is dripping with intrigue and new story lines. It's Foyt's first IndyCar victory in 10 years, and in the coming days and weeks, I expect to see stories about how Foyt got over the hump and the role played by Foyt's son, Larry, in revitalizing the team.

Sato's victory comes at a great time for the series. With just over a month until the Indianapolis 500, there are bound to be stories about Sato's near miss at Indy last year and his desire to win the Greatest Spectacle in Racing this year. Can he finally get A.J. Foyt back to Indy's victory lane? Several stories have already cropped up about the odd couple that is Foyt and Sato, and how they've built a winning relationship. I expect more to come.

Foyt also has another intriguing story in Conor Daly, the young and promising American who is chasing a career in Formula One but making room for a rookie debut in Indianapolis this year.

The victories by Sato and Hinchcliffe must have the upstarts, no-names and dreamers thinking maybe—just maybe—they, too, can topple the big boys. Who knows? Maybe this year at Indianapolis—on the greatest stage of all—one of them will.

And if they can pull off what just a year ago was almost unthinkable, perhaps the world, or at least a little bigger part of it, will take notice. IBJ.com