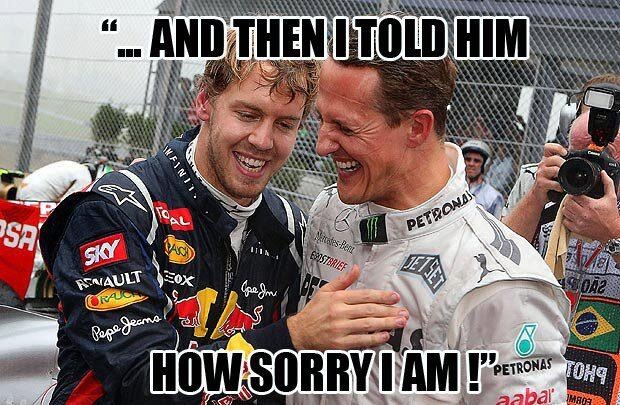 Mark Webber says it will take some time before the wounds from the Malaysian Grand Prix have healed.

Red Bull team-mate Sebastian Vettel was told to stay behind Webber on Sunday but overtook him to win. The German later apologized.

Webber said: "It's three weeks to the next race. I will catch some waves in Australia. This will be good medicine.

"But there were a lot of things in my mind in the last 15 laps, so whether the medicine is enough we will see."

Webber indicated to BBC F1 pit-lane reporter Lee McKenzie after the race that one of the questions in his mind had been whether he would ever get the full support of Red Bull to mount a title challenge against Vettel.

The 36-year-old also said he had considered his future in the team and even in F1.

Vettel on Sunday described himself as the "black sheep" at Red Bull and said that he would not do the same again in a similar situation.

Red Bull had a debrief with the drivers immediately after the race and team boss Christian Horner said there would be another in the gap before the Chinese Grand Prix on 12-14 April.