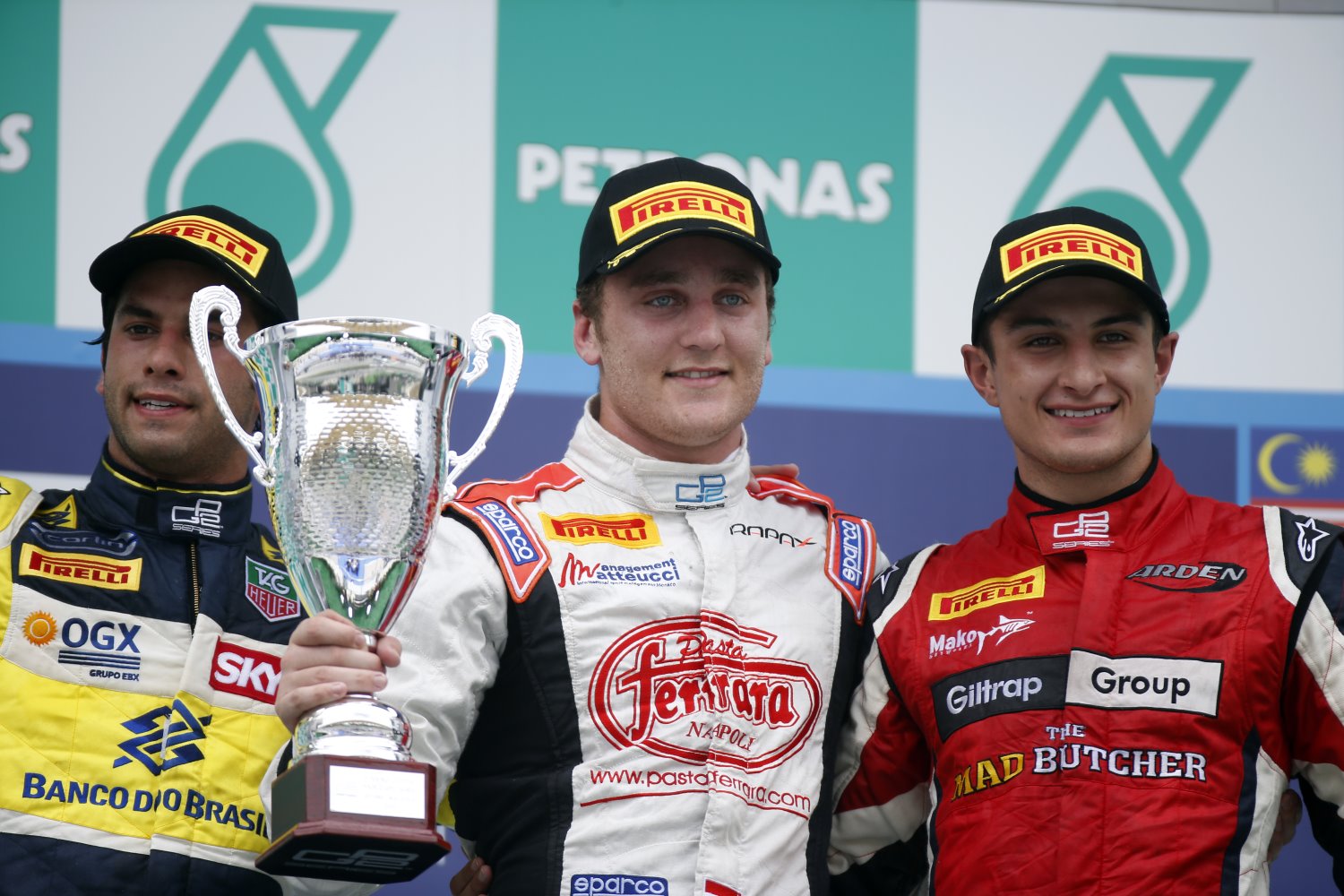 He wanted it so badly! Stefano Coletti took a lights-to-flag win in this morning’s Sprint Race at Sepang International Circuit and made up for yesterday’s disappointment. The Monegasque driver made a stunning start from sixth on the grid to claim the lead, then kept Felipe Nasr at bay to cross the finish line eight tenths ahead of the Brazilian. Mitch Evans scored a podium finish on his first GP2 race weekend with third place.

Stephane Richelmi made a good start from reverse pole, but not as good as Felipe Nasr and Mitch Evans who both attacked the Monegasque driver at the entrance of Turn 1. Coletti had his own agenda however: he made a blazing start from sixth and made his way round the outside of Turn 1 to take the lead. He immediately put his head down and tried to build as much of a gap as possible. Behind him, Nasr had disposed of Richelmi and started to hunt down the leader. Unfortunately for the Carlin man, Coletti managed a two second gap and stayed in control of his pace and tire degradation.

There was more drama further down the field as a slow start from James Calado dropped him in the middle of the pack with little room to maneuver. The Brit collided with Fabio Leimer’s rear wheel which sent him crashing into Julian Leal and Sam Bird. Leimer could continue, but the other three retired prematurely.

As Coletti kept control of the proceedings with Nasr in tow, Richelmi started to struggle on his tires and began feeling the pressure from a faster Evans. With six laps to go, the DAMS man locked up his tires and ran too wide allowing the New Zealander to claim third into the final corner on lap 16. The final stages of the race saw even more casualties in the top eight: Leimer who was running in sixth also had a big moment and ran wide at Turn 11 and dropped out of the points.

There was no such drama at the front as Coletti perfectly managed his race and tires until the checkered flag, enjoying a third GP2 win and taking the lead in the drivers’ standings. Behind Nasr and Evans, Richelmi retained fourth ahead of Johnny Cecotto, Simon Trummer, rookie Conor Daly and Rene Binder.

In the drivers’ standings, Coletti leads with 36 points over Leimer. Nasr is third on 24 points with Calado fourth on 18 points. Round 2 of the GP2 Series will take place in four weeks time at Bahrain International Circuit.