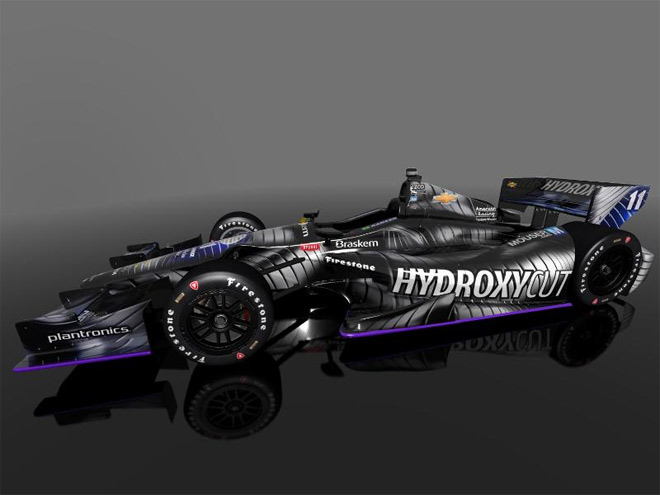 Kanaan, the 2004 IZOD IndyCar Series champion, will pilot the No, 11 Hydroxycut Chevrolet at the 2013 Indianapolis 500 plus 8 additional events over the course of the 2013season. The new Hydroxycut livery unveiled today is being referred to as one of the more aggressive liveries seen in the paddock.

"This is a great day for our team, and an even better day for INDYCAR fans," said SH Principal James "Sulli" Sullivan. "In celebration of the launch of the Hydroxycut Machine, they'll be handing out free samples to IndyCar fans starting right here in St Pete and will continue at races across the IndyCar schedule", added Sulli.

The No. 11 Hydroxycut Machine makes its formal debut at the Honda Grand Prix of St Petersburg.

"The HYDROXYCUT Machine is one of the most interesting IndyCar's we've ever built, and I think I echo most of the fans comments that we all cannot wait to see it on the track tomorrow," said KVRT Principal Jimmy Vasser. "If she runs half as good as she looks, we'll be in victory lane on Sunday!" said Vasser.