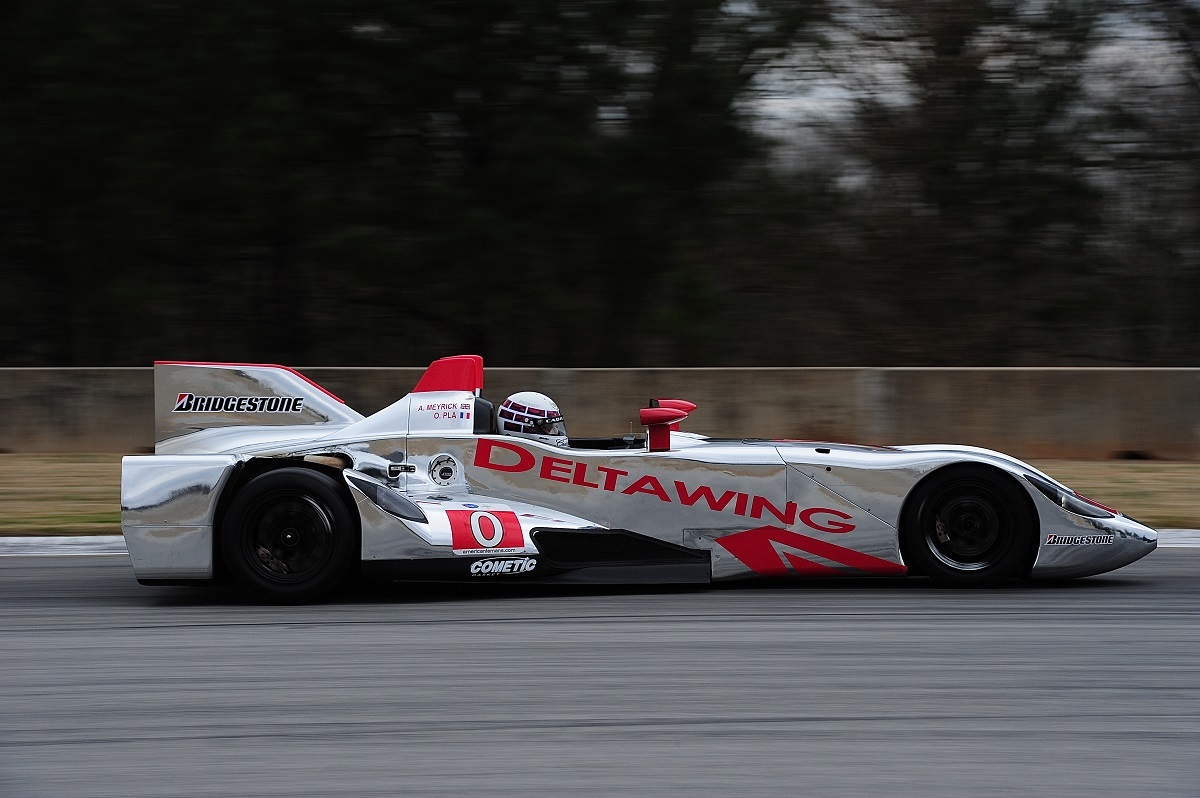 BRASELTON, GA. – DeltaWing Racing Cars has its first test with its new elements in the books, and is ready for both its Sebring and LMP1 class debut.

After the revolutionary car premiered in two races in 2012, the DeltaWing, now powered by an Elan Motorsports Technologies engine, completed more than 50 laps over two days of testing at Road Atlanta on March 6-7 with drivers Johnny O’Connell and Andy Meyrick.

“I very much enjoyed driving the car," said O’Connell. “It’s extremely, extremely athletic. And my initial thoughts on the Bridgestones were that they had a high level of grip."

O’Connell handed over to Meyrick later Wednesday before a small issue with the engine prevented further running. Meyrick ran more than 30 laps on Thursday to complete his first flying laps in the car. O’Connell praised Meyrick’s versatility and feedback.

“I think he adapted very well; he’s got a ton of talent," said O’Connell. “He’s as excited as anybody about getting to run laps in the car."

Meyrick, a veteran of five previous LMP1 chassis raced since 2009, took fairly easily to the DeltaWing in his first laps.

“I was pleasantly surprised," said Meyrick. “As a driver, when you see something as different as the DeltaWing, in your head you’re a little bit more nervous than going into a new car. But you get in and it does everything and a lot more than what a conventional race car can do. It’s still a learning process. You’re not going to get up to speed in 25 laps or so, but I feel very comfortable with it, and it’s a good place to go forward."

The cornering ability of the DeltaWing also impressed the Englishman.

“In the medium and high speed corners it was better than I thought it would be from preconception," said Meyrick. “I expected it to be good in the chicanes and changing direction like that, and it was – it was excellent. You figure that given how light the car is. In Turn 1 and through the Esses, I was really surprised how good it was through there."

Official practice for the Mobil 1 Twelve Hours of Sebring Fueled by Fresh from Florida begins on Thursday.