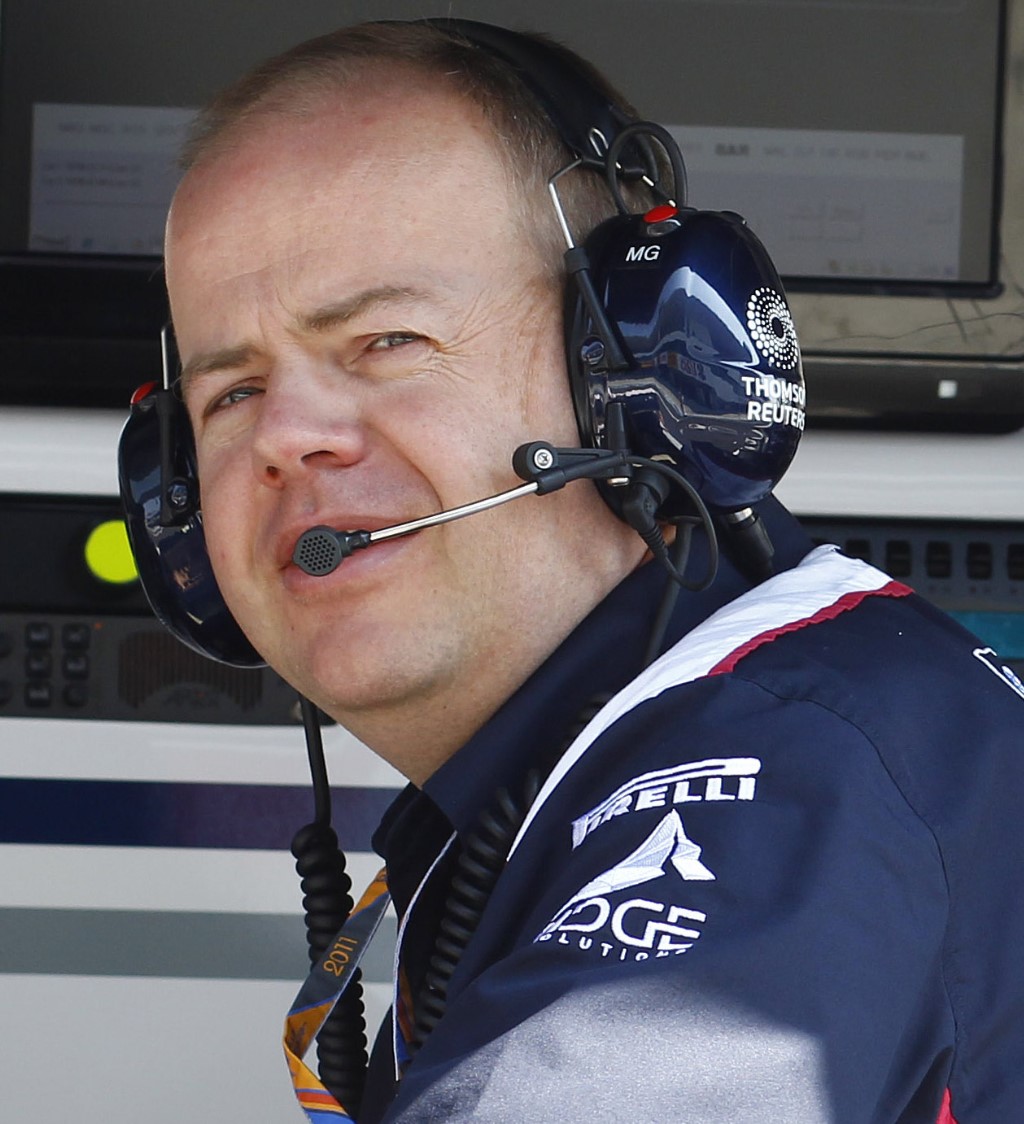 The 2012 season didn’t have the ending that the Williams F1 Team had hoped for, when Pastor and Bruno retired early from the Brazilian Grand Prix. Our Chief Operations Engineer, Mark Gillan, gives his verdict on the Interlagos weekend and the 2012 season as a whole.

Mark Gillan, Chief Operations Engineer:
Q: The Brazilian Grand Prix ended early for both cars. Given the pace of the FW34 in practice and qualifying, what result do you think might have been possible at Interlagos?
MG: We were aiming to get both cars in the points. Pastor and Bruno had excellent starts with Bruno into the top 10 by the first corner and Pastor up to eighth after the first lap but unfortunately both retired with substantial car damage. Bruno was hit by Vettel on Turn 4 of the first lap and Pastor lost the car on the curb on the exit of Turn 3 on lap two, having made up eight places in one lap. It was disappointing to have both cars out so early in what was a very exciting race.

Q: Pirelli took their medium and hard tire compounds to the race. What sort of tire life did you see during practice?
MG: With the extremely high mid-50C track temperatures on the Friday we saw quite high thermal degradation on both tires. The thermal degradation was the limiting factor and not the actual tire wear life.

Q: Pirelli also gave the teams some experimental 2013 rubber to try during Friday practice. What did you learn from it?
MG: We noted some interesting differences between the 2013 hard prototype tires and their respective 2012 constructions, but with the highest track temperatures of the season on Friday one needs to treat these preliminary results with caution.

Q: Pastor missed the weighbridge during Q2 on Saturday, receiving a reprimand and subsequent 10-place grid penalty. What were your feelings about the penalty?
MG: Pastor simply did not see the light as he was not expecting to be called to the bridge mid Q2, but it is a fact that he went through the red light and therefore a reprimand was inevitable. Having then collected three reprimands a 10-place penalty was also inevitable which the team accepted.

Q: The 2012 season has now ended; how would you sum up the performance of the FW34 this year? How much faster would the car be if you took it back to Albert Park now?
MG: We are pleased with how the car has performed this season and the FW34 is clearly a decent step forward from the FW33. This season has been one of the most tightly fought ever and the rate of development and level of competition has been fierce. In base performance most teams will have improved their cars by over one second per lap, but the real benefit has come in understanding the tires and how to optimize the car balance for tire performance, both in qualifying and the race.

Q: How would you sum up the performances of Williams F1's three drivers this season?
MG: It has been a pleasure working with our three drivers. For sure as a team we have had our highs and lows, but each driver has made an important contribution to the team and the level of detail regarding feedback and interaction with both the race team and importantly the factory based staff has proved very beneficial.

Q: Please describe the challenge that lies ahead this winter. At what stage is the 2013 car now?
MG: As per 2012 we want to see continuous improvement in all aspects of the team throughout the winter and into the 2013 season. We need to learn from the mistakes and successes of 2012 and to ensure everything that we do is as efficient as possible. Both the 2013 car design and initial production of the large lead time components are on target.