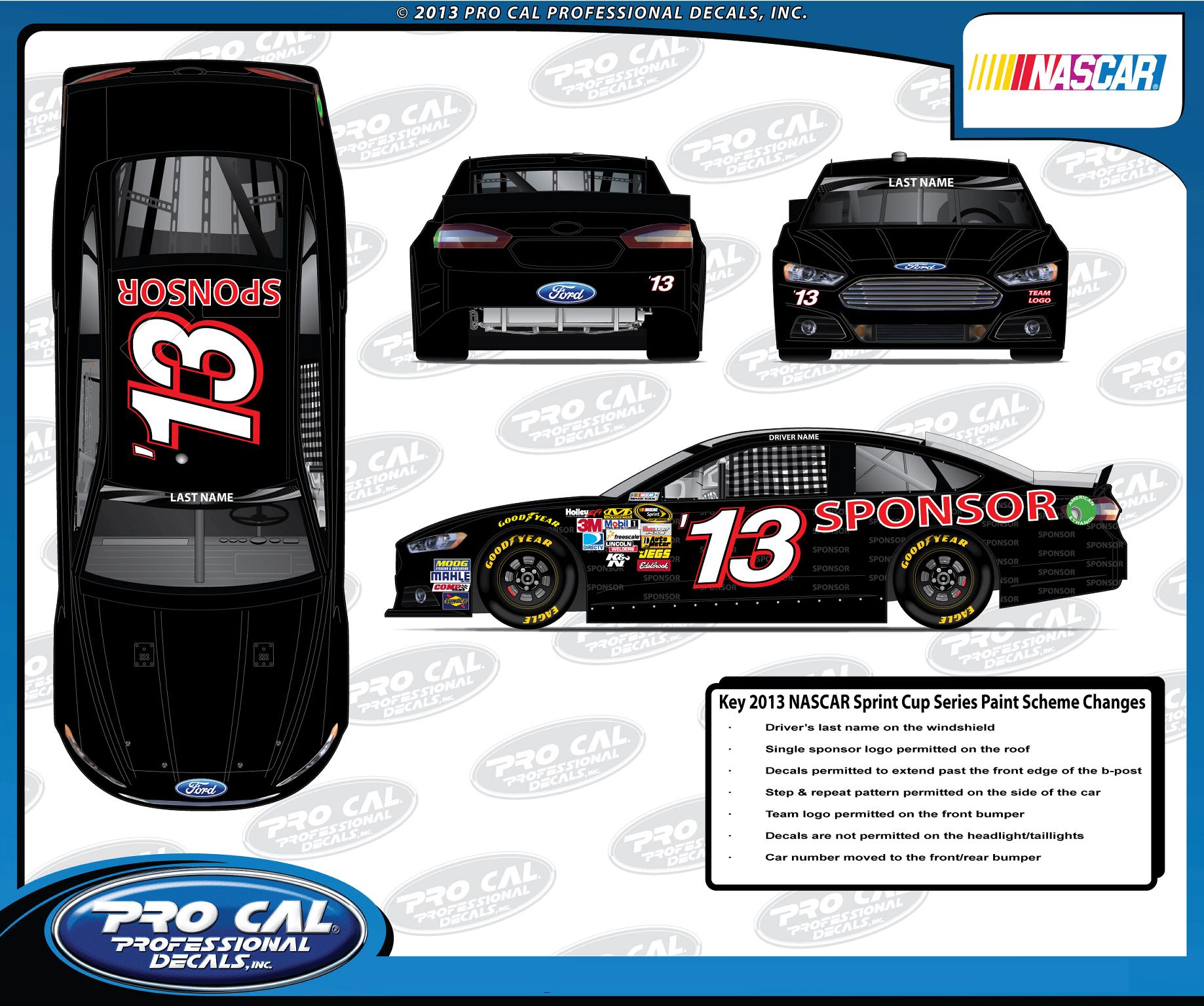 UPDATE Why doesn’t IndyCar mandate the drivers name on the upper 6" of the front and back of the rear wing? It would not diminish sponsor branding at all and would allow fans to know which driver is driving which car. Now unless a TV viewer, spectator, or fan has a favorite driver and knows which car, or is very knowledgeable aficionado of IndyCar, it is near impossible to find the drivers name on the car even when it is stationary a few feet away. Again, NASCAR is doing what is necessary to keep the fans they have and attract new ones while IndyCar continues to fail on marketing it’s drivers.

11/17/12 When the NASCAR Sprint Cup Series rolls out their "sixth generation" stock cars at Daytona next February, teams will be sporting a different look as NASCAR announced new rules concerning decal placement for the 2013 season.

Among the changes with be the placement of the drivers last name at the top of the windshield and allowing a primary sponsor logo on the back of the roof behind the car number. The car number will also be placed on the front and rear bumper of the car.

Teams will no longer be permitted to place decals on the headlights or taillights, and the car numbers will be reduced by 10% because of the smaller size of the cars.

To accommodate sponsor decals on the cars, decals will now be allowed to extend past the B-post – which on a passenger car would be the support between the front and rear doors – and the size of contingency decals behind the front fender will be reduced to 26-square inches.