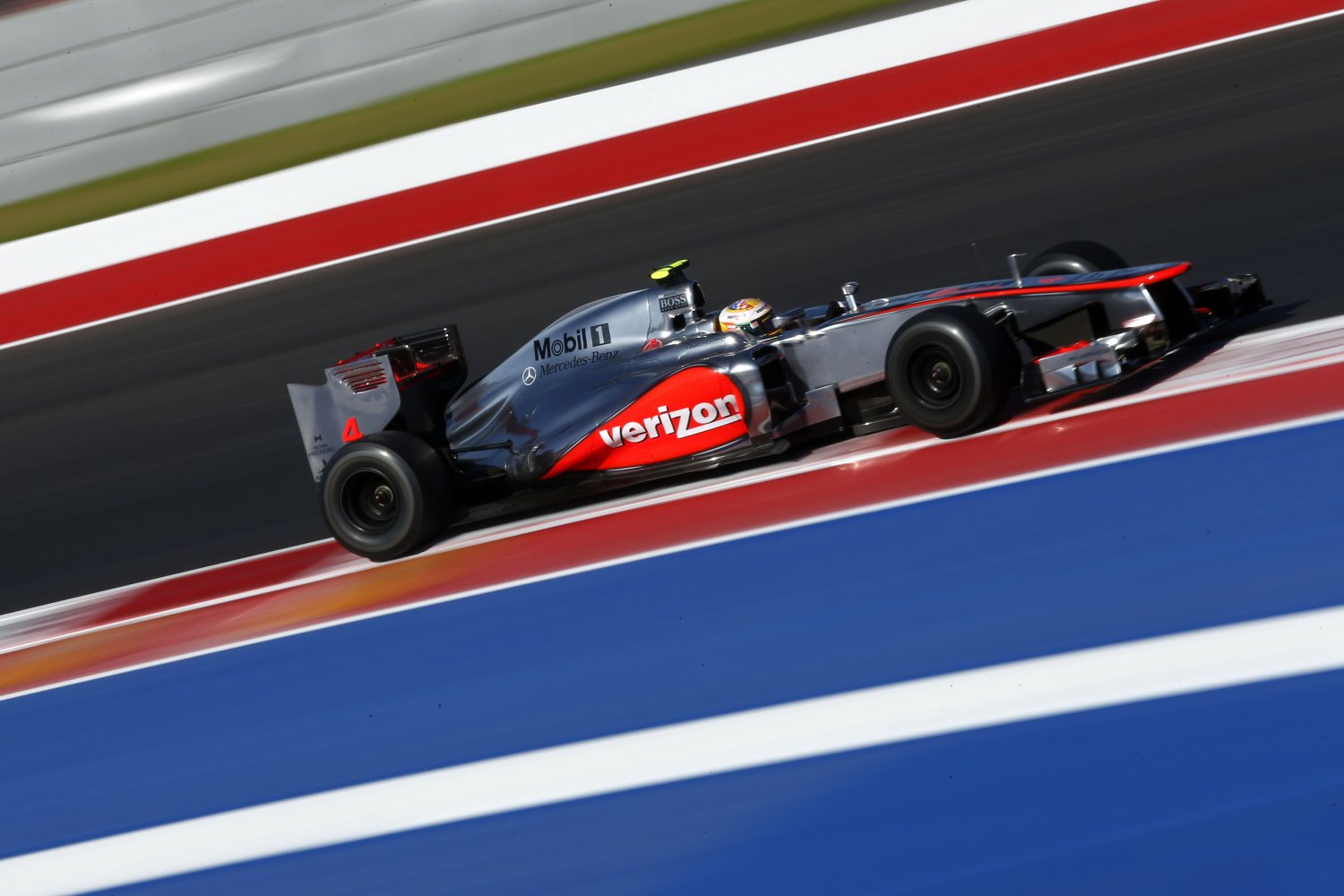 Lewis Hamilton was delighted to see hoards of American and international F1 fans turning out for free practice in Texas, with both grandstands and corporate hospitality areas heaving. The McLaren driver was less pleased with Sebastian Vettel’s pace, as the leading Red Bull driver was a full second quicker than the highest-placed McLaren.

“What a great turn-out for a Friday!" Hamilton began. “I never expected to see so many people in the grandstands – it makes me feel even more excited."

Going on to discuss Vettel and Mark Webber’s one-two result in comparison with his and Jenson Button’s fourth and fifth placings, the 2008 Champion continued:

“Our main difficulty this morning was switching on the tires in the cooler conditions, but we’ll make some changes overnight and there are definitely some improvements we can make. I don’t know where he (Vettel) got that time from, but he’s definitely very quick…I really don’t know whether or not we have that pace."

Vettel returned from a water leak to top the timesheets with 1:37.718. Three positions behind, Hamilton yielded his personal best in the form of 1:38.748.