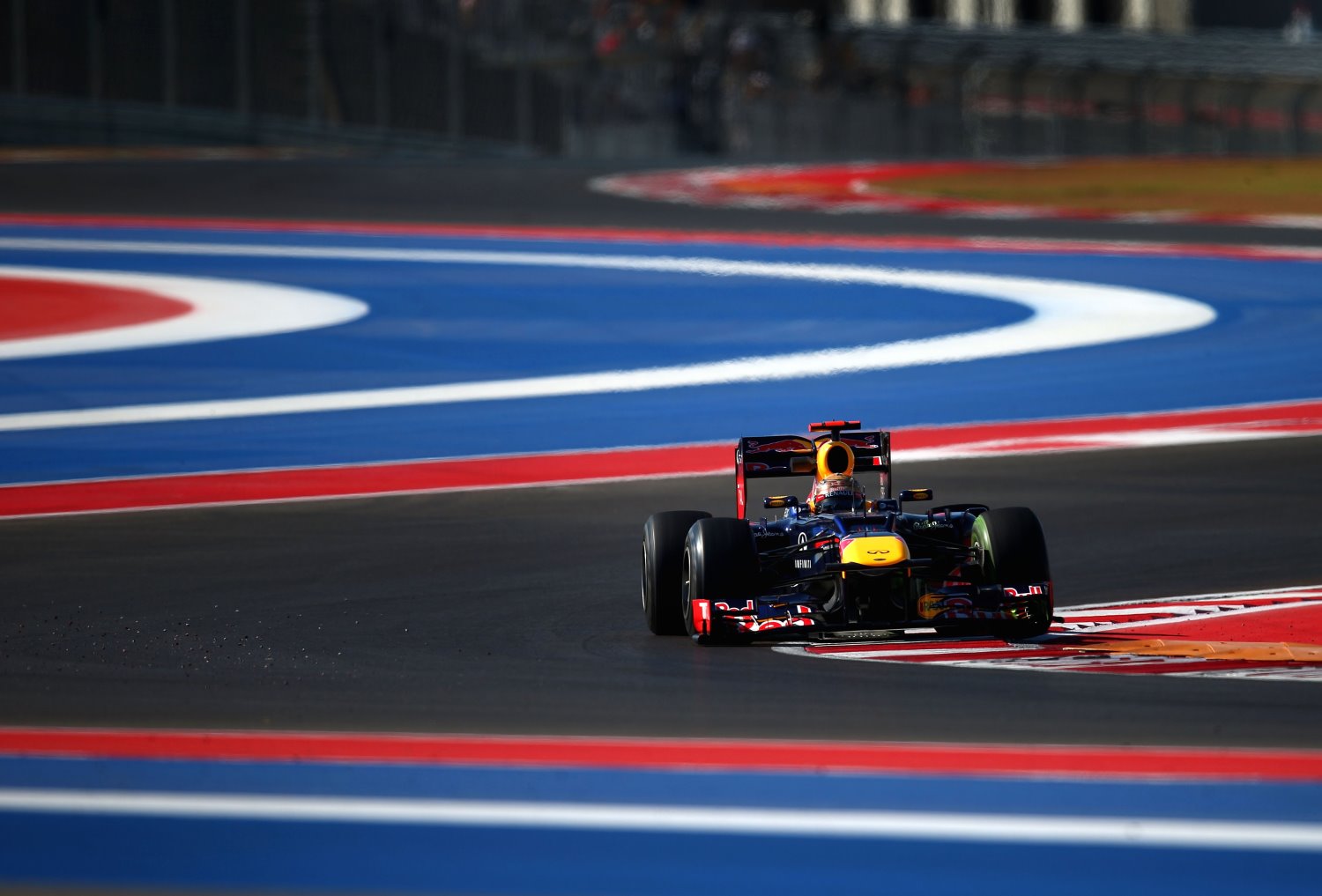 After topping the opening practice session comfortably, Sebastian Vettel and Mark Webber made it a Red Bull Renault 1-2 at the top of the time sheets after second practice for Sunday’s inaugural United States Grand Prix™ at the Circuit of The Americas™.

Once again world champion Vettel was in splendid isolation, the only driver to dip under 1 minute 38 seconds in the session despite turning only 17 laps.

The 25-year-old German, who was the early afternoon pace-setter, spent the middle part of the 90-minute session stuck in his garage as mechanics investigated an apparent water leak on the #1 car. He then fired in a 1:37.718 lap to repeat his morning domination at the new Texas venue.

The circuit saw its first on-track incident when Caterham’s Heikki Kovalainen cut across the bows of Jean-Eric Vergne’s Toro Rosso at Turn 19, leaving the Finnish driver with a punctured left rear tire and bound for his pit garage.

It was another hard-working Formula 1 session as the drivers mixed long runs on the P Zero Silver (hard) tires to help with their race set-up and shorter sprints on the softer of Pirelli’s two compounds, the P Zero White (medium), with a view to finding sheer pace for Saturday’s qualifying hour.

No fewer than 21 of the 24 drivers put in more than 30 laps apiece. Vettel apart, the two who did not were HRT’s Narain Karthikeyan, back in the car after stepping aside for Chinese driver Ma Qing Hua in the opening session, and teammate Pedro de la Rosa.

Mexican Sergio Perez completed the afternoon under the shadow of a reprimand from race stewards for his on-track conduct in the opening session. “Checo", whose entire family including his grandmother will be here to see him in his closest race to home, was found guilty of weaving maneuvers that hindered Timo Glock in the Marussia car.

So just how good is the two-time defending F1 champion? Well consider this. Vettel had to park in the garage after just three laps at the start of the afternoon when the team detected the water system fault.

He would not reappear for almost an hour, but when he did, he demoralized his opponents with a 1m37.718s lap on his second medium-tire run that no one could touch.

If Vettel continues that domination in qualifying Saturday it is going to be a long weekend for everyone else.