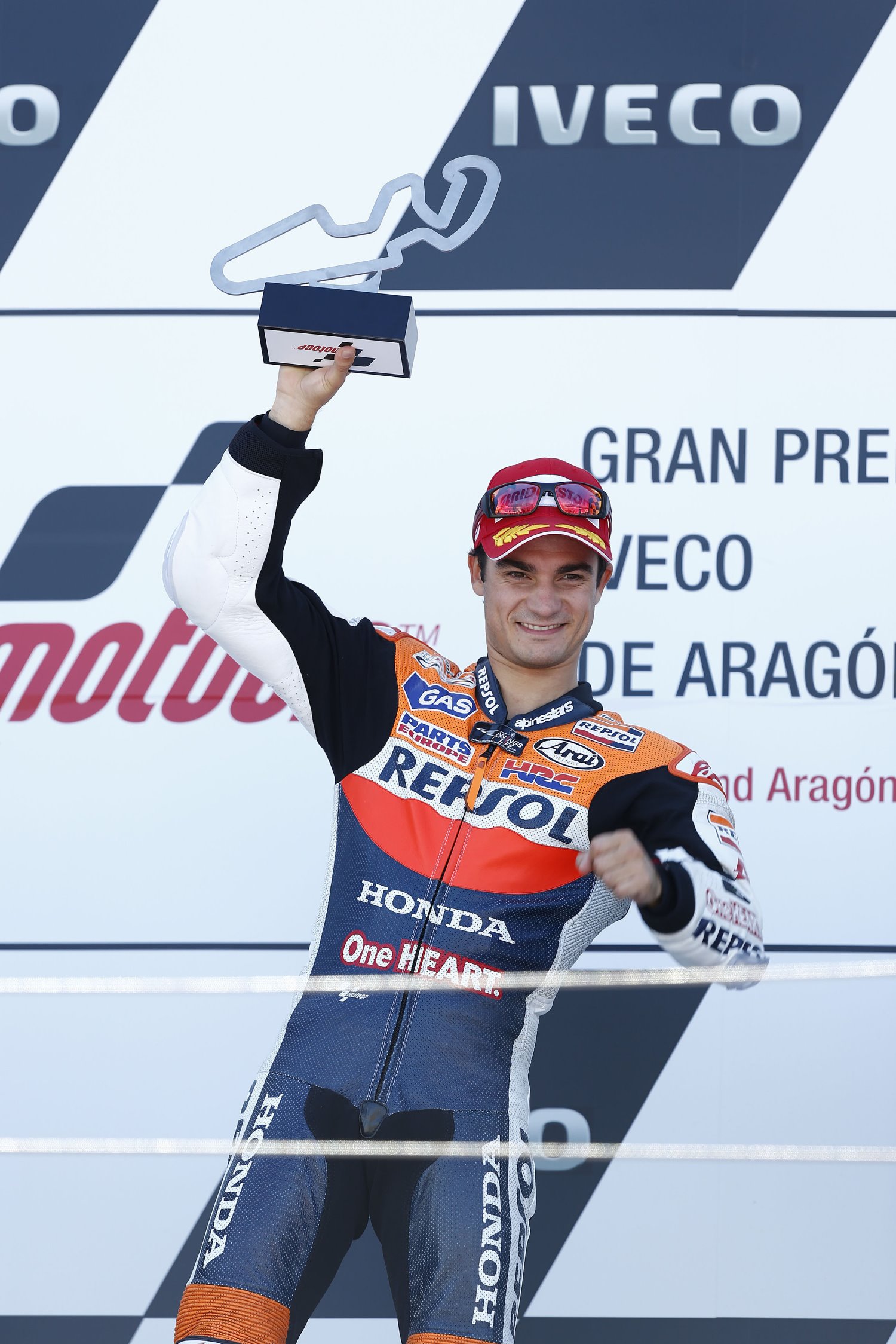 In an intense battle between the two Championship contenders, it was Repsol Honda's Dani Pedrosa who emerged as victor, for the fourth time this season.

After an early crash in yesterday's qualifying session, Dani's team had to completely rebuild the bike to prepare for today's 23 lap race and the dominant victory was the best present for himself and his crew on his birthday weekend.

Starting from second on the grid, Dani took the lead on the seventh lap, after setting the fastest lap of the race on lap 3 (1'49.109) and running consistently in 1'49's he pulled away from Lorenzo until crossing the finish line with more than a 6 second gap. Pedrosa is now 33 points behind Lorenzo in the World Championship standings with 4 rounds remaining.

Honda lead the Constructors Championship by 6 points as they head to their home Grand Prix in Motegi, Japan. It will be confirmed next week by Honda Racing Corporation if the 2011 World Champion, Casey Stoner, will return for the next round in two weeks time, he remains 3rd in the standings with 186 points.