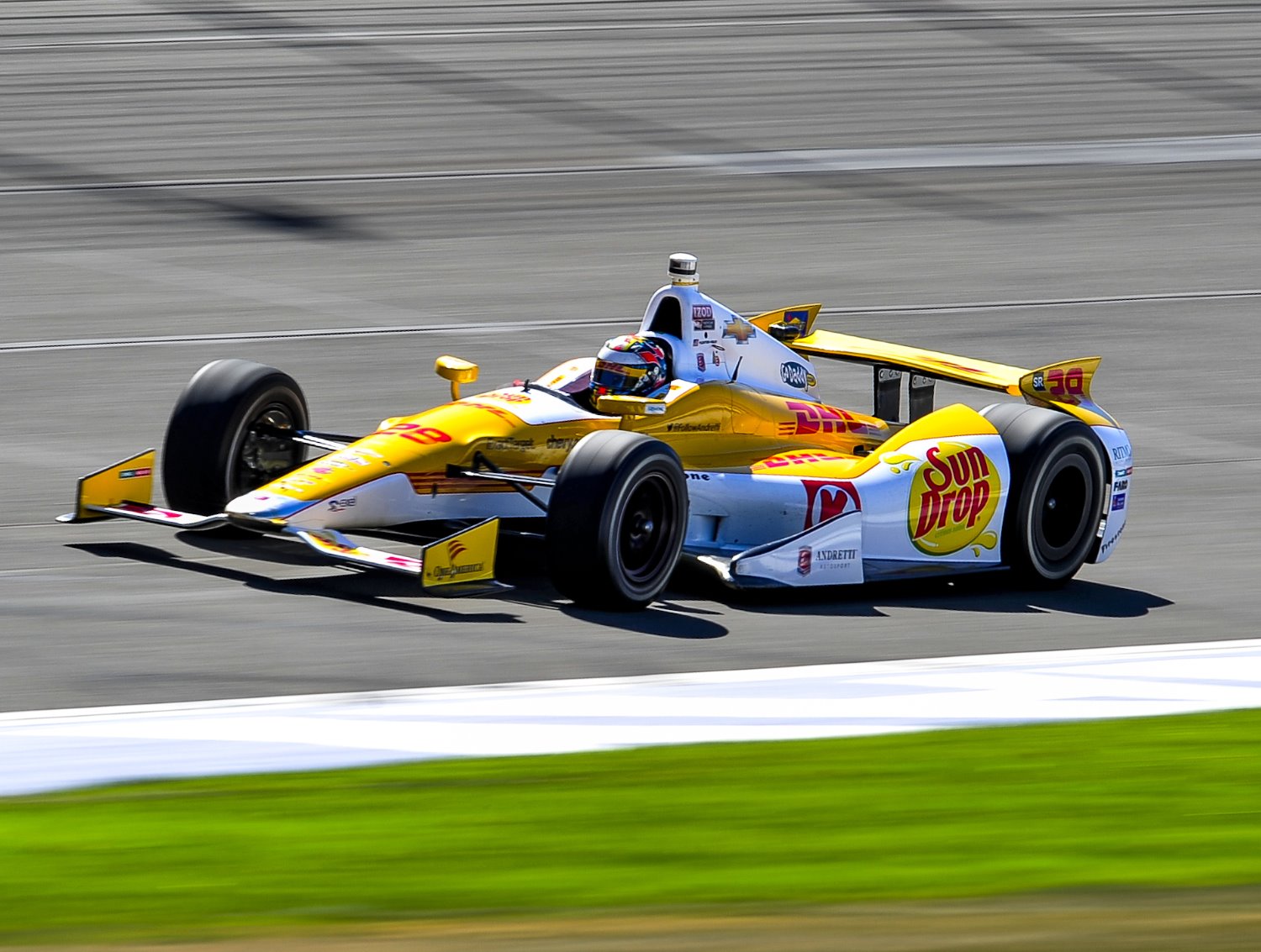 Perhaps you noticed that IndyCar just finished its best season since the organization was known as Championship Auto Racing Teams and NASCAR was considered a regional sport with a drawl.

The product on the track was the finest in a decade, with more power and more passing and all-around better competition. Long Beach saw that first-hand in March with new muscular engines and a chassis that advocated passing. While the Big Three race teams (Penske, Ganassi and Andretti) still dominated the podium, nine different teams reached a podium during the 15-race season.

Eight different drivers won races, and the average number of lead changes per race was 10. In the season finale in Fontana, there were a stunning 30 lead changes.

But chances are you didn't notice.

The IndyCar season was a mere 15 events long and it lasted just 6 months, from March to September. Length of season is the only thing IndyCar and the NFL have in common. NASCAR runs 36 races in a 10-month schedule. That's a lot of left turns.

And while you can't turn on the TV these days without hearing about NASCAR, two-thirds of the IndyCar season was televised on cable. The series gets less national media coverage than the LPGA, WNBA and perhaps even the National Lacrosse League.

So while IndyCar proved many points in 2012, it's still way behind on the scorecard. As good as the product may be on the track, there's still a lot of in-fighting off it.

Start with the schedule. Fifteen races provide very little in the way of continuity, especially in comparison to NASCAR's whopping schedule, which includes multiple races every weekend. CEO Randy Bernard promised 17 races in 2012, but the planned return to Las Vegas was canceled after Dan Wheldon died during the 2011 race, and China pulled the plug on an international date.

As a result, there was a full-month lull between the April 29 road race in Brazil and the Indy 500 in May. There was also a three-week vacancy in August. NASCAR's season starts in February and ends in November with nary an empty weekend to be found.

For 2013, Bernard expects there to be at least 17 races, including new road races in Houston and Providence and an oval stop at Pocono, which once was a staple on the CART schedule. There's also talk of a return to Texas Motor Speedway.

To increase exposure, he also wants to schedule doubleheaders at some tracks – an idea which hasn't been embraced by race teams – and create a Triple Crown series for the ovals (Indy, Pocono and Fontana) even though attendance for the oval dates is soft.

The TV schedule is even more distressing. The current deals with ABC (five events) and NBC Sports Network (10) – once known as Versus – run through 2018, a hideously burdensome contract. While ABC posted a good rating for the Indy 500, its other races struggled to top a 1.0 Nielsen number. NBCSN is a cable outlet that is still hard to find on your cable or satellite dial and gets little promotion on NBC Sports and gets ratings around 0.2.

IndyCar doesn't even get a lot of promotion on NBCSN, not with ABC having the Indy 500 and a third of the TV dates.

It wouldn't be IndyCar without in-fighting, too. The major race teams would like to see Bernard fired because of the deals he cut with the chassis maker, Dallara, and engine makers Chevy and Honda – the reasons why the product is better – that led to increased costs for replacement parts.

He also put in rules that penalize teams for making engine changes the week before a race. The Big Three took it personal and now want him out. As respected as Roger Penske, Chip Ganassi and Michael Andretti may be, putting them in position to set the rules probably is counter-productive for racing.

Watching Simon Pagenaud of Schmidt Motorsports earn four podiums is a good thing, as was the return of Rahal Letterman racing with Takuma Sato and watching long-dormant teams from Dale Coyne and Ed Carpenter take a checkered flag.

Next season, there will be two engine manufacturers. Lotus, which got off to a slow start and finished the season with one entry, will drop out. The rumors of Ford jumping in have stalled with the economy.

The series title won by Ryan Hunter-Reay gives IndyCar its first American series champ since 2006 and first in a unified series season since 1996. This is considered a plus when it comes to luring in more sponsors, and Bernard and the sport in general are committed to North America.

One just wonders if potential sponsors, like the general public, noticed at all. Long Beach Press Telegram