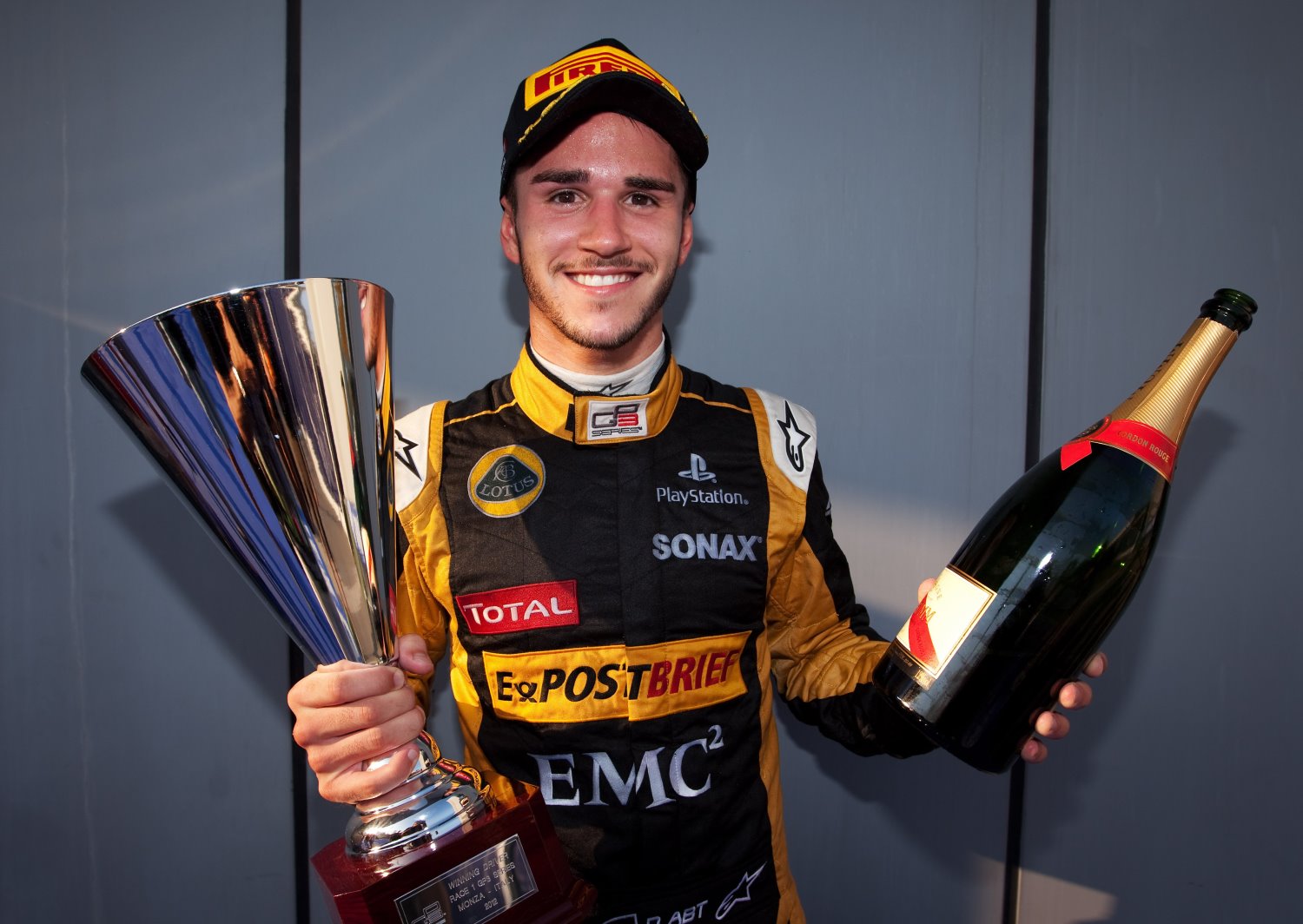 Two wins in seven days. Daniel Abt claimed his maiden win in Spa and now pockets a further 25 points at Race 1 in Monza, the final round of the season. The win was vital for the German, as it has kept his championship hopes alive in a race where Series leader Mitch Evans failed to finish, and Antonio Felix Da Costa and Aaro Vainio didn't score, thus ending their championship chances with one race remaining. Tio Ellinas and Matias Laine joined Abt on the rostrum.

Evans started from pole position but it was teammate Laine who made the best getaway, moving into P1 with Ellinas sneaking into P2. Evans ran wide at the first chicane, running over the curb and suffering damage to the car, forcing him into the pits. The team were unable to fix the car, with the New Zealander having to watch forlornly and wait for the performances of his rivals to know whether he would become GP3 Series Champion.

Felix Da Costa passed Laine for the lead early on, but the Portuguese driver was about to run into some back luck after suffering technical issues with the car, which dropped him back through the field; the Carlin driver eventually finishing 15th, scoring no points.

On lap five Abt raced into P1, after he had made one of his trademark lightning starts, going from P7 to P3 when the lights went green. The battle was on for P5 with David Fumanelli, Conor Daly and Patric Niederhauser in the mix, with the American coming out on top at the close of the race.

Ellinas, who been switching places with Vainio in the tussle for second, passed the Lotus GP driver and then set his sights on catching the German in the lead. As the laps counted down time ran out, but it was the best result for the Cypriot driver, bringing his Marussia Manor Racing car home in second place.

After the drivers had crossed the checkered flag Vainio received a twenty second time penalty for ignoring yellow flags, which dropped the Finn from P3 to P11. This was a costly error, as the points lost halted his charge in pursuit of the GP3 title. This left two men in the fight for honors, Abt and Evans.

The order at the flag was therefore Abt, Ellinas, Laine, Daly, Niederhauser and Fumanelli, with Marlon Stockinger coming through the pack impressively after starting P15 to finish seventh, ahead of tomorrow's poleman Giovanni Venturini, Tamas Pal Kiss and William Buller.

Lotus GP celebrated winning the Teams Championship for the third year in a row after pocketing the points for Abt's win and Daly's fourth place, which took them to 366.5 points, with MW Arden now comfortably in second, 63 further points back in second.

GP3 Race 2 starts at 09.00 am local time tomorrow morning, the final race of the year. The drivers champion will be decided; it's going down to the wire, the best possible way to conclude a fantastic 2012 GP3 Series season.

There will be a press conference with the GP3 Champion at 12.30 pm in hospitality tomorrow (Sunday).