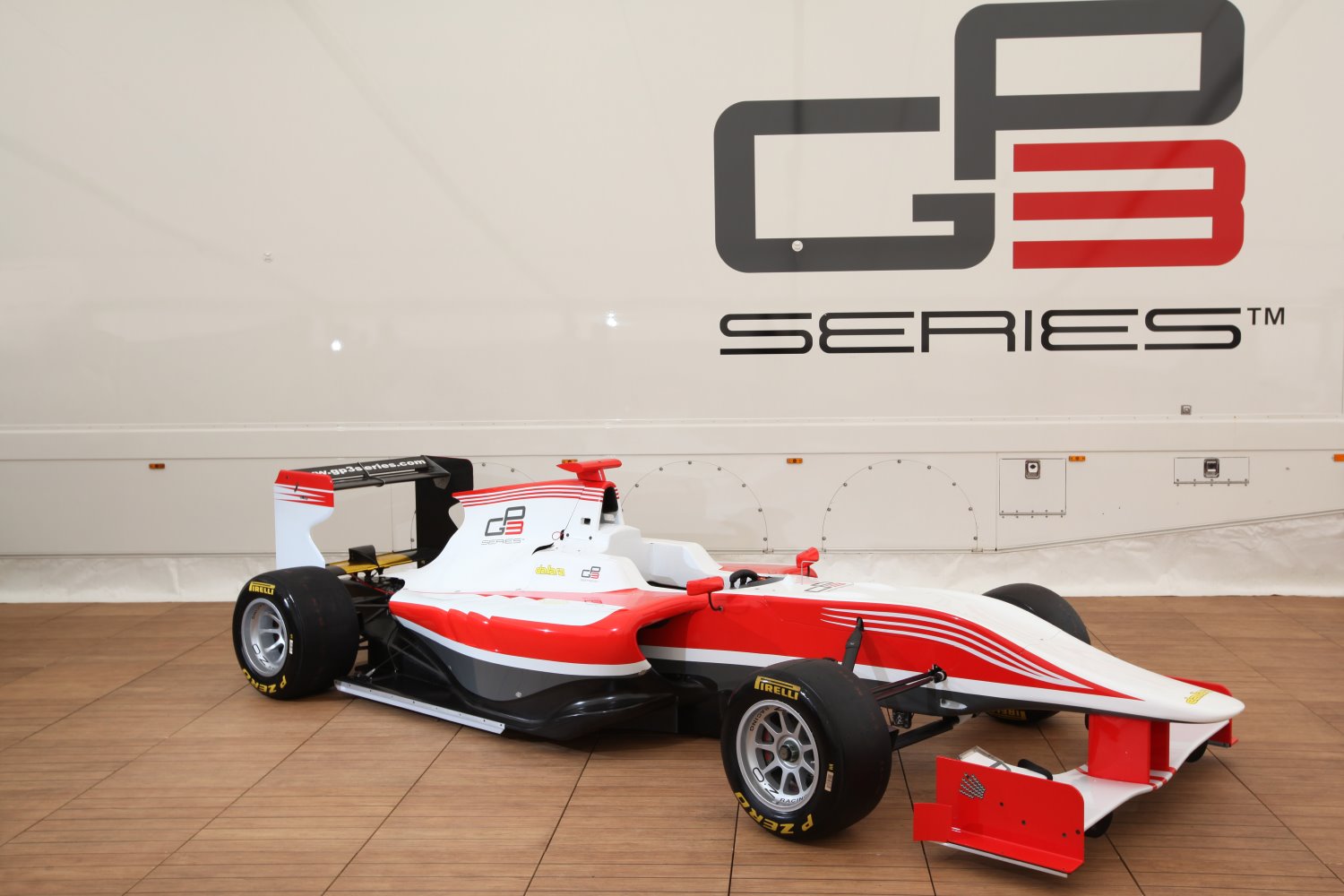 The wait is over! This evening all eyes were on the new GP3/13 car which was revealed to the world's media in Monza. The second generation car was unveiled in the GP3 hospitality ahead of the final round of the 2012 season.

As previously announced, the second generation car has a naturally-aspirated 400hp engine compared to the current 280hp and the recent development tests have shown that the car is expected to be at least three seconds faster. The GP3/13 also enjoys a new nose, sidepods and engine cover. The modifications will raise the expectations of the Series and it will provide an even more manageable step to progress up between GP3 and GP2.

GP3 Series CEO Bruno Michel said: “I am very proud of this new generation car. Our main objective was to make sure that GP3 remains the best way to prepare young drivers for the next steps, GP2 and F1, which is why we designed a more powerful and more selective car that – among other things reduces, the gap between GP3 and GP2. In order to do so, we carefully assessed the different single seater categories below GP2 and took into account observations from our drivers and teams. We’re convinced that the way we’ve positioned the GP3/13 is the right one for the next three seasons.

“Even if the car has evolved quite a lot, the costs will be almost similar to what they were before. That was key. The teams will not have to buy a new car. We will provide them with a development kit. It was quite a challenge seeing how the aerodynamics and the engine are different. And speaking of the engine, we go from 280 to 400hp for the same price.

“Now, it all boils down to selecting the nine teams for the next three seasons with at least two cars per team, three maximum so we will have a top figure of twenty-seven cars on the grid. We will announce the teams entry list soon.

“We will keep a calendar of eight race events in 2013. So far, since the inception of the GP3 Series, the field has always been competitive and I am sure that our new package will be even more attractive to young drivers who will crave to race in front of the GP2 and the F1 paddocks. Racing on the same European F1 tracks and on a car that will prepare them best for GP2 before, hopefully, going further. More than ever before, GP3 is the best logical stepping stone for drivers whose ambition is to move to F1."

Pirelli's Racing Manager Mario Isola commented, "The new GP3 car is a very exciting development for young drivers all over the world and we look forward to supplying our latest generation of tires for it next year, having equipped the championship since 2010. With a significant increase in power we will revise the specifications of our GP3 range in 2013 in order to best suit the characteristics of the new car and enhance the spectacle of the racing. The new car and tires will bring GP3 even closer to GP2, which has firmly established itself as the premier feeder series to Formula One. Our aim is to help prepare young drivers for the pinnacle of the sport as much as we can and this will be reflected in next year’s GP3 tire range."

GP3 Series 2010 Champion Esteban Gutierrez remarked, "The new car looks and sounds great, and I think the GP3 Series will be even more competitive now since the car has more power. It is a fresh look so I think it will be very positive for the Series."