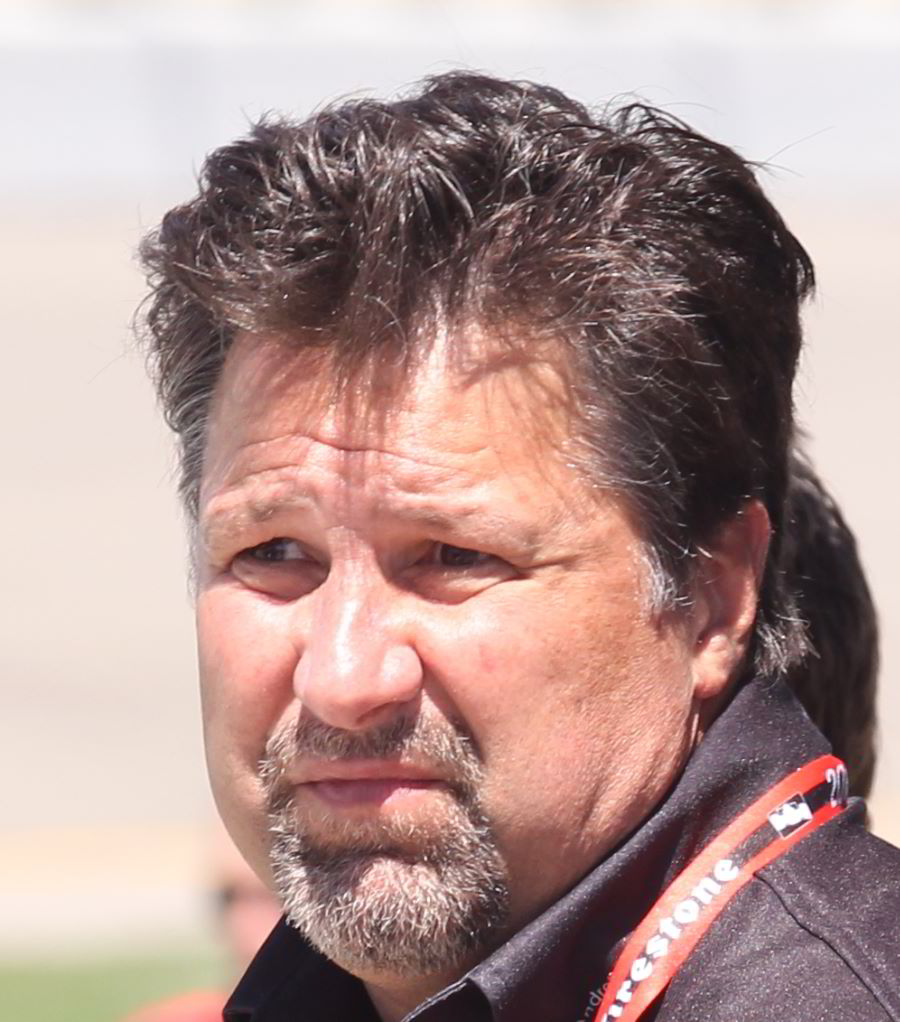 J. P. Grant III knows far more about financing than he does about auto racing. But he is a big civic booster, and he believes that the Indy-car race on the streets around the Inner Harbor can become like the Preakness — only with more horsepower.

Before he and a concrete contractor, Greg O’Neill, formed a company to save the race in the spring, Grant, a 58-year-old Baltimore native, thought it would be a good idea to hire a racing expert as a promoter to run what is now called the Grand Prix of Baltimore.

He found his man, not surprisingly, in Indianapolis. His name was Michael Andretti.

Of Michael Andretti, 49, the son of Mario Andretti, Grant said: “This is his business. This is his life. This is what the Andretti family does. They’ve been in this for three generations — Mario, Michael and now Marco."

Michael Andretti, the former Indy-car champion who also raced (with much less success) in Formula One overseas, also owns three of the cars entered in Sunday’s race. Andretti Autosport is one of the three top teams in the IndyCar Series, along with those owned by Roger Penske and Chip Ganassi.

Andretti is still in racing to win, but his side business as a race promoter has taken off. Andretti Sports Marketing was hired to revive what had become a moribund event in Milwaukee in June, and the weekend of racing, not to mention Andretti’s company, received glowing reviews.

“At first when I heard about Andretti Sports Marketing, it concerned me a bit with everybody in the organization being stretched too thin," said Ryan Hunter-Reay, who drives Andretti’s Indy cars with Marco Andretti and James Hinchcliffe. “It doesn’t seem to be really getting in the way at all."

Hunter-Reay still has a chance to win the series championship even though he has fallen to second place behind Will Power, who drives for Penske. Michael Andretti, who won 42 Indy-car races as a driver (only 10 fewer than his father), will be making calls from the pits Sunday into Hunter-Reay’s headset.

“Michael takes everything very seriously," said Randy Bernard, the chief executive for the series. “He wants to win at racing cars. He wants to get in and do everything the best he can."

Not long after the Orioles ended a successful homestand on Thursday at Camden Yards — which the Indy cars will drive around Sunday — Andretti, wearing jeans, running shoes and a pressed white shirt with the race’s new logo, swept through the Baltimore Convention Center, set to inspect the scene.

A weekend of racing in Baltimore last year, which ended with an IndyCar Series victory by Power, was largely considered to be an artistic success. The drivers liked the temporary street course, even if it was bumpy in stretches, and there were plenty of things for fans to do besides watch fast cars. Attendance on the last day of racing was estimated at 75,000.

“It’s the setting," Andretti said. “This has the potential to be one of the main stages of Indy-car racing."

The downside, and it was enormous, is the event was in huge financial trouble. Last year’s inaugural event was so costly that the race organizer, Baltimore Racing Development, could not pay its bills. A second group, Downforce Racing, was hired in February to resuscitate the event, but it failed to meet city-established benchmarks.

Grant and O’Neill, working separately, were interested in providing financial support to save the race, but time was running out. Both were referred to Andretti, who liked the event in Baltimore, too. He said he thought “a ton" of expenses could be trimmed.

Grant and O’Neill’s new company, Race On LLC, took on Andretti Sports Marketing in mid-May to run the show. Only 100 days remained before the race was scheduled to be held. Last year’s organizers provided a road map to planning and staging, and Andretti took it from there, hurriedly.

Certain attractions, most notably a beach volleyball competition, were eliminated; concerts and a family fair remain. The new organizers are not giving away as many tickets or offering as many at a heavy discount. Grant says he is unsure if the three-day event will draw as many as it did last year.

But the buzz, he said, has been largely positive around Baltimore. Grant and other race officials have made an effort to connect with restaurants and businesses in adjacent neighborhoods that felt left out last year.

“I don’t know how many meals I’ve had in Little Italy — and they’re good," Grant said.

The 12-turn, two-mile street course had been modified only slightly for this year’s race, with Andretti making a call to eliminate a temporary chicane, or series of quick turns, that was built last year on Pratt Street, at the start of the longest straightaway on the racetrack.

Just after 8 a.m. Friday, as the warm late-summer sun streamed through downtown canyons, the first practice sessions were held — and a problem arose. Race officials quickly went to work on smoothing a particularly big bump near the site where the speed-scrubbing chicane was last year.

But the streets had been cleared and closed, surrounded by concrete barriers topped by thick catch fence. Fans flocked to the seats to watch practice, and businesses along Pratt Street girded for a heavier flow of foot traffic. A street fair of speed was on.

Andretti laughed self-consciously when he was told he has been called a “savior" of Indy-car racing. He said he is only a hired hand for Grant and O’Neill and for a city he had not known very much about.

“We’re in trouble if I’m the savior of Indy-car racing," he said. “I just love it that we’re going to help." NY Times