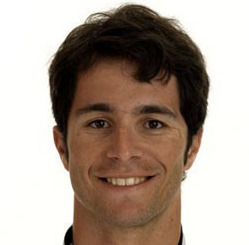 Veteran Bruno Junqueira will drive the No. 67 Sarah Fisher Hartman Racing Dallara/Honda/Firestone car in this weekend’s Grand Prix of Baltimore as a substitute for the team’s full-time driver, Josef Newgarden, who was injured in last weekend’s IZOD IndyCar Series race in Sonoma, Calif.

Newgarden had surgery Tuesday to repair a broken left index finger suffered in a violent crash on lap 65 of the GoPro Indy Grand Prix of Sonoma. He and team officials are focused on the IZOD IndyCar Series 2012 season finale at Auto Club Speedway, September 15 for his return.

“I’m really disappointed to not be in the car this weekend but I know Bruno will do a great job for SFHR," Newgarden said. “I’ll be in Baltimore helping Bruno and the team in any way I can and focusing on healing for Fontana."

Noting Junqueira’s IndyCar experience, Fisher said the team is confident it found the right substitute for this weekend.

“It is lucky that we were able to call on Bruno for this weekend's race," said Sarah Fisher, co-owner of Sarah Fisher Hartman Racing. “He has had great results prior to climbing into the No. 67 car, and I hope we can give him the right platform to bring home a solid finish this weekend in Baltimore. I know Josef is disappointed in the circumstances, as we all are, but this team is being built around him and his seat will be ready for him when he’s ready. We look forward to a healthy and speedy recovery for Josef."

SFHR co-owner Wink Hartman believes the No. 67 car will be in good hands in Newgarden’s absence from the cockpit.

“I am sure it will be difficult for Josef to stand by me in the pits during the Grand Prix of Baltimore, but I know he agrees that Bruno will take good care of the 67 car while he’s healing," Hartman said. “SFHR will continue its success and Josef will be back in the seat soon."

Junqueira, from Belo Horizonte, Brazil, is currently competing full-time in the American Le Man Series presented by Tequila PatrÂ¢n Prototype Challenge (PC) class. He sat on the pole for the Sebring 12 Hours race and just recently won at Mosport Park in Canada. He and his RSR Racing team have been front-runners all season.

“I am very happy to be back in IndyCar with SFHR for the Baltimore race weekend," Junqueira said. “Sarah’s team is very organized and has been fast all season. They have done a great job with Josef and I hope to give them a good race weekend in Baltimore while Josef is healing."