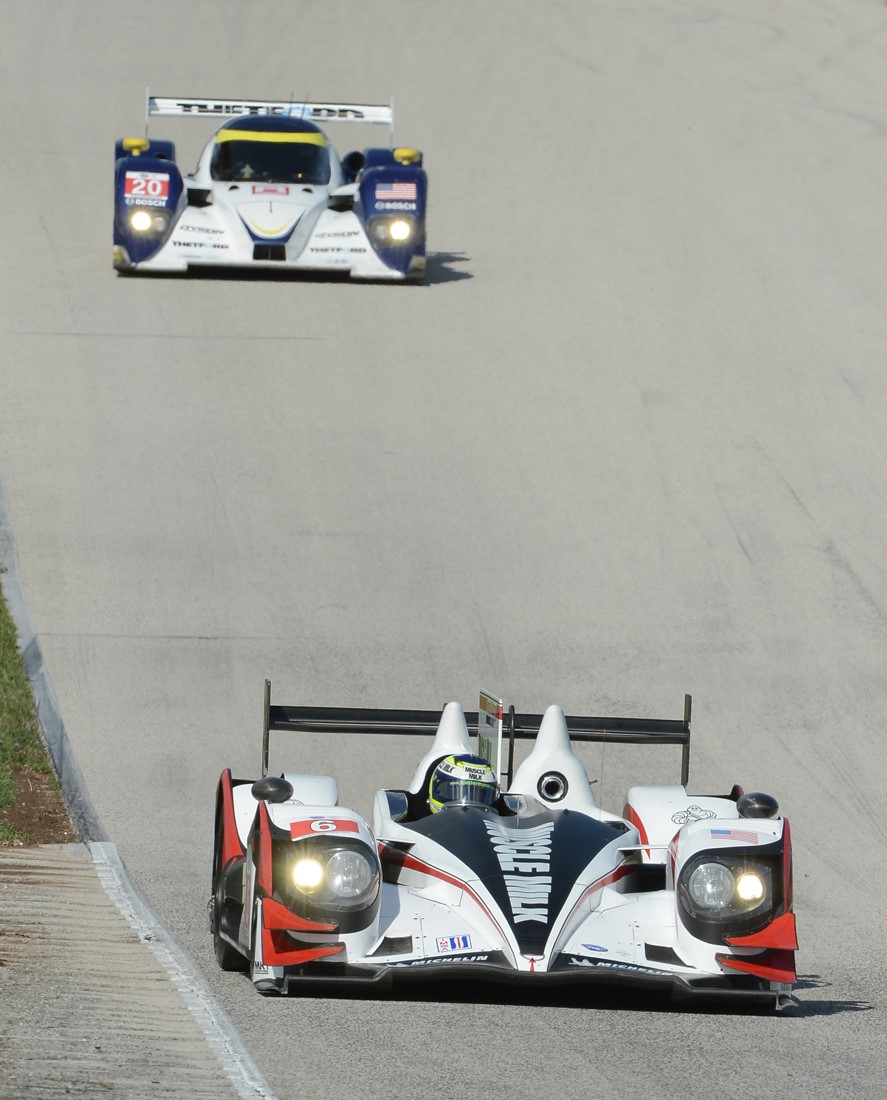 Records will show Guy Smith finishing 0.083 of a second ahead of Lucas Luhr after four hours and 404 miles Saturday, eclipsing the series mark set here a year ago and reversing the finish of one year ago.

They won't show how Smith and Chris Dyson fought their way through the 35-car field after starting in the back of the field when a faulty gearbox kept them from qualifying. . . .

Or how a water leak on the car Luhr shared with Klaus Graf turned Graf's 1-minute lead into a four-lap deficit. . . .

Or how, with the benefit of cautions and sheer speed, Luhr made up all that distance on a 4-mile track to get to Smith's tail and then passed him in the last corner of the race. . . .

Or how Smith's Mazda powered up the hill in the three-eighths-mile run to the finish line for Dyson Racing's first victory at Road America since 1987.

"Last year was pretty close, and I obviously never expected anything to beat that," said Smith, who in 2011 fell 0.112 of a second short of Graf.

"This was pretty exciting."

In the seven ALMS races at Road America – all of them at least 2 hours and 45 minutes – none has been decided by more than 7 seconds.

This one shaped up as the exception when Luhr dominated qualifying and Graf pushed their Honda to a half-lap lead. But that changed 40 minutes in, when Graf came in and the bodywork came off. He was 16 miles behind when he left the pits.

"I was like, 'Oh, well, it's early,' " said Dyson, who saw Luhr and Graf overcome a similar setback to win at Lime Rock Park when Smith suffered a punctured tire.

"It was just like having a big first inning in baseball. We had to see it through to the end."

Luhr caught three key caution flags, the last that put him within 14 seconds and 22 cars of Smith with 19:30 to go.

On the first lap of green, Luhr passed 17 lap-down GT cars and slower prototypes to move to fifth on the track, and within six laps he was all over Smith.

"I went for holes in traffic where there were no holes," Luhr said.

So did Smith, who seemed get through traffic more smoothly and get a great drive off each corner with his Mazda power and low-down-force setup.

On the final lap, Luhr looked to the inside in Turn 12 and then took his shot to Smith's inside through the right-hand 14 and came out ahead. But not for long.

"It was like, 'Do I defend, or do I not?' And I thought I had it covered," Smith said. "To be fair, he made a really good move. He came off the brakes and got past me and I was pretty disappointed.

"At the same time, I knew the way he passed me, if I slowed the car and could get back inside I'd be able to slingshot past him."

Luhr moved over to his right to defend but just wasn't fast enough when it mattered most.

"I went full on the throttle and I used everything I had and he still was beside me," Luhr said. "I don't push somebody into the pit wall or something, so he got the race." JSOnline.com