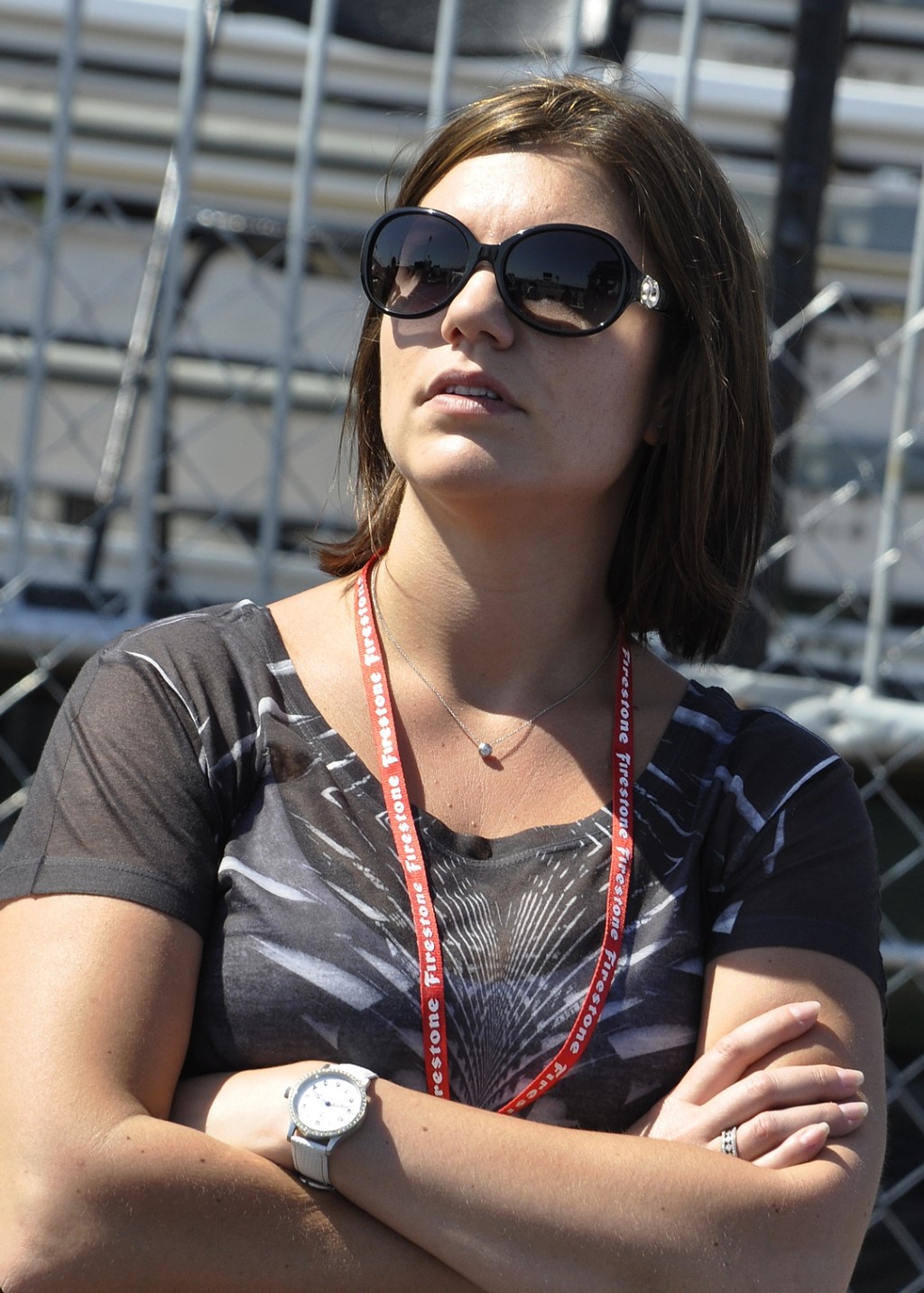 Following the Indianapolis 500, the IZOD IndyCar Series' Dragon Racing was forced to reduce their two-car team to one car, leaving rookie Katherine Legge and her teammate Sebastien Bourdais to split the rest of the season. In a recent IndyCar teleconference, Legge said she's looking forward to getting back on track and working on things for next season.

"It was really disappointing when Sebastien and myself couldn't do all of the races each, if you like, like it was planned to run two cars for the full season," said Legge. "Yeah, I'm just really, really looking forward to getting back in the car. It's been difficult. We're so grateful to Chevrolet because without them we'd be in a really bad place right now. They've been the knights in shining armor, if you want. They came to our rescue. We're building, improving, and hopefully we can do the same at Sonoma and look forward to next year almost now. That's what we're working on already."

Legge, who became the first woman to win an open-wheel developmental league race in North America in 2005 in the Toyota Atlantic Series, will be competing in the season finale at Auto Club Speedway in Fontana, California on September 15th, while Bourdais will race on the streets of Baltimore on September 2nd. Legge has a two-year sponsorship agreement with TrueCar and the Women Empowered Initiative, which is sponsoring six female drivers in a variety of series.

"I think it's really a ground-breaking initiative that TrueCar is doing, supporting the six of us, endeavoring to get us the best equipment to succeed," said Legge. "It's definitely very cool to have a family atmosphere towards it. We're helping each other out, speaking to each other. It's a process, and TrueCar understand that. I think TrueCar are very happy that we're on schedule with our improvements and our progress."

"It's not going to happen overnight that all six of us are on the podium," continued Legge. "They're empowering us with the tools we need to succeed. Like I said, it's a process. We will succeed. It's going to take time. But, yeah, it's a very, very cool initiative."

Legge, who also competed in the Champ Car World Series, currently sits 26th in IndyCar points; she finished 15th on oval tracks twice this season (Texas and Iowa), her best marks for the year. While she has been with Dragon Racing at the track even when she's not competing, she admits it has been a difficult task. "It's brutal," said Legge. "It's really hard because you want to be out there. You want to be driving. You want to be competing. Yeah, especially when he's doing well, you think, 'That's a good car, I wish I could be driving that now.' It's like Mid-Ohio. You kind of feel good for them, but it's frustrating more than anything."

"But…this year's been a lesson in patience for me and I've definitely grown as a person," continued Legge. "You have to look at the bigger picture and realize the opportunities you've been given and how to make yourself the best you can possibly be moving forward. Yeah, it's a battle inside of yourself emotionally. You just have to get control of that. I think I've done a remarkable job of it really."