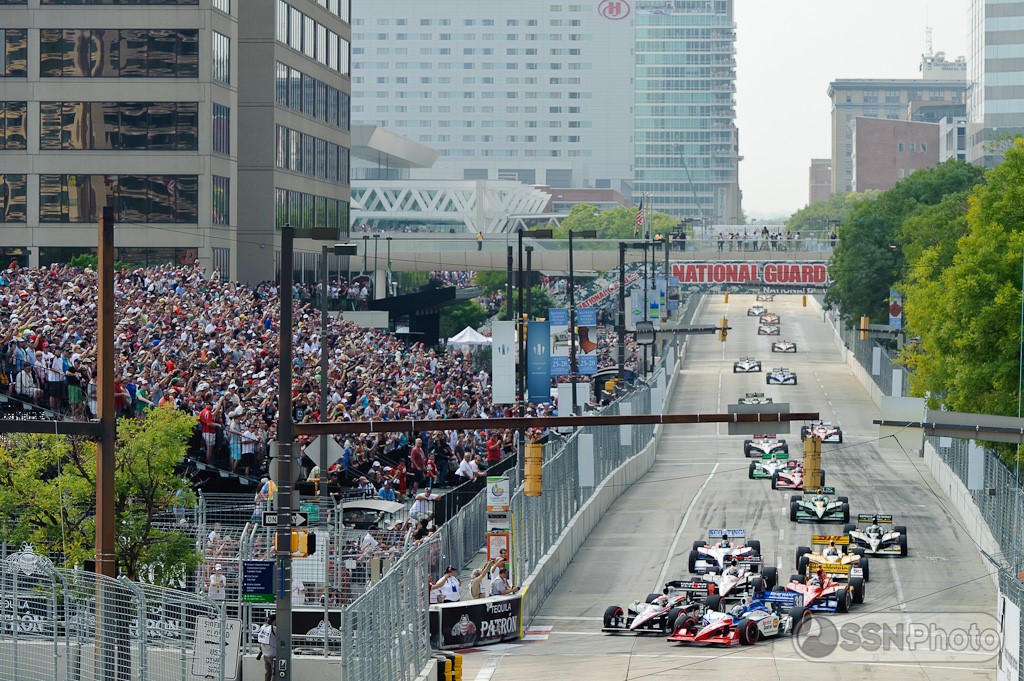 "For the Grand Prix of Baltimore, we are building in sections around the city instead of the traditional method of building a track in sequence," explained Tony Cotman, founder of NZR Consulting, the track design and construction company working with Andretti Sports Marketing. "This is far more difficult and time-consuming, but it's done to allow businesses access until the latest possible time before the Grand Prix."

Construction will take place only at night to lessen the impact on traffic and business in the downtown area.

"Choosing to build the circuit in the manner we've designed is part of our overall commitment to minimizing the impact on businesses and commuters," said Tim Mayer, general manager of the Grand Prix of Baltimore for Andretti Sports Marketing. "'Baltimore is open for business' is a phrase we focus upon each day."

Josef Newgarden, the 22-year old driver who finished second in the Indy Lights race at Baltimore on his way to winning the 2011 Indy Lights championship, is now a rookie in the IZOD IndyCar Series.

"Removing the chicane will be great for the race. I think it will really promote passing and make for good competition," said Newgarden. "It was a phenomenal crowd last year in Baltimore. You don't see that happening very often with a first time event. There were a lot of new fans that embraced IndyCar in the city. It was definitely one of our best events last year, so it should be even better this year!"

The Grand Prix of Baltimore is operated by locally owned Race On LLC and promoted by Andretti Sports Marketing. Tickets and race information can be found at the official event website: http://www.RaceOnBaltimore.com.

Daily traffic and construction updates will be posted via the event Twitter feed: @GPofBaltimore and the event Facebook page at: www.facebook.com/GPBaltimore. Event questions and comments can be posted via Facebook, or use the hashtag #GPoB on Twitter.

Volunteers Needed : Many volunteers are needed for a variety of duties for the Grand Prix. More details and applications can be found in the Volunteer section of the www.RaceOnBaltimore.com website, via email at volunteers@andrettisportsmarketing.com or by calling the volunteer hotline at: 443-759-4208.