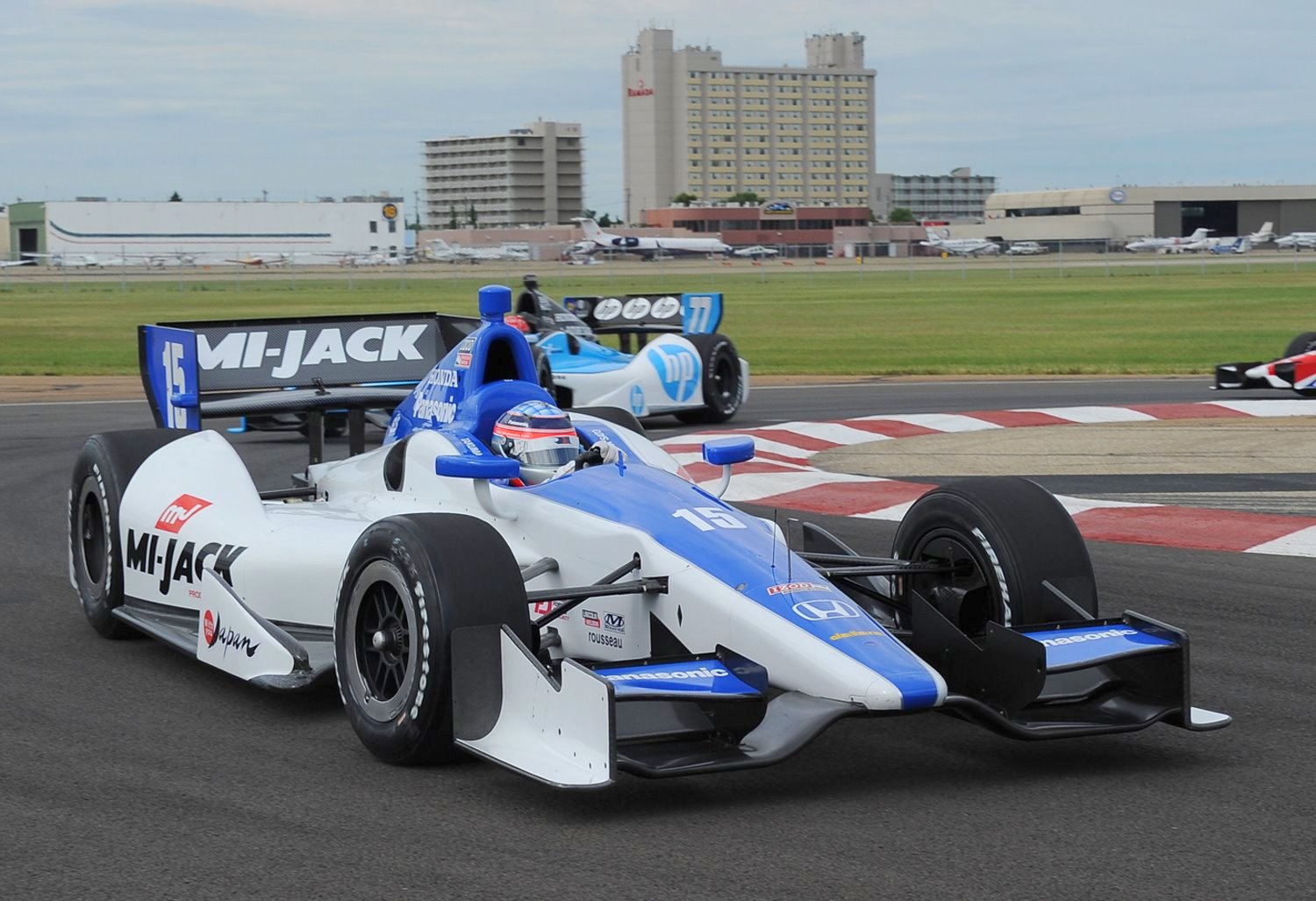 When Takuma Sato got around the car driven by Alex Tagliani in Turn 5 of Lap 55, there were 20 laps remaining and one driver standing in the way of him and the top step in Victory Circle.

"It's OK. We'll take a second place, especially after the Indy 500," said Sato of the May 27 race in which he was in contention for a stunning victory until Turn 1 of the final lap when an attempted pass of race leader Dario Franchitti ended with the No. 15 Rahal Letterman Lanigan Racing car in the SAFER Barrier.

"Indeed, we had a difficult race and we needed a good result. Today was the day."

Second is Sato's best finish in three season of IZOD IndyCar Series competition (previous best was third at Sao Paulo in early May). The 2011 pole sitter for the Edmonton Indy, he led 18 laps but finished 12th. In 2010, he placed ninth on the City Centre Airport circuit.

After Castroneves inherited the lead on Lap 53 when teammate Will Power pitted, Sato overtook Tagliani for second place in Turn 5 two laps later. Castroneves led by 1.9380 seconds at the start-finish line of that lap, but the margin slipped under 1 second the remaining 20 laps.

"We never relaxed, to be honest, especially with Takuma right behind me," Castroneves said.

Said Sato, who qualified fourth: "I was pleased about the result, but I was frustrated. We were challenging for the win. It was a little bit disappointing from a pure driver's point of view because we just simply didn't win it. But it's great, still great.

"I made up a few good places. In the end, yes, Helio and Penske were strong. Shame we couldn't catch him up. Nevertheless, it was a great result."

Sato joined Rahal Letterman Lanigan Racing early in the year as the veteran Indy car team returned to full-time IZOD IndyCar Series competition for the first time since 2008. With a new driver, lead engineer (Gerry Hughes), car and Honda engine package, 2012 is experimental in a sense.

"Takuma did a very good job and the whole team did a good job," team co-owner Bobby Rahal said. "It just shows you that if we can help him in the races, the guy has got the speed. It's just a matter of us collectively understanding the flow of the race. The pit stops were good, he drove well and we're obviously very pleased with the outcome."

Added Sato: "Obviously, we always have the motivation and the team has done a great job over the course of the season. We're always progressing. We're looking for the one goal, of course. It's still a long way from second to actually winning the race. It isn't easy at all. But we never give up, so we will push on."