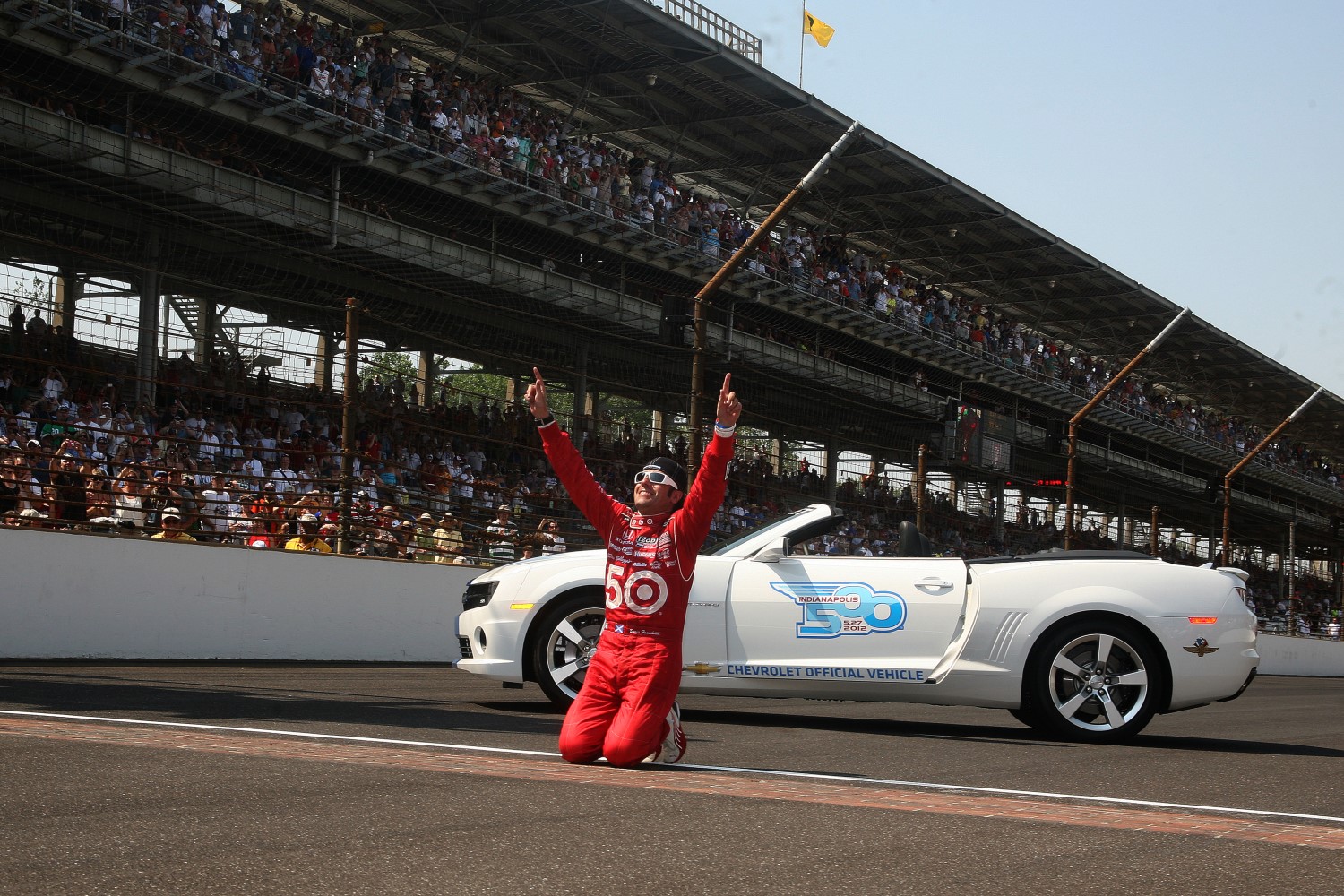 Occasionally, Dario Franchitti will ring up Sir Jackie Stewart for some perspective.

"Jackie, what do I do here?" Franchitti says. "He'll give me some advice. He has such an unusual way of thinking about things sometimes."

If possible, he would do the same with Jim Clark, the fellow Scot who won two Formula One World Championships and the 1965 Indianapolis 500 whom Franchitti holds in highest regard.

"Between (Clark) and Jackie, the guys I wanted to emulate, to drive like," Franchitti says of his youth and appropriate to this day. "I don't have their talent, so I try and work hard. I'm lucky I'm with a great team."

Those elements, in a team sport that shines the spotlight on the individual in the cockpit, have combined to give the Scot three Indianapolis 500 victories (the 10th driver to claim three or more wins). The latest was recorded May 27 in a wildly entertaining – for competitors and spectators – race that featured a record 34 lead changes, including eight in the final 25 laps, in near-record heat.

It was Franchitti's 31st Indy car win, tying Sebastien Bourdais and Paul Tracy for seventh all-time. Ahead are individuals who, like Stewart and Clark, Franchitti admires not only for their on-track accomplishments but their perseverance and love of the sport – A.J. Foyt, Mario and Michael Andretti, and the three Unsers (Al, Al Jr. and Bobby).

Still, he honestly can't see himself in such elite company. Waiting for driver introductions at the Indianapolis Motor Speedway, he and Tony Kanaan were chatting in a quiet corner of the green room when they were approached by Parnelli Jones, Johnny Rutherford and Bobby Unser (who have a collective seven Indy 500 wins).

"(I was thinking) this is cool. T.K. and I were getting our pictures taken. We were like a couple of kids. We were with the legends of the sport," says Franchitti, who was the second driver to win from the 16th starting position in race history.

"I'm very proud — and I've said this before — of the achievements, whether it's Indy wins, championships, every one of the race wins. Sometimes I look back, but generally I'm trying to look forward. When I retire, that's the time to look back and hang out with my friends here, hang over the fence."

With an impressive 17 victories and four IZOD IndyCar Series championships since 2007 (he competed in stock cars in 2008), Franchitti remains grounded in the team aspect of the sport and family, and appreciates his status through the struggles in the mid-1990s to secure and retain an open-wheel racing ride in Europe and his short-lived NASCAR foray.

"I think he's the same old Dario," says Target Chip Ganassi Racing teammate Scott Dixon, the Indy 500 runner-up. "I think he was actually hungrier (entering the 2009 season) because he wanted to prove when he came back that he was still the driver that he was. He's definitely done that — maybe a little too much.

"The thing with Dario, he's always there. Earlier in the day, a lot of guys wouldn't come back from (a pit lane incident that knocked him to the rear of the field) that, mentally be strong enough to get back from that."

Kanaan, a former teammate at then-Andretti Green Racing and a longtime friend, agrees.

"I think this is the beauty of Dario, he will never change," says Kanaan, who finished third in the race. "He's always been picky. He always has his own ways to do things. As a personal friend of mine, it doesn't matter. It's the same Dario that has won zero championships, zero 500s till today.

"He's a guy that appreciates life, friends and family. Thank God nothing got on top of his head about all the winnings he's had. That's why we're good friends."

Franchitti's past two Indy 500 victories and past three series titles have been with Target Chip Ganassi Racing – an Indy car team that has had winning drivers throughout its 22-year history including Juan Pablo Montoya, Jimmy Vasser, Michael Andretti, Arie Luyendyk and Alex Zanardi.

"In Dario's case, we have a guy that hasn't reached his midlife crisis yet, that drives with the experience of his age, but he comes to work every day with the enthusiasm and the intent of an 18-year-old," managing director Mike Hull says. "That's a pretty tough combination to beat."