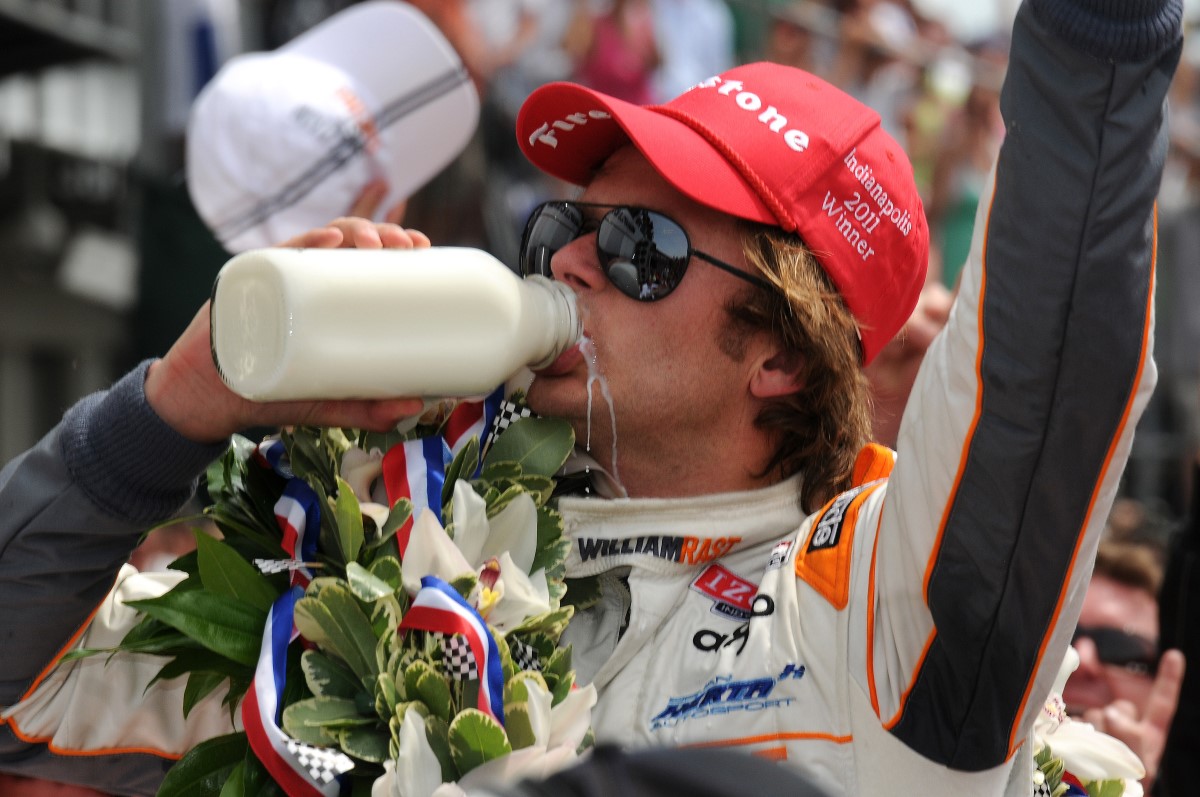 The late Dan Wheldon epitomized the popular notion of a race-car driver: He was fearless, talented, charismatic and dashing, right down to his white-framed sunglasses.

But after Wheldon won last year's Indianapolis 500 in a dramatic finish, the Englishman broke down and cried in Victory Lane. Unabashedly.

Such was the reverence Wheldon held for the Indy 500 and the Indianapolis Motor Speedway that has stood within a residential neighborhood at 16th Street and Georgetown Road for more than a century.

The 250-acre facility is expected to be teeming with at least 200,000 spectators again Sunday for this year's race, and the Memorial Day weekend classic remains a singular event in U.S. sports.

But not like it once did. The Indy 500 once drew a much larger national following as even casual fans tuned into watch drivers named Foyt, Andretti, Unser, Mears and Rutherford race around the Brickyard.

That began changing in the mid-1990s as Indy racing's factions waged a civil war that split the sport in two, NASCAR stock-car racing charged ahead in popularity and the number of sports TV choices exploded.

Indy-style racing reunited in 2008 as the Izod IndyCar Series, and its goal for the Indy 500 is at least to preserve, and hopefully again grow, the race's national appeal.

But it's a tall order. NASCAR remains much more popular; TV ratings for its Daytona 500 surpass the Indy 500 and even NASCAR's own Memorial Day weekend race, the Coca-Cola 600, likely will match or surpass the rating for the Indy 500.

That's a key reason why Danica Patrick, who was IndyCar's most popular driver and longed to win the Indy 500, left the series after seven years to race in NASCAR.

It doesn't help that the national following for IndyCar's other races — Wheldon was killed at its race in Las Vegas last October — also pales in comparison with the attention focused on NASCAR generally. That makes it tough for IndyCar to build the popularity of its drivers leading into the Indy 500.

Even so, IndyCar drivers, executives and team owners remain optimistic, especially about the Indy 500. And with the series using a new car and engines from multiple manufacturers for the first time in years, this year's race is expected to be wide open.

The Indianapolis Motor Speedway does not release attendance figures. But it's estimated that the track's grandstands hold roughly 250,000 seats, and the track appeared 85 to 90 percent full at last year's race. The vast infield holds thousands more.

"They're going to be flat or possibly even a tick up" in attendance this year despite temperatures expected to be in the 90s, IndyCar chief executive Randy Bernard said. Tickets start at $30.

Driver Graham Rahal said he has gauged the Indy 500's attendance rebound in recent years during his pre-race parade laps around the track.

"You can just see the amount of people leaning over the balconies, or how full the suites are," he said. "It becomes very apparent."

Rahal, the 23-year-old son of 1986 Indy 500 winner Bobby Rahal, said that "as much as people try to play up the Daytona 500 and everything, it doesn't have the history that this race does, the tradition. No matter where I go in the world, when you say the words 'Indy 500' they know exactly what it is."

It has been suggested widely that what the sport needs is more American drivers who win frequently — such as Rahal or Marco Andretti — making their names again familiar to households nationwide.

Andretti — whose legendary grandfather Mario Andretti won the Indy 500 in 1969 — acknowledged that it likely would help the sport if he also won its biggest race, but "that's not my approach to the event. My approach is I want to win our Super Bowl."

But Rahal said that "as much as I'd hate to see an Andretti win this race again, it would be really good for the sport, and I'm sure he would probably say the same thing."

Then the cheeky Rahal added with a smile: "If they were smart, they'd rig it." Chicago Tribune