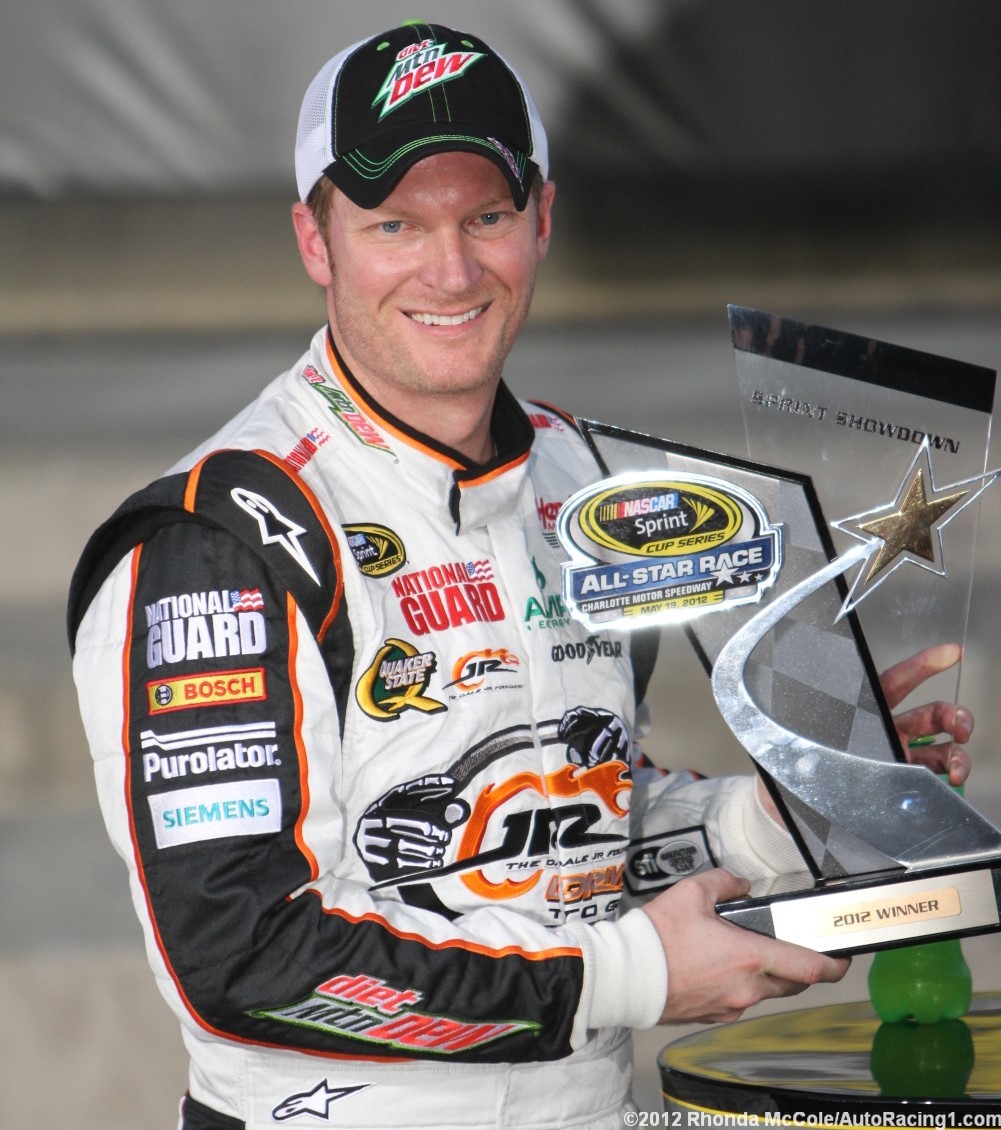 "This is all about going fast right out of the gate," said Earnhardt, Jr. "All the credit goes to the guys just putting the car out on the line and putting a great setup underneath it.

"This is kind of what tonight is about. We would love to win a million dollars and we are pumped up. We think we have a good shot."

Earnhardt, Jr. started on the front row after Allmendinger was forced to pit after his left front tire went flat before the green flag waved.

Once under green, Earnhardt, Jr. got a jump on Truex, Jr. and stormed to the front, leading all 20 laps of the first segment.

Under caution, Earnhardt, Jr. and Truex, Jr. elected to stay out and restarted the last 20-lap segment at the head of the field, with Earnhardt, Jr. getting a good jump to hold onto the lead as Jamie McMurray slipped past Truex, Jr. for second.

As Earnhardt, Jr. pulled away, the battle for the second transfer spot heated up as Allmendinger clawed his way back through the field and began reeling in McMurray with seven laps to go.

With two to go, Allmendinger nudged his way inside of McMurray coming out of turn two and took the spot away to secure second place and earn his second start in the All Star field.

"I couldn't believe we had a flat tire coming up the green," said Allmendinger. "10 races of bad luck, getting used to it.

"I could roll a ton of speed on (McMurray) in the corner. Coming into one, missed the bottom a little bit. At that point it was my only shot. I held it wide open – I didn't care if I bounced off of him, if we both wrecked, I didn't care. I figured we practiced last week wrecking together, so I wasn't scared to do it again."

Bobby Labonte was the winner of the Sprint Fan Vote to claim the final spot in the 23-car All Star field.
Pete McCole/AR1.com