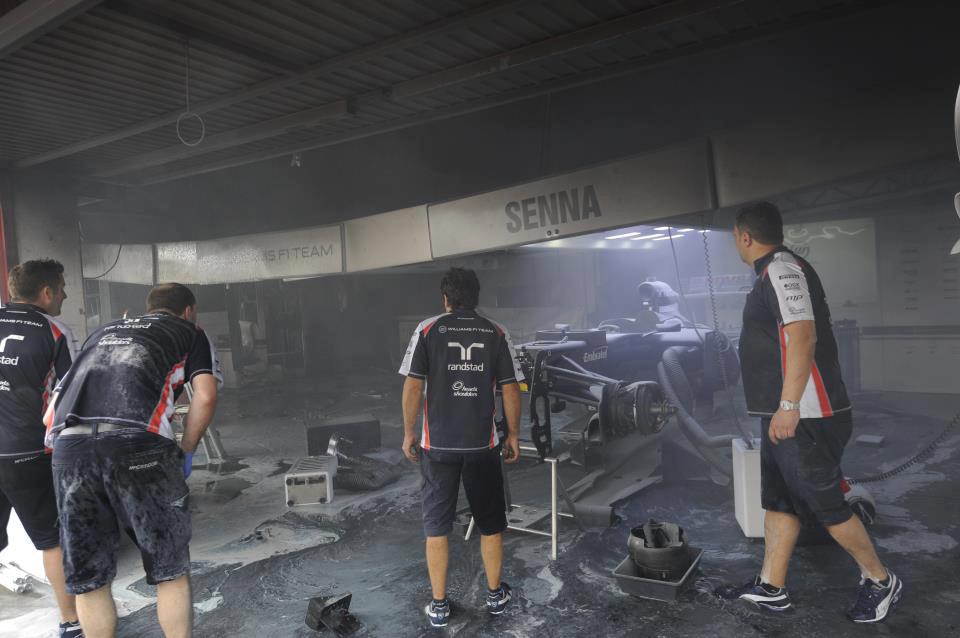 Just two days after the dramatic fire which brought the curtain down on the Spanish Grand Prix weekend, repair work is already almost complete on the Williams garage of the Circuit de Catalunya. The cause of the raging inferno is yet to be identified.

Shortly after Pastor Maldonado, Sir Frank Williams and other members of the team had celebrated the Venezuelan’s maiden victory and the squad’s first since 2004, fuel canisters at the back of the garage appeared to ignite in rapid fashion. Although the flames were quenched in around three minutes, thick and acrid smoke continued to fill the vicinity.

“Regarding the damage, it hasn't affected the building – only the electrical fittings in the garage," a Circuit de Catalunya spokesperson confirmed to GPUpdate.net on Tuesday afternoon.

“In fact, it is almost fixed already because we have MotoGP coming in just over two weeks' time."

Williams F1 and the Spanish authorities continue to investigate the root of the accident, which left 31 people injured to various degrees. One team member remains in hospital but is expected to be dispatched either today or tomorrow.