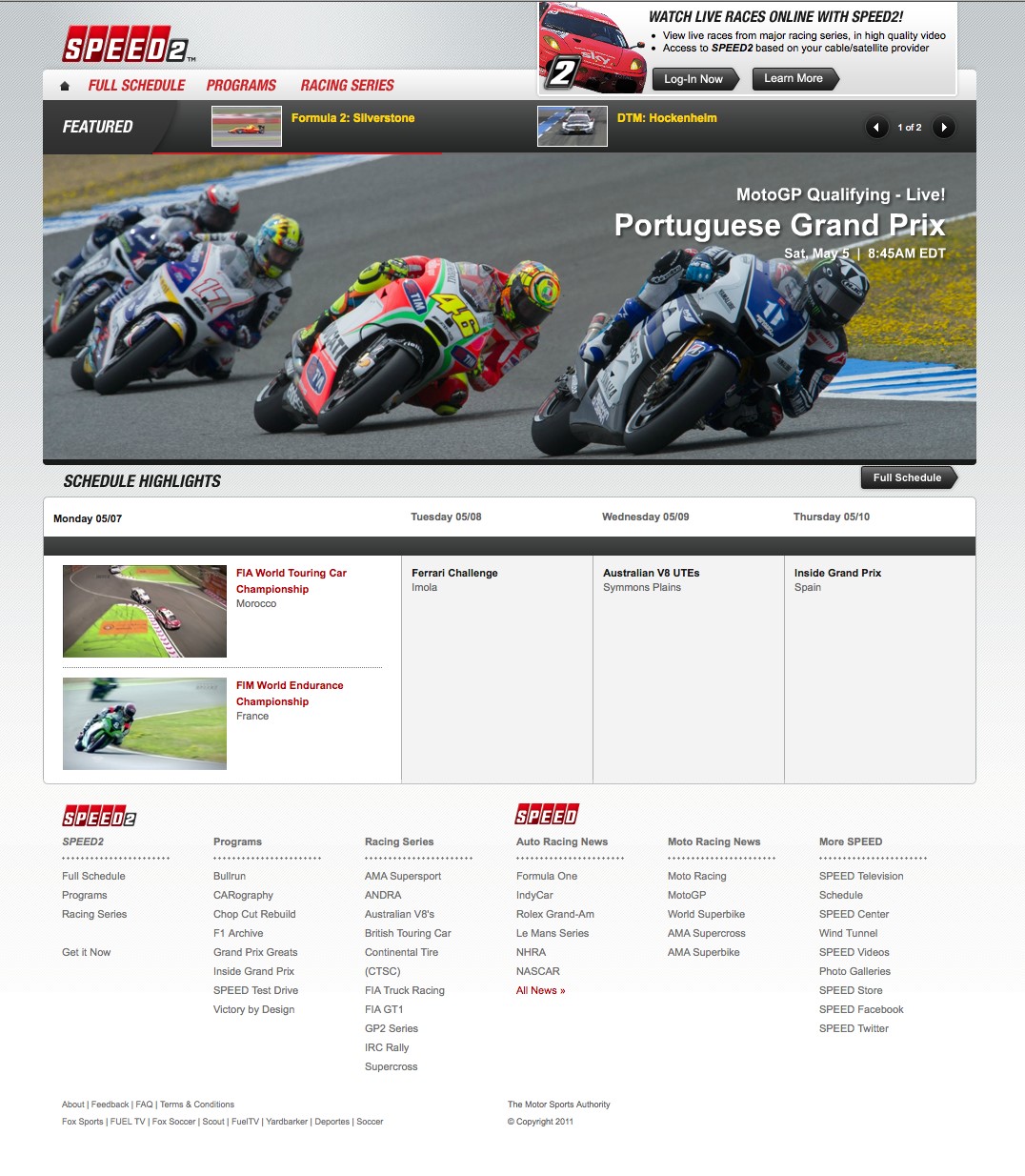 SPEED2, the authenticated broadband network complementing the SPEED linear network, is now available to DIRECTV and Verizon FiOS TV customers. The move expands overall distribution to more than 35 million customers through multiple service providers. Differentiating itself from other broadband offerings, SPEED2 does not require a subscription to any specific Internet service.

In addition to motor sports content, SPEED2 also carries an extensive automotive and motorcycle enthusiast programming library from SPEED’s 15 years on the air, including the popular series American Muscle Car, Behind the Headlights, Back in the Day and Victory by Design.