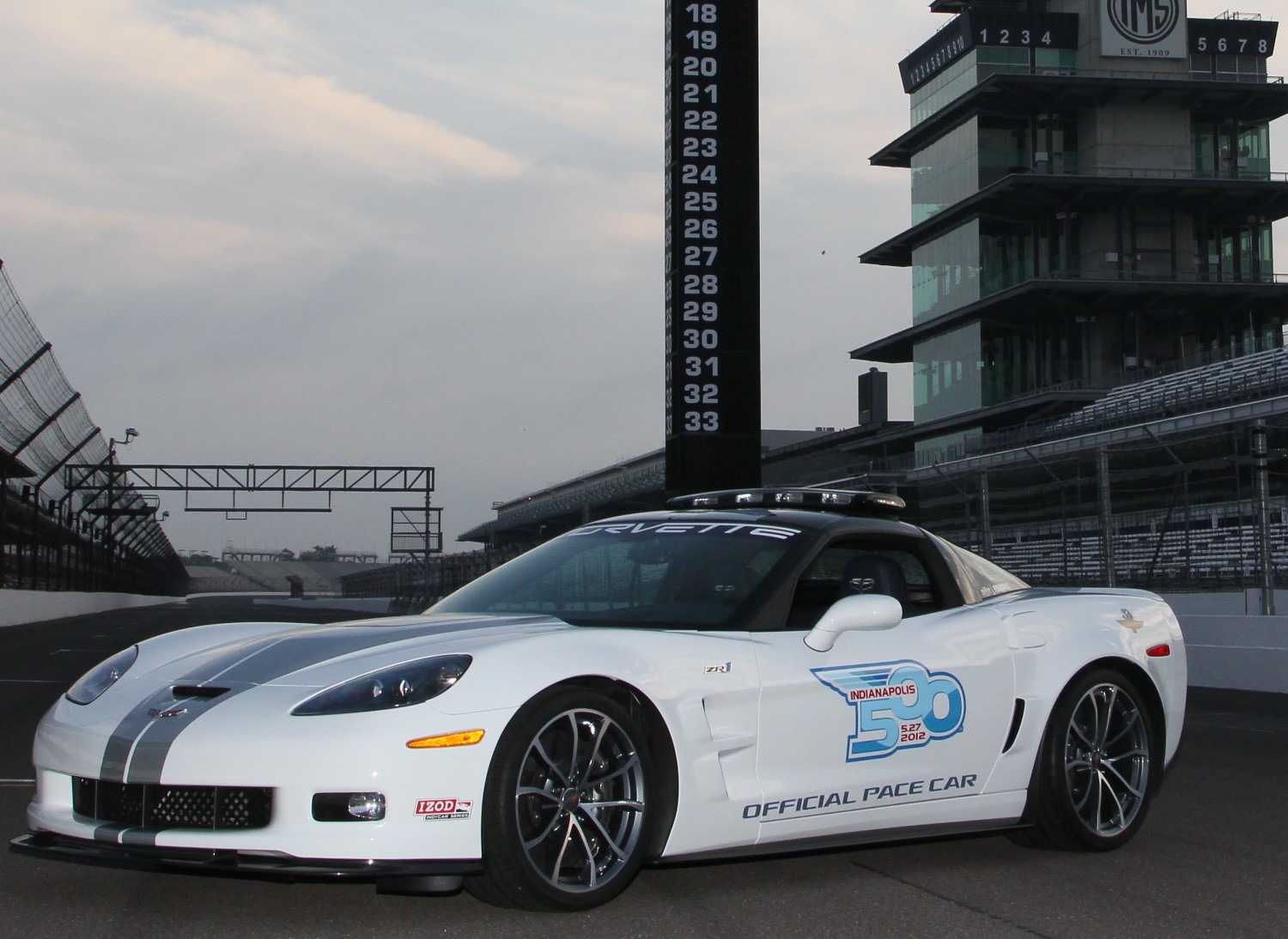 This will be the 23rd time a Chevrolet has paced "The Greatest Spectacle in Racing" and the 11th time a Corvette is serving as the Pace Car, both event records. The 2013 model year will be historic for Corvette, marking its 60th anniversary and the final year of production for the current generation.

"Corvette embodies pure performance, so the ZR1 is a perfect car to pace the most prestigious auto race in the world," said Jeff Belskus, Indianapolis Motor Speedway Corporation president and chief executive officer. "Chevrolet is a great partner of the Speedway, and we share in the excitement of the upcoming 60th anniversary of the iconic Corvette brand. It's even more meaningful to see a Chevrolet pacing the field at Indy since Chevy has returned as an engine supplier for the IZOD IndyCar Series for the first time since 2005."

Said Jim Campbell, Chevrolet vice president of Performance Vehicles and Motorsports: "This is a truly momentous year for Chevrolet when it comes to performance, with our continued success on and off track, and especially with our return to the IndyCar Series, powering some of the fastest cars on the circuit. I can't think of a better way to mark the 60th Anniversary of Corvette than having it lead the starting field of the Indianapolis 500."

A supercharged, 6.2-liter LS9 engine generating 638 horsepower helps to create incredible performance for the ZR1. Of all mass-production companies, Chevrolet is the leader in carbon fiber use, with the lightweight material used for structural components on the ZR1, including the front fenders, hood, roof, front splitter, rocker panels and floor pans. With a curb weight of 3,353 pounds, the ZR1 features a power-to-weight ratio of just 5.2 pounds per horsepower. The ZR1 also features advanced technology such as Magnetic Selective Ride Control, Launch Control system with Performance Track Management, a four-channel ABS system and Brembo carbon-ceramic disc brake rotors.

As a result, the ZR1 is the fastest Chevrolet ever produced, capable of accelerating from 0 to 60 mph in 3.4 seconds, reaching a top speed of 205 mph and lapping the famed Nurburgring Nordschleife ("north loop") in 7:19.63.

The Corvette Pace Car features an exterior paint scheme and full body length stripe similar to that of the 60th Anniversary Package being made available on all 2013 Corvette models. The 60th Anniversary Package features an Arctic White exterior with a Blue Diamond leather-wrapped interior with suede accents. Convertible models will have a blue top.

For 2013, all Corvettes will feature 60th Anniversary badges on the fascias and the "waterfall" panel on convertible models, as well as 60th logos in the instrument panel gauge cluster and on the sill plates.

The 96th Indianapolis 500 is scheduled to start at noon (ET) Sunday, May 27. The driver of the Pace Car will be announced soon.