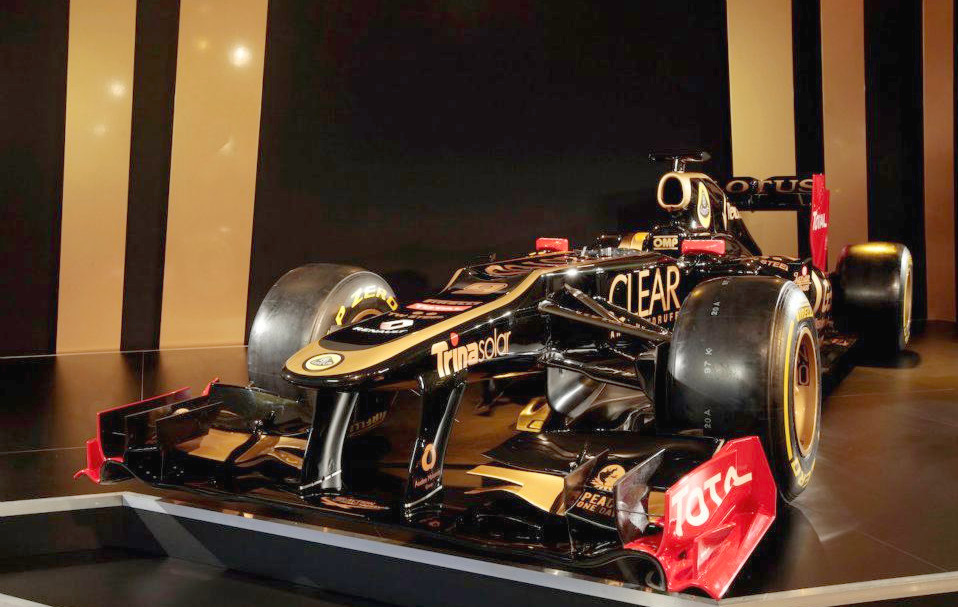 Lotus will be even quicker says Boullier
Lotus team principal Eric Boullier is certain that the E20 will be quicker in Barcelona than it was in Bahrain following the mid-season Mugello test and a wind tunnel session.

As well as setting the fastest time of the week at Mugello, Lotus has been out completing a full-scale wind tunnel session at the Windshear facility in the United States. Boullier said that the data gathered in Italy coupled with the "positive results" in America meant the car has definitely improved, but by how much compared to the rest of the field is impossible to tell.

"Even when the weather wasn't great (in Mugello), we were able to try some combinations that we would not normally go for during a race weekend, as they take quite a lot of time to set up," Boullier said. "We've learned a lot about the car. Also, our Windshear session had given a lot of positive results. We know that the E20 will be even quicker now. But performance is a relative concept. Let's wait and see how our opponents have improved."

Looking ahead to Barcelona, Boullier was optimistic that the car would handle its tires better than most of the field, but is concerned that temperatures may not be hot enough for the E20 to perform at its best.

"We've been able to look after our tires quite well during the races so far but the Barcelona track is very abrasive, especially for the front left tire. Maybe we'll do a better job than our rivals in this area. The only question mark is our performance relative to the temperature. A pattern started to emerge over the first four races, where we seemed to be more and more competitive in hot conditions. We'll see."

New boss says F1 must consider future after Ecclestone
(GMM) Food giant Nestle's boss has confirmed he is set to enter the world of formula one.

Austrian businessman Peter Brabeck-Letmathe confirmed to Kleine Zeitung newspaper that he has been lined up to chair the sport's parent company once it has floated on the Singapore exchange.

"And it's true that I have agreed to take over the chairmanship of the supervisory board in a non-executive function.

"If formula one is to be a public company then it is important that the chairman is independent."

"We certainly hope that Bernie stays healthy for a long time and can keep on working," he said.

"I am already impressed with his performance. But of course it is the task of a supervisory board to ensure the succession of a business.

"At Nestle, I have always ensured that everyone can be replaced from the executive board within 24 hours. So we need to think about how to replace Bernie Ecclestone as well."

Schumacher's Mercedes deal runs out this year, but talks about a new contract for 2013 are yet to be discussed.

Asked if it was an overreaction to the fact his teammate Nico Rosberg was the first Mercedes driver to win in 2012, Ralf answered: "It has nothing to do with it.

"But for sure Michael came back to celebrate successes with Mercedes. And until he succeeds, he will not give up.

"I still see a lot of fire in Michael," said Ralf Schumacher, now a DTM driver with Mercedes.

"He is pushing hard, as we saw as recently as Mugello last week."

"I think we will see Michael on the podium soon," he insisted.

"At some point, there surely comes a point when the body can't do it any more. But when I look at Michael, that's still a few years away.

"I certainly won't be racing as long as he has," he laughed.

Barrichello still clinging to F1 dream
(GMM) Rubens Barrichello is still refusing to give up on his formula one career.

After a record-setting 19 consecutive seasons on the grid, the 39-year-old Brazilian lost his Williams race seat for 2012 and switched to the premier American open-wheeler series, IndyCar.

"I have been welcomed and the feeling is a much more open one.

"But the fact that I keep active and am competing is, for me, still a way to be seen and to attract the eye of formula one.

"For all that I did in F1, I would be able to go back there," added the former Ferrari and Honda driver.

Speaking ahead of the Barcelona GP weekend, Allison explained, “Every team is given the option of conducting four days of straight line testing at an airfield or similar facility, but there is also the possibility to trade these days for a full-scale wind tunnel test providing the predetermined limit on total running time is not exceeded."

“We’ve gone for the latter option in recent years and our experience has been very positive. A full-sized wind tunnel allows us to work with a real car – chassis E20-01 in the case of last week’s test – and also gives us the ability to alter areas of the car which are very difficult to adjust with the smaller scale models used in a regular facility," said Allison.

The E20, tested by Romain Grosjean at Mugello, featured only a few minor tweaks as the team focused on establishing an optimum suspension configuration for the car, with the team expected to roll out a number of further upgrades in Barcelona.

Of the three days at Mugello, Allison said, “Our principal aim at Mugello was to answer some fundamental questions regarding the suspension layout for the car. By this I don’t just mean a spring or a roll bar, but comparing one complete suspension architecture to another to establish whether we’re on the right path with the layout of our car. We were able to answer the questions that had been bugging us for a while and we are able to find some improved configurations for the car."

The early fruits from the wind tunnel tests, will be bolted on for the first time during Spanish GP practice, “Barcelona will see the first tranche of the Windshear upgrades, accompanied by a selection of new parts stemming from our normal tunnel development program. The package will include revised versions of the front and rear drums, the front wing and the floor. None of these parts were used in Mugello."