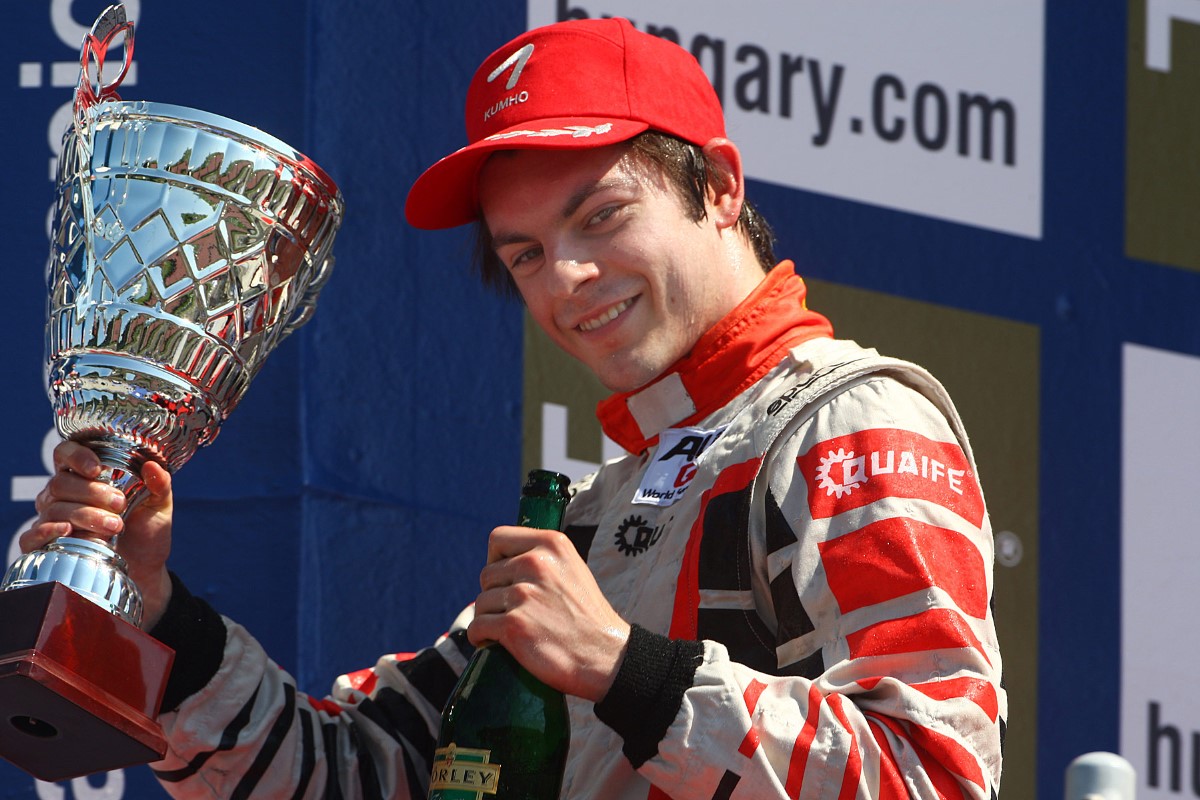 Adrian Quaife-Hobbs clinched a dominant win in the first race of the Hungaroring Auto GP weekend: the championship leader took the checkered flag with a 29" advantage on second placed Victor Guerin, who gave SuperNova a much welcome one-two finish.

Quaife-Hobbs win came in dominant fashion, but the start of his race wasn't an easy one: from the front row Adrian and team-mate Guerin got too much wheelspin and where passed by both Pal Varhaug and Sergey Sirotkin: the Russian made a rocket getaway to lead into Turn 1 but arriving at the corner slightly too quick he ran wide and forced Quaife-Hobbs slightly off-line in the process.

Pal Varhaug made the most of it and took the lead, but Sirotkin answered to that with a bold move around the outside of the Virtuosi UK racer into Turn 2 and reclaimed 1st position. Pal and Sergey fought for the whole lap but the hotter moment came at the end of it, when the pair entered last turn side by side: Sirotkin lost the rear a bit and oversteered into Varhaug, dropping the Virtuosi UK driver in P5: with a bent track rod after the contact the Norwegian couldn't drive at his best and had to settle for a hard-earned fifth place finish, while Sirotkin was passed by Quaife-Hobbs who then started his winning charge.

His progression was impressive: the advantage on Sirotkin grew to 10" already at lap 8 and then passed the 20" mark at lap 15, just before his pit-stop. The tire change from the SuperNova guys was fine and Adrian's pace in the last laps was still in the low 1'34", allowing him to cross the line with no worries at all. The fight for 2nd place, in the meantime, was a hot duel between Sirotkin and Daniel de Jong, with Guerin following them closely in fourth place: the gap between the two never got over 2" and with both choosing a late pit-stop strategy the in and out laps were set to become the deciding moments

What nobody was expecting is that a sudden turn of the events would have forced both to retire: Sirotkin got stuck on track with a gearbox issue after his tire change, while De Jong stalled his car entering the pits and lost a lot of time in firing it up again.

So a very consistent Guerin inherited second place, with Regalia securing P3. Starting from eight place on the grid the Argentinean driver of Campos Racing passed Varhaug on lap 3 and then opted for an early pit-stop that allowed him to drive on a clear track in the second part: pushing as hard as possible Facu kept his fifth place safe, and then made the most of the retirements in front of him to get a well deserved podium finish.

Giancarlo Serenelli clinched the best result of his Auto GP season with fourth place, ahead of Varhaug and Giuseppe Cipriani, who crowned a good weekend with his best Auto GP performance so far. Chris van der Drift was 7th after a good recovery from P16 on the grid after yesterday's bad luck in qualifying. The kiwi driver closed the race ahead of Antonio Spavone, who will start from pole in tomorrow's Race 2.

The top ten was closed by Sten Pentus and Francesco Dracone, while three cars didn't complete enough laps to be classified. The reason is a crash at Turn 1 caused by a late braking by Max Snegirev, who then collected both Sergio Campana and Adderly Fong.