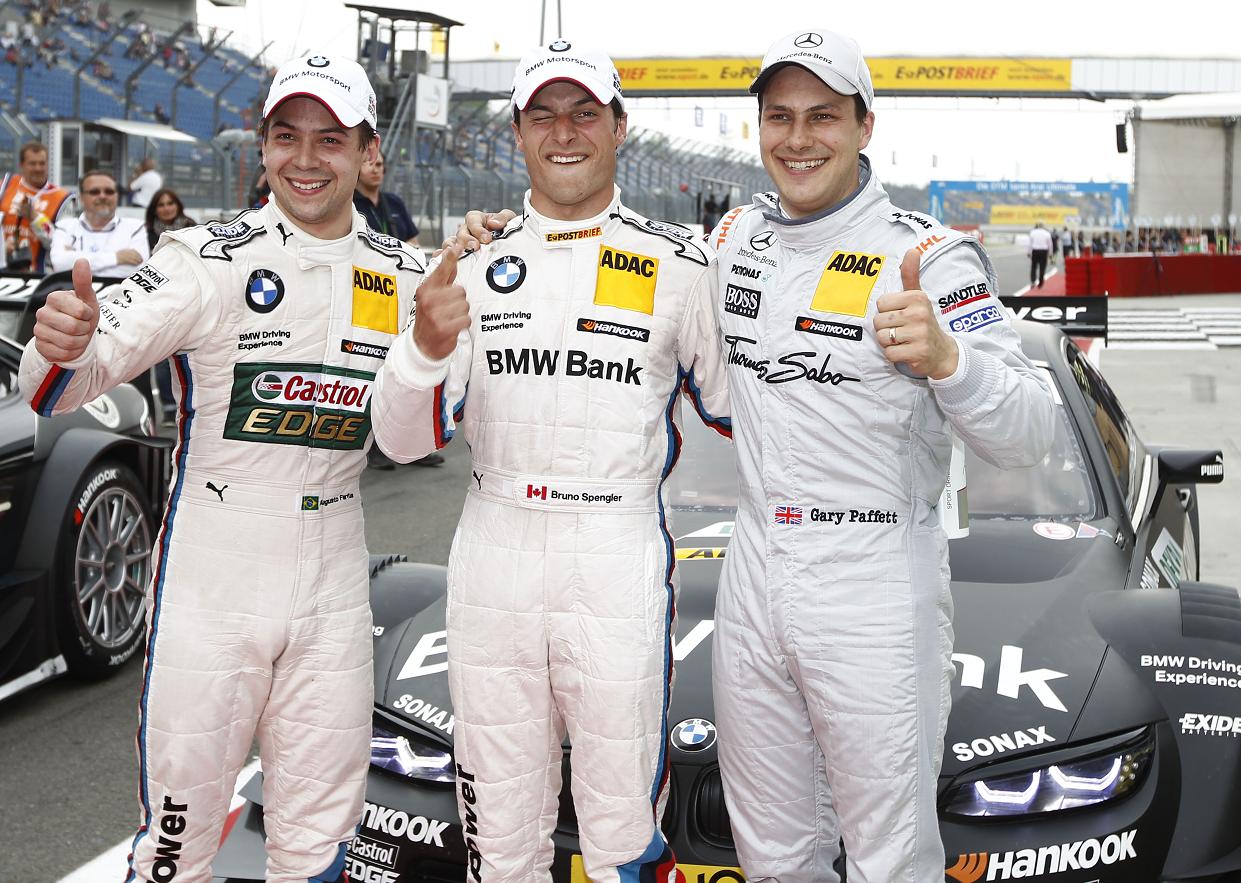 In qualifying for the second DTM round of the year at Lausitzring, BMW sparked a major surprise. Canadian Bruno Spengler claimed pole position with his BMW M3 DTM. Spengler’s fellow BMW driver Augusto Farfus from Brazil completed the 1-2 for the DTM returnee from Munich in qualifying.

He was only 38 thousandths of a second slower than the Canadian. Spengler, who claimed pole for Mercedes-Benz at the very same venue last year, will be starting from first place on the grid on Sunday at 14.00 h for the twelfth time in his DTM career. “A pole position is always an absolutely great feeling. The fact that it is the first for BMW after 20 years is making it very special and exciting", an overjoyed Spengler said.

The winner from the season opener at Hockenheim and points’ leader, Gary Paffett with the DTM Mercedes AMG C-Coupé, set the third-fastest time at the 3.478 kilometers long circuit in the Lausitz region. “When you see how close it is in the DTM, I am happy with third place. I was only 43 thousands of a second down on Bruno Spengler. Surely, it will be a very thrilling race", the Brit commented.

German Mike Rockenfeller was the best Audi driver on Saturday. With his Audi A5 DTM, the 28-year old ended up fourth to claim a spot on the second row of the grid. “Today, I had what it took to make it on pole. Unfortunately, I didn’t get a perfect lap together. And with such strong opponents, that is what you need to make it all the way to the front", Rockenfeller explained

A glance at the first three rows of the starting grid with two cars each from Audi, BMW and Mercedes-Benz, clearly reveals how well balanced the 2012 DTM is.

There was disappointment for Timo Scheider (Audi) in twelfth place and the two Mercedes-Benz drivers Ralf Schumacher (D) and David Coulthard (GB) in 16th and 20th position respectively.