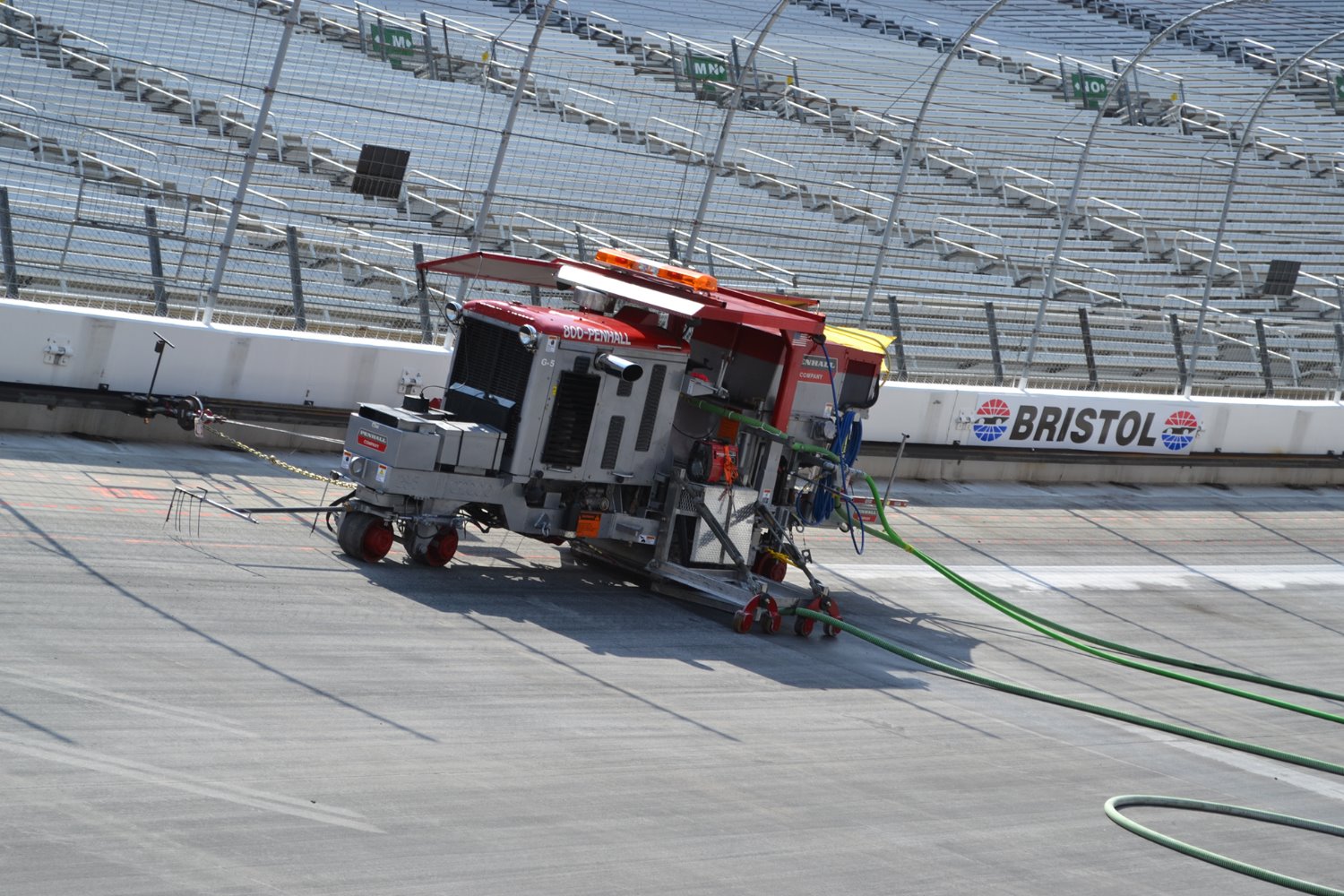 UPDATE Added photo of laser mapping machine being used to map the track surface in 3D before they will take out the progressive banking.

Less than a month after fan feedback convinced him to make changes to the concrete surface at Bristol Motor Speedway, Bruton Smith, Chairman and CEO of Speedway Motorsports, announced his plans for significant modifications to the track. "I said when this process began last month that I would listen to what the fans said they wanted," Smith said. "After a week to 10 days, there was no question that the overwhelming majority was asking for alterations to the track. Since March 28, when we announced that changes would be made, we have listened to fans, heard from drivers and talked to engineers about what to do and how much time we had to do it. Once we knew the direction, we located the right equipment to make it happen." The changes concentrate on the progressive banking applied when the current track surface was put in place in the summer of 2007. "The majority of fans we heard from said they wanted adjustments made and the bulk of those said the progressive banking was what they didn't like," said Smith in explaining the decision-making process. "So, that's the focus of our efforts. And that is what we are working to change." When the deteriorating BMS track surface was replaced in 2007, variable banking was added. Often referred to as "progressive" because the degrees increase from bottom to top, the layout provided multiple lanes of racing on the famed short track. Smith said the choice to change the track surface did not come easy, but listening to the race fans always has served him well. "More and more fans kept asking us to do something to the track," Smith said. "So I put it out there. They spoke and we listened. I want them to be happy; I want them to love their experience in Bristol. This will accomplish that and I know they will be pleased with the result." BMS