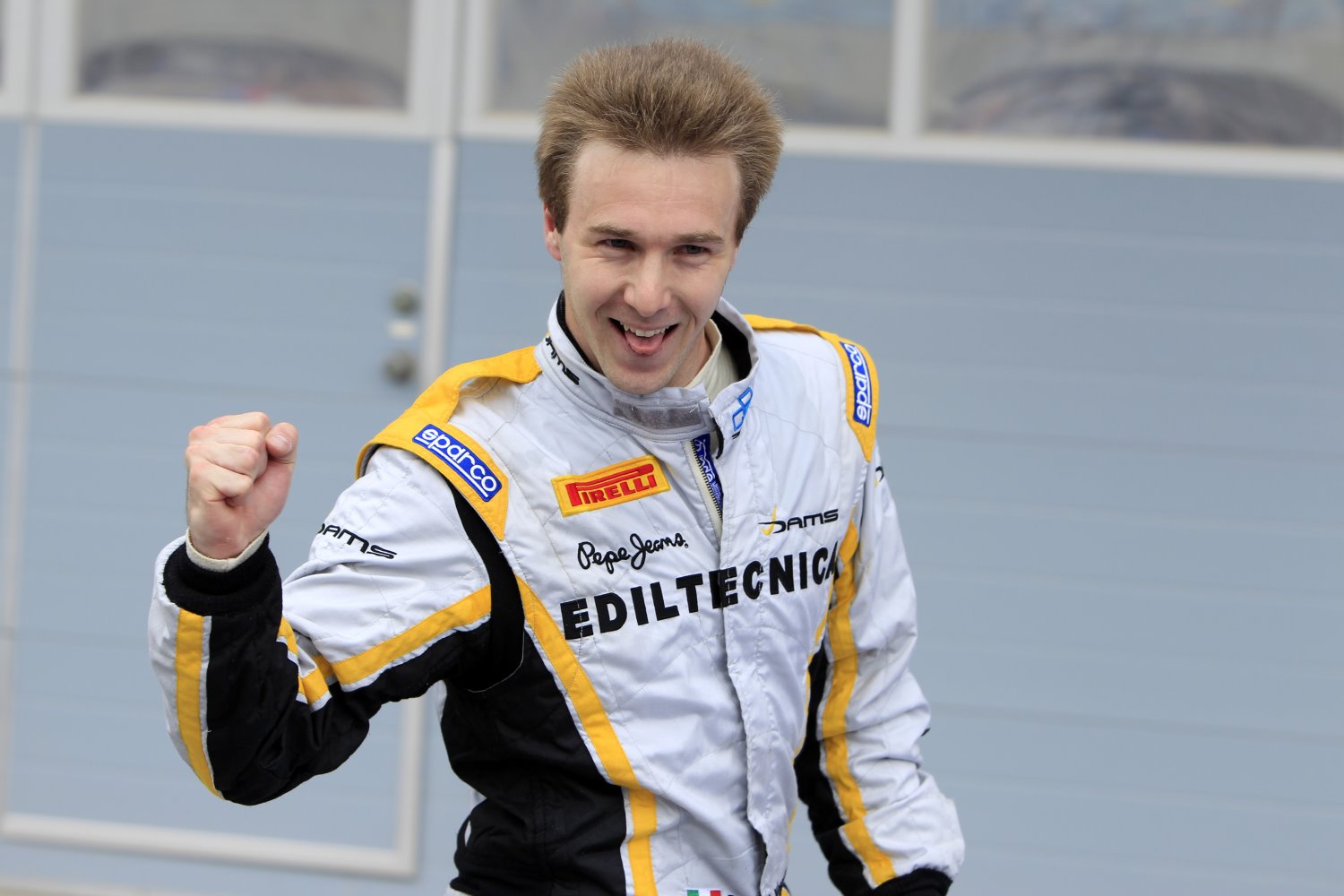 It was a hat trick for DAMS’s Davide Valsecchi: the mighty Italian pocketed his third win in a row in today’s Feature Race at Bahrain International Circuit. Starting from P2 on the grid, Valsecchi stole the lead from poleman Giedo van der Garde before the compulsory pitstop and kept it until the checkered flag. Fabio Leimer ended up second for his first podium finish of the season ahead of van der Garde.

The Dutchman from Caterham Racing made a good start from pole and kept Valsecchi and Leimer at bay at Turn 1. Behind the trio, Marcus Ericsson stormed to P4 from ninth on the grid and sat ahead of Luiz Razia and Rio Haryanto. Van der Garde tried to pull away but was soon struggling with tire wear giving Valsecchi the opportunity to close the gap and take the lead on Lap 8. Whilst the Italian dashed off at the front, Leimer was also able to catch up with van der Garde who was powerless and gave way to the Swiss. All cars at the front pitted early, Valsecchi on Lap 11 along with Leimer and Ericsson, van der Garde a lap earlier. The Swiss slowly closed in on Valsecchi who, in turn, clocked in a series of fast laps putting him safely out of reach.

Behind the top three, there was action and drama all over the field starting with Ericsson whose ambition was to steal third from van der Garde but was later struggling with tire wear which saw Razia and Max Chilton pass him. The two men started a battle of their own for fourth whilst further down the pack Felipe Nasr was on a mission to recover from a delicate first stint. The rookie overtook both Esteban Gutierrez and Fabrizio Crestani in one move to charge to tenth place.

Johnny Cecotto who had pitted earlier than most on Lap 9 had made his way back to P7 from twentieth on the grid, but the Barwa Addax driver was under huge pressure from Tom Dillmann. The Frenchman eventually got past the Venezuelan who lost another position to a charging Rio Haryanto. The Indonesian then found a way past a slower Dillmann after an intense battle that saw the Frenchman lock up the wheels and fight back for two laps before having to surrender. Next, it was Nasr’s turn to pass Cecotto visibly struggling with tire wear as well. Once the Venezuelan was out of the way, the Brazilian closed in on Dillmann quickly and moved up one position. Haryanto, also on a mission, overtook Ericsson for P6. The Swede became Nasr’s next target and lost P7 to the DAMS rookie.