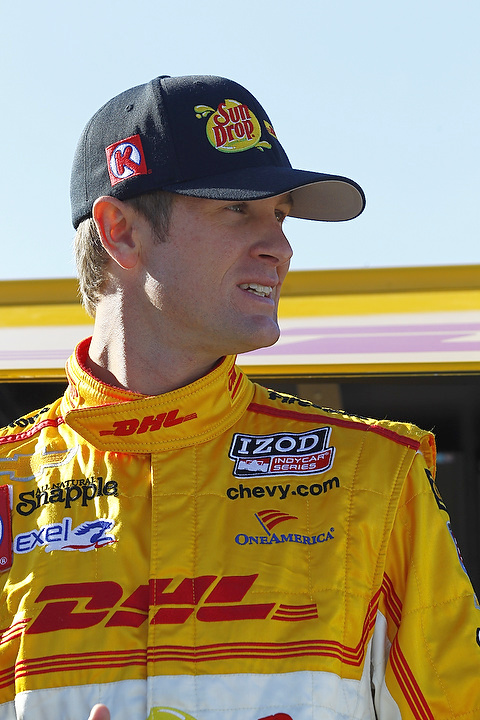 One of the biggest surprises of the SRT Dodge Viper announcement earlier this month was the name of Ryan Hunter-Reay (far right) above the door on SRT Viper Racing’s SRT Viper GTS-R. SRT used the New York Auto Show to unveil the 2013 street version as well as proclaim its return to the American Le Mans Series presented by Tequila PatrÂ¢n as a factory-backed entry in the GT class.

Hunter-Reay will drive the Viper race car – being built by Riley Technologies – along with Kuno Wittmer, Dominik Farnbacher and Marc Goossens. Even with a full-time commitment to Andretti Autosport in the IndyCar Series, the chance to pilot the Snake was too much to pass up.

“There are a lot of people (at Riley) that I’ve had a relationship with in the past," Hunter-Reay said over the weekend at Long Beach. “It seems like a good program, a great opportunity and great for the ALMS. So we’ll give it a shot. There are some great people involved and I am looking forward to working with the SRT guys on the program."

The American is a racer at the core. He has won in the ALMS before – 2011 at Sebring for Level 5 Motorsports in P2. Driving GT cars is not entirely new either. Basically if it has four wheels and there is a race track nearby, he’ll have an interest. That includes at a pretty important race in France during the middle of June…

“I’ve driven a few cars like the Viper – GT cars for Porsche and Ferrari," Hunter Reay said. “I’ve done it before and I’m ready for the challenge. I’m definitely going to miss the prototype but my goal is to get to Le Mans in a prototype so hopefully that will happen at some point soon.

“I think it’s important to stay diversified. You need to have your skill set challenged all the time – always putting yourself in new environments," he added. “You have to adapt all the time, but if it has four wheels then I’ll drive it. I wish I could do it more."

The American Le Mans Series next travels to Mazda Raceway Laguna Seca for the third round of the 10-race championship. The six-hour American Le Mans Monterey presented by PatrÂ¢n is set for 4:30 p.m. ET on Saturday, May 12 from the 2.238-mile circuit in Monterey, Calif. ESPN2 will air the race at 5 p.m. ET on Sunday, May 13. Live coverage is available starting at 4:15 p.m. ET on ESPN3.

The Series’ website offers additional content such as live in-car cameras and timing and scoring for all users around the world. Viewers outside the U.S. can watch the Monterey round and all ALMS races live on ALMS.com.