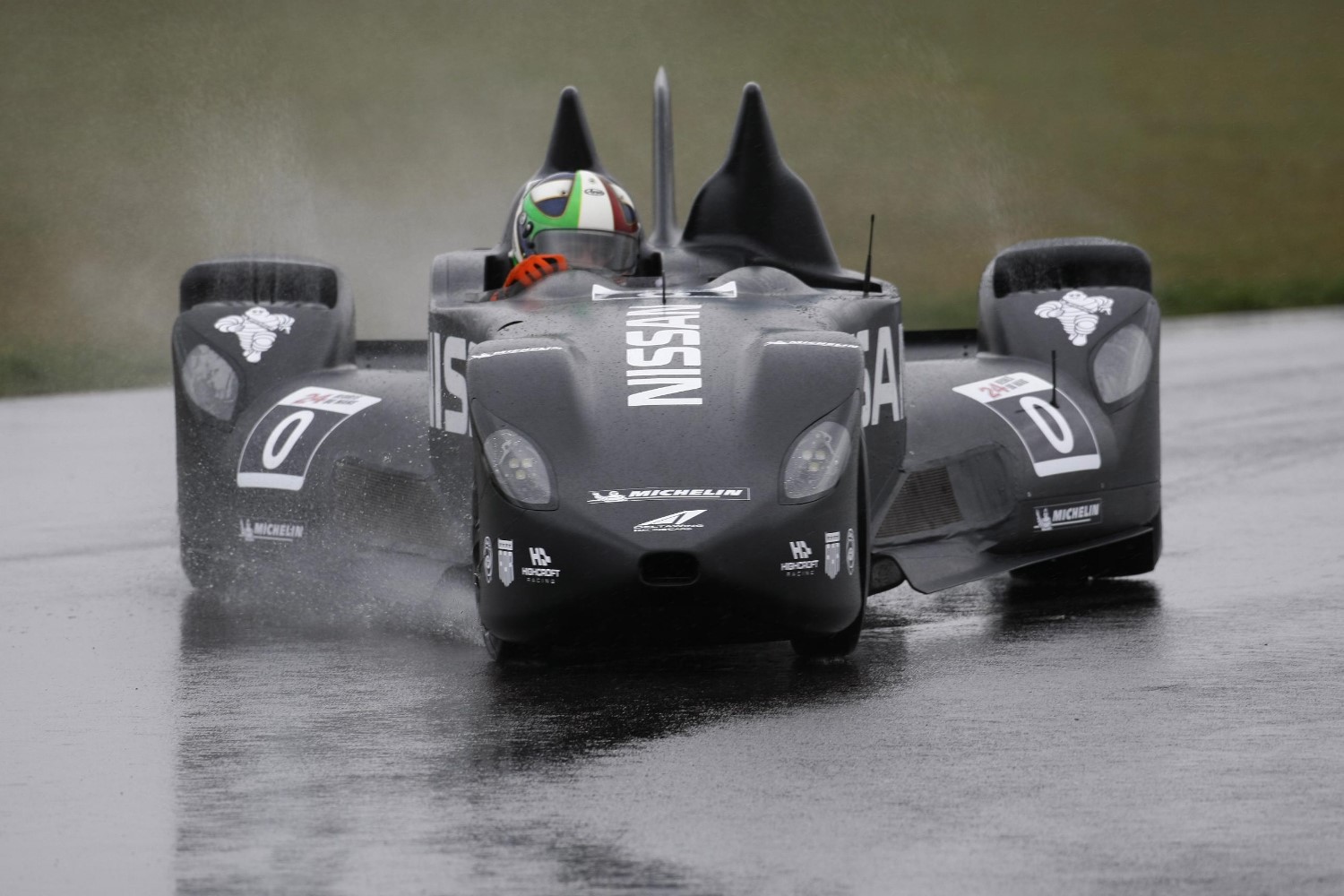 UPDATE Added photo of test in the rain below.

The experimental Nissan DeltaWing sportscar kicked off its European testing program in England at Snetterton in Norfolk yesterday with Scotsman Marino Franchitti and German Michael Krumm getting the opportunity to sample the car in wet conditions. Steady rain throughout the morning enabled the team to undertake wet weather development with tire partner Michelin with the 1.6 liter Nissan DIG-T turbo-powered car.

Franchitti conducted most of the morning running in conditions that ranged from wet to full monsoon weather – gathering valuable data as to how the car performs. Having only previously conducted some brief wet track running on an artificially damp track at Sebring with the help of a water truck – today’s on-track action was an important step in the development of the wet tires for the car.

The Nissan DeltaWing features half the weight, half the horsepower and half the aerodynamic drag of a traditional Le Mans sportscar – with front tires that are only four inches wide.

Michael Krumm climbed aboard the car for much of the afternoon running – enjoying drier conditions as the team worked on suspension adjustments, braking and gearbox improvements.

The Nissan DeltaWing will debut at this year’s 24 Hours of Le Mans. Nissan’s involvement in the program was announced in March with the manufacturer not only providing the engine, but additional technical resources for the car’s debut.

The Nissan DeltaWing will continue its testing program next week with a two-day test scheduled in the UK.