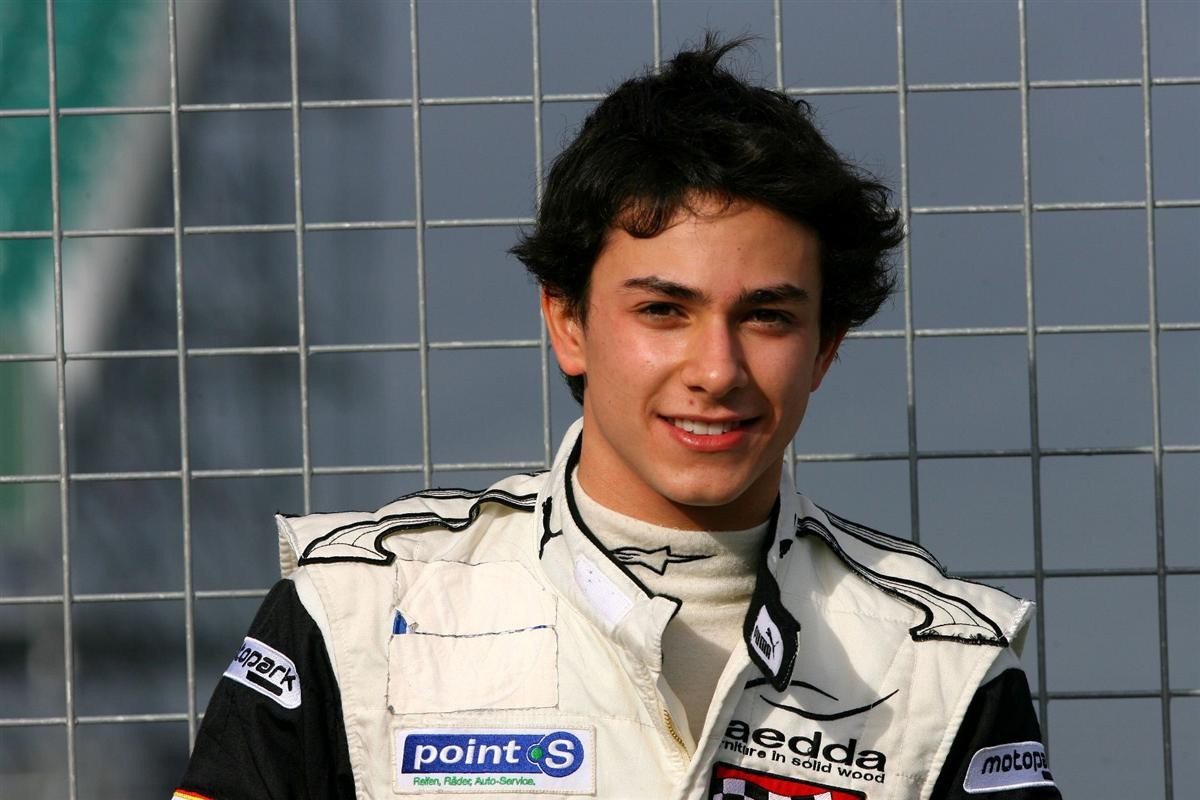 Pipo Derani scored his maiden Cooper Tires British Formula 3 race victory this afternoon at Oulton Park, the Brazilian seizing control of the 20-minute ‘reverse grid’ sprint race early on and hanging on for a classy win despite a lengthy late safety car period. The 18-year-old from Sao Paulo gave the Fortec Motorsport team and engine supplier Mercedes-Benz their first win of the season.

Derani, who started fourth on the grid, moved in front on the fifth lap, having seized second from T-Sport man Nick McBride on the second lap. The man in front early doors was Australian National class runner Spike Goddard, who did a manly job in only his second British F3 race after starting from second on the grid.

Derani enjoyed three laps stretching his legs in front before the safety car was called out while the sister Fortec car of Alex Lynn was retrieved from a dangerous position. Lynn had swiped a tire wall at the Hislops chicane while running fifth. Pipo had to hold his concentration for four laps while the track was cleared but responded perfectly to make a superb restart on the final racing lap. He crossed the line 0.85s ahead of his countryman Pietro Fantin.

“My first win – it feels amazing, really good," said Derani. “I have been looking for this for a long time and to finally do it, to bring the result home, is really good. I had only one worry in the race, when the safety car came out and I had a good lead… But I managed to make a good restart and there was only one lap to go, so it was fine."

Malaysia’s Jazeman Jaafar drove a superb race from 11th on the grid to climb up to third by mid-distance. He held on to the final podium position to the end to establish a slender championship lead. “It was a crazy race," said Jaz, “and I just had to keep it clean and safe, and I got a good result."

Harry Tincknell held off his Carlin team-mates Carlos Sainz and Jack Harvey for fourth, with Felix Serralles seventh for Fortec after losing ground through a second-lap off. His team-mate Hannes van Asseldonk was eighth, just ahead of National class victor Goddard. “It was really, really nice to be out front for so long," said Spike. “It’s a healthy sign for later this season and definitely for next year."

The remaining finishers were 10th-placed Geoff Uhrhane, who placed ahead of his countrymen McBride and Duvashen Padayachee, who had started from the pole in his National class car. Fahmi Ilyas joined Lynn off the track on the final tour.