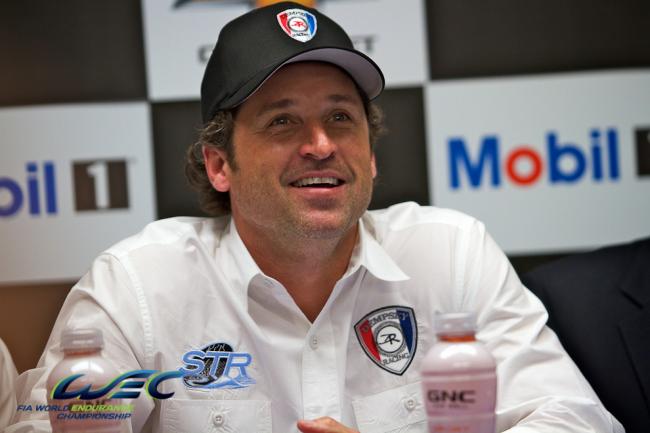 Four years after his maiden outing in the Le Mans 24 Hours, Patrick Dempsey will be at the start again in 2013. The actor announced the news on the eve of the Sebring 12 Hours, the first round of the FIA World Endurance Championship, which takes place tomorrow. Exclusive video interview by lemans.org.

“Our aim is to enter for the 2013 Le Mans 24 Hours. It’s a magic race. When you’re at the start of this event, your dream becomes reality!" The American actor was all starry-eyed as he announced his intention to take part in the 81st Le Mans 24 Hours with his own team, Dempsey Racing, the year in which the Sarthe classic will celebrate its 90th anniversary!.

He made this announcement at Sebring (Florida, United States) on the eve of the launch of the FIA World Endurance Championship organized and promoted by the Automobile Club de l’Ouest, the creator of the Le Mans 24 Hours in 1923.

Patrick Dempsey, surrounded by his team management, unveiled the program that will put him on the starting grid of the blue riband event in world endurance racing in 2013. This year Dempsey Racing, a team founded in 2003, will make its debut in sport prototype racing. It will enter two cars in the American Le Mans Series – the North American Championship reserved for Le Mans-type cars organized in partnership with the ACO – an Oreca FLMO9 in the LM PC category (Prototype Challenge) and a Judd-powered Lola B12-80 coupe in LM P2.

The actor will express his passion for racing at the wheel of the Lola, a passion he discovered at the Sebring circuit when he took a course at the Panoz driving school.
This partial 2012 program should be a full-time one in 2013, and will include an entry for the Le Mans 24 Hours in LM P2.

“Everybody knows how much I loved racing in the Le Mans 24 Hours (in 2009 with a ninth-place finish in GT2 in a Ferrari F430 GT), and that I want to go back there with my own team. We’re determined to progress stage by stage and this entry in 2012 is another step on the way to our final objective."

And the famous Doctor Shepherd in the Series ‘Grey’s Anatomy’ concluded: “I’d like to win a championship, I’d like to be on the podium." And there’s none better than that at the Le Mans 24 Hours!