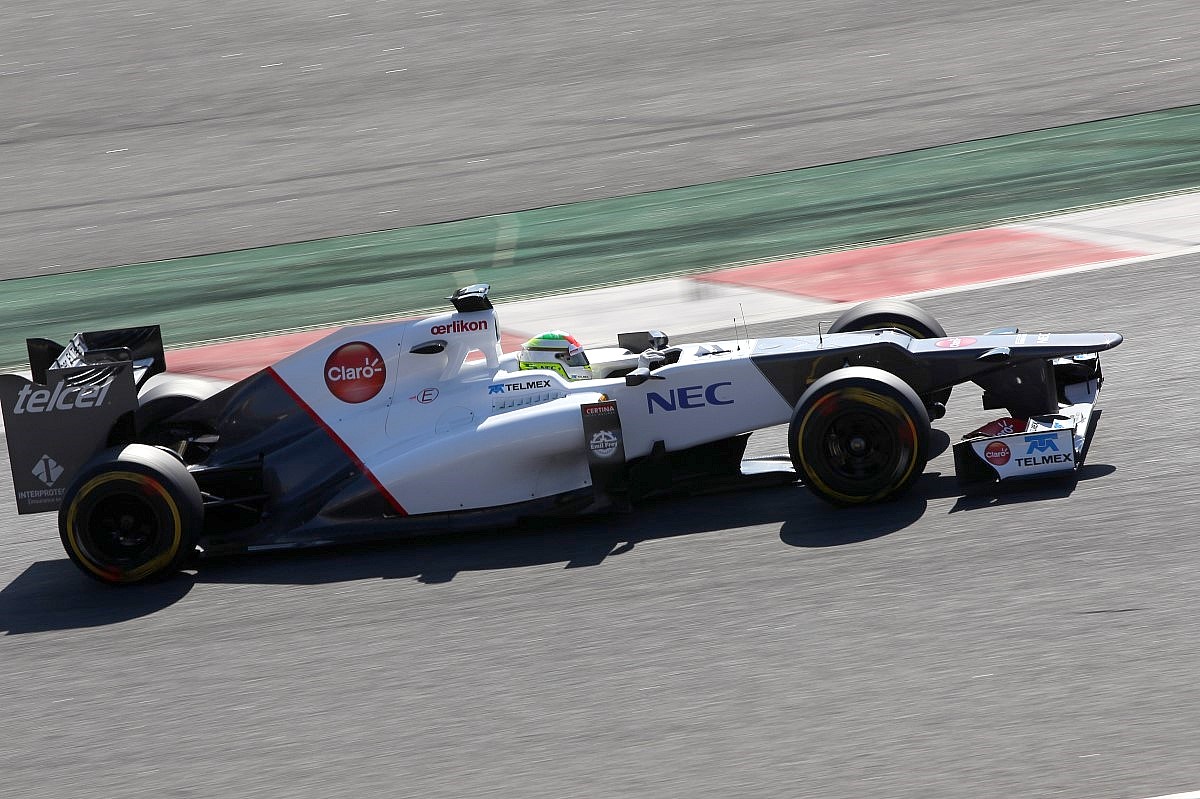 Sergio Perez remained on top of the times for Sauber on day three of the final preseason Formula 1 test at Barcelona on Saturday, despite not improving on his morning mark.

The Mexican, ran a 1m22.094s lap on soft Pirelli rubber, but focused on heavy fuel loads during the afternoon.

The majority of the field opted to concentrate on longer runs in the afternoon and as a result no one went close to bettering Perez's time, although McLaren's Jenson Button managed to climb up to second with a1:22.103.

Daniel Ricciardo completed 130 laps in his Toro Rosso and he managed to produce the third fastest time of the day.

The arrival of some rain midway through the afternoon and Felipe Massa's decision to switch to the intermediates resulted in him going fourth fastest with the Force India of Paul di Resta fifth.

Bruno Senna stopped on the approach to the La Caixa hairpin resulting in the only red flag of the afternoon but the Williams driver still managed to clock the sixth fastest time with Heikki Kovalainen's Caterham seventh.

Mark Webber managed 70 laps in his Red Bull but the Australian was slightly disappointing in eighth while Nico Rosberg was forced to settle for ninth in his Mercedes.

Lotus' Kimi Raikkonen was forced to sit in the garage for over an hour in the morning after his car developed a steering issue. As a result he managed just 43 laps with the former world champion finishing tenth of the ten runners.