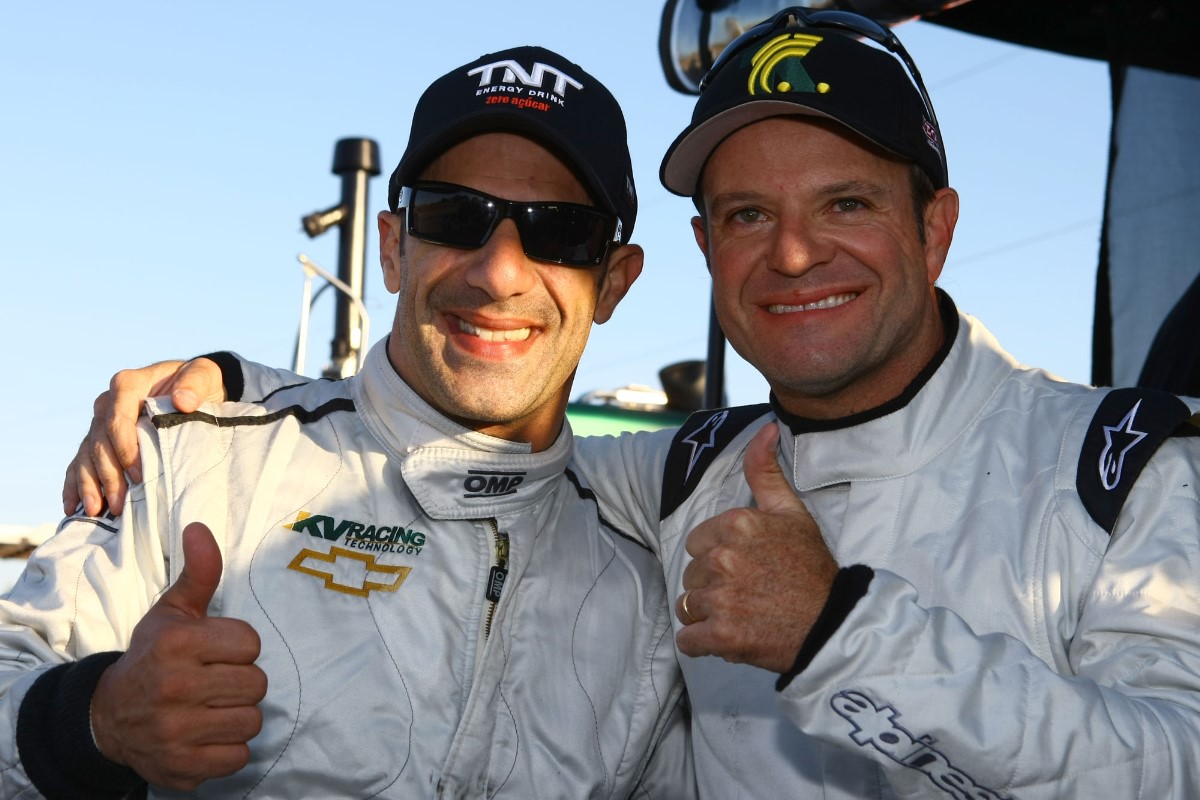 Barrichello, #5 KV Racing Technology Chevrolet/Firestone, who was driving an IndyCar for the first time and for the first time at Sebring, ran 94 laps, approximately 150 miles, making progress throughout the day. By the end of the day he was posting times that were competitive with drivers who have been in the series for several years and tested at Sebring before.

"I had a very very nice day with KV Racing Technology," Barrichello said. “In the morning I was getting used to the car and not doing anything silly because obviously you don’t want to put it in the wall. It's a different machine from what I'm used to, but it had a good feeling. Whatever happens for the future, which might change, all I said at the beginning was I want Kevin (Kalkhoven), Jimmy (Vasser) and Tony to remember when we were here at Sebring, 'Rubens tried that and it was really good and made us go faster, so let’s try that again for this circuit'. So, I've had a very good and productive day behind the wheel and with all the setup options that I have tried, I think it went well. You could call me a rookie, even though I've had 33 years doing this job, but today I was an IndyCar rookie. "

Kanaan, #11 KV Racing Technology Chevrolet/Firestone, who was testing at Sebring for the second time with the new car completed 84 laps, approximately 135 miles. He spent the entire day working on car development, but in the process still produced competitive times.

"Well, there really isn't much to say," said Kanaan. “The guy comes here for the first time and after 20 laps he's already running the same lap times as me! His knowledge and experience helped confirm some ideas that we had for this test, so it was very productive having Rubens around."

Barrichello and Kanaan have known each other for almost 30 years and refer to each other as brothers.

This was the first time in their careers the two drivers have tested the same type of car on the same day.

Commenting on today’s test KVRT co-owner Jimmy Vasser said, “On behalf of Kevin (KVRT co-owner Kevin Kalkhoven) and everyone here at KV Racing Technology, I can say that we are all very pleased with today’s test. The entire team did an excellent job. This was Ruben’s first time in an IndyCar and I think he enjoyed himself. Certainly, we had a lot of fun working with him. Most importantly, if he is going to have this kind of effect on Tony we are going to have to figure out a way to keep him around."

Barrichello, 39, is the only driver in Formula One history to make 300 or more starts having contested 322 races over a 19-year career (1993 – 2011). The talented Brazilian, who was runner-up in the Formula One championship in 2002 and 2004, has earned 11 victories, been on the podium 68 times and scored 106 top-five finishes and 171 top-10 showings. Last season, Barrichello competed for Williams – Cosworth.