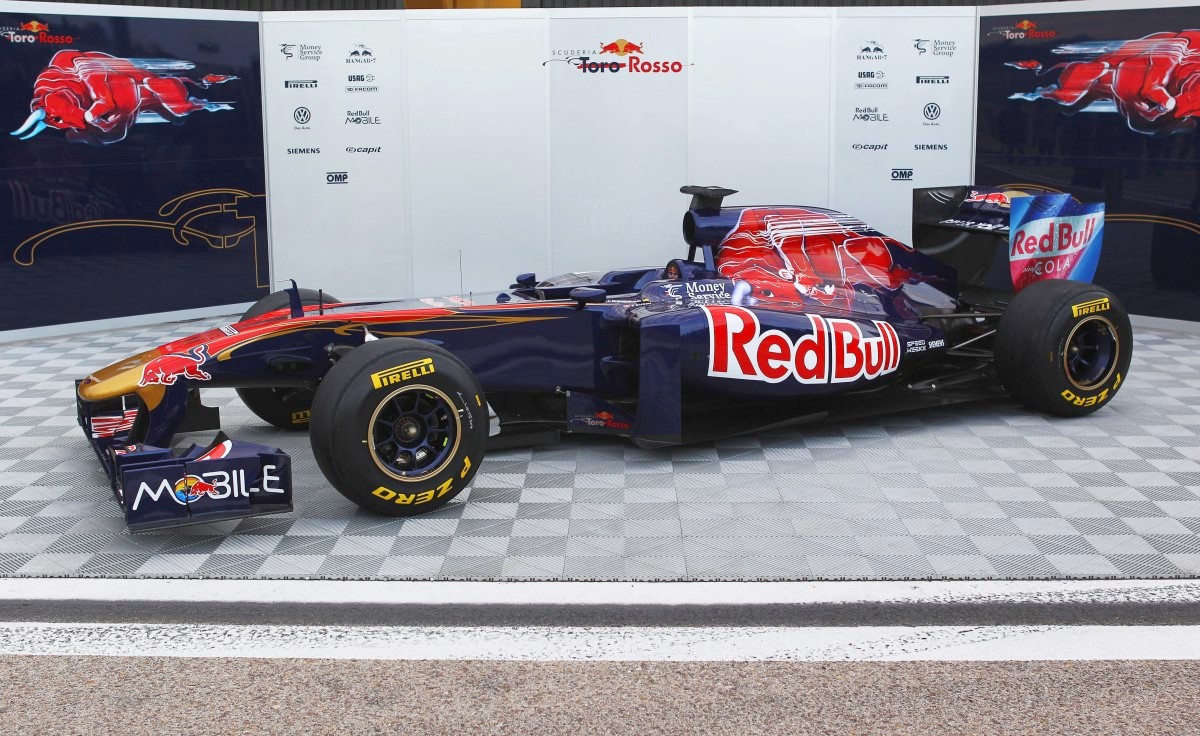 2012 Toro Rosso car ready for Jerez opener
(GMM) Toro Rosso has announced that its 2012 car will be ready to run on the opening day of official testing at Jerez next month.

According to new rules this year, the car is therefore now fit to test at Jerez from 7 February.

"(Now) we can start work on making it quick and reliable," said Toro Rosso in a statement.

Reports indicate that Australian Daniel Ricciardo – the slightly more experienced of the team's lineup also featuring rookie Jean-Eric Vergne – will be driving the TR7 on the opening day. Frenchman Vergne is expected to drive on the last two days of the four-day test.

Austin venue to be finished in August – reports
(GMM) The scene of November's inaugural formula one race in Austin, Texas, should be ready for the US grand prix well ahead of time, according to media reports. The Italiaracing website claims that, in the wake of recent speculation the event might- collapse altogether, the Circuit of the Americas is now on track to be completed by August.

"The workers are working six days a week to complete the paddock buildings and grandstands," read the report. The Austin American Statesman newspaper says the actual track surface will be laid much closer to the race date.

That report said "tones of equipment and hundreds of workers" have been pouring into the site since organizers finally paid the race fee to F1 chief executive Bernie Ecclestone following a disagreement. Insiders have said time is now preciously short to finish the track before its scheduled 18 November race date.

Backer Bobby Epstein said last week: "Our construction group said they can get it done." The Statesman said the main grandstand is about the size of "a good-size high school football stadium", with the rest of the spectators to sit on "temporary scaffolding"

We reported this week that Alberto Fabra, president of the Valencia Generalitat, had a "private" meeting on Tuesday with Ecclestone in London. EFE news agency said Fabra wants to "negotiate down" its contracted race fee amid Spain's economic crisis.

"We want to continue with the grand prix of Europe," Fabra is quoted as saying by Spanish reports including the sports daily Marca, "but with different conditions." He confirmed during a press conference in Madrid on Thursday that the negotiations with Ecclestone are for staging the race with "lower costs" to "find the right balance".

The 39-year-old, a former teammate to Michael Schumacher in the 90s, faced an attempted murder charge after his ex-girlfriend is alleged to have been struck recently by Verstappen's car.

He has been in police custody for two weeks. The Dutch news agency ANP said the attempted murder charge has now been withdrawn, and his lawyer is quoted as saying there is also no evidence of attempted aggravated assault.

"The court granted the request for Jos Verstappen's release, partly because of the lack of evidence," a statement provided by the lawyers read.

Trulli admits Caterham toughest-ever challenge
(GMM) Jarno Trulli has admitted that trying to get Caterham up to speed in formula one is the toughest challenge of his long formula one career.

With 13 seasons, approaching a dozen podiums and a Monaco victory under his belt, the veteran Italian switched to the new Tony Fernandes-headed team – then called Lotus – in 2010. Trulli, now 37, was a refugee of the defunct Toyota project, a team with arguably F1's biggest annual budgets last decade.

He had switched there from Renault just before Fernando Alonso took that team to back-to-back titles, and also had experience with smaller teams Jordan, Prost and Minardi. But Trulli says Caterham has been the toughest of all. Last season, for example, he struggled for pace with a power steering system he could not adapt to.

"It became a crucial problem," he told Italy's La Gazzetta dello Sport. "You do not have the resources and as a small team there are more important tasks.

"I have to admit that it was a problem that has affected me with other teams as well. But they were bigger and we could resolve it quickly.

"People don't realize how difficult it is to start with a team from zero, as we did. At the beginning of my career I was with Minardi, but this has been much more difficult.

"Each wrong turn you make is felt for a very long time."

It is rumored Trulli, despite his signed 2012 contract, could lose the seat before Melbourne to a sponsor-backed driver. He denied that speculation and said he is expecting a much better season in 2012.

"I have confidence in the team," said Trulli. "Over the years we have made a lot of progress. We have made great steps forward even if from the outside that hasn't always been seen. "The goal for this season is to be better than 2011 — we have more resources, more experience and more people.

"We were looking for points last season; now the goal is to fight for points in the middle group."

Trulli doubts Raikkonen to be fast on return
(GMM) Kimi Raikkonen will not immediately set the F1 tracks alight in 2012, according to grand prix veteran Jarno Trulli.

2007 world champion Raikkonen, a winner of 18 races with top teams McLaren and Ferrari last decade, is returning with Lotus this season after a two-year sojourn in world rallying. But Italian Trulli, whose season with Caterham in 2012 will be his sixteenth consecutively in F1, doubts the 32-year-old will be immediately fast.

"Yes, it will be difficult for Kimi when he has to re-adapt to a F1 car," he told La Gazzetta dello Sport.

"I don't think at the very beginning Kimi is going to be fast," added Trulli.

Schumacher not ideal teammate for Rosberg – Hill
(GMM) Nico Rosberg is not sharing his pit garage with the ideal teammate, according to 1996 world champion Damon Hill. On the face of it, the 26-year-old German might be regarded as one of the fastest drivers in F1 history, having mainly outshone the great Michael Schumacher at Mercedes GP over the past two seasons.

But Hill, whose own career is arguably best remembered for his duels and run-ins with seven time world champion Schumacher, doesn't necessary think so. Referring to Rosberg, who is yet to win a grand prix, he said: "Your career will depend on how you compare.

"So in a sense Nico would do better to have some comparison with a more contemporary driver because people are not sure of the pace Michael now has."

Hill is referring to the fact that, despite blitzing the all-time record for titles and victories in his first career, Schumacher – now 43 – is yet to even stand on the podium since returning in 2010.

But the 51-year-old Briton is still impressed with the German.

"He's an extraordinary performer who clearly loves his driving and doesn't want to stop. I can understand that. But formula one cannot carry people along if they are not doing their bit.

"He's going to have to fight with everything he's got to keep going for another year, or beyond this one," added Hill.

Hamilton summoned to Sutil's Munich trial
(GMM) Lewis Hamilton has been summoned as a witness in the forthcoming Munich trial of his friend and F1 rival Adrian Sutil.

It was expected the McLaren driver would have to appear, given the fact that – on the night of his Chinese grand prix win last April – he was present when German Sutil allegedly glassed Lotus team executive Eric Lux in a Shanghai nightclub.

It means that Hamilton will have to head almost directly from the trial to attend the launch of the 2012 McLaren on 1 February.

"Lewis Hamilton will be called as a witness on the first day," a Munich court spokeswoman confirmed.

"The appearance is mandatory," she added. Sutil’s manager Manfred Zimmermann said he is not worried.

"We have a video where it can be seen clearly that this was not Adrian attacking or intentionally hurting someone," he said.

"We expect an acquittal, or at worst a conviction for negligent injury. But that would not jeopardize his career," insisted Zimmermann.

It is reported that former Virgin driver Jerome d'Ambrosio and a F1 journalist might also appear as witnesses.