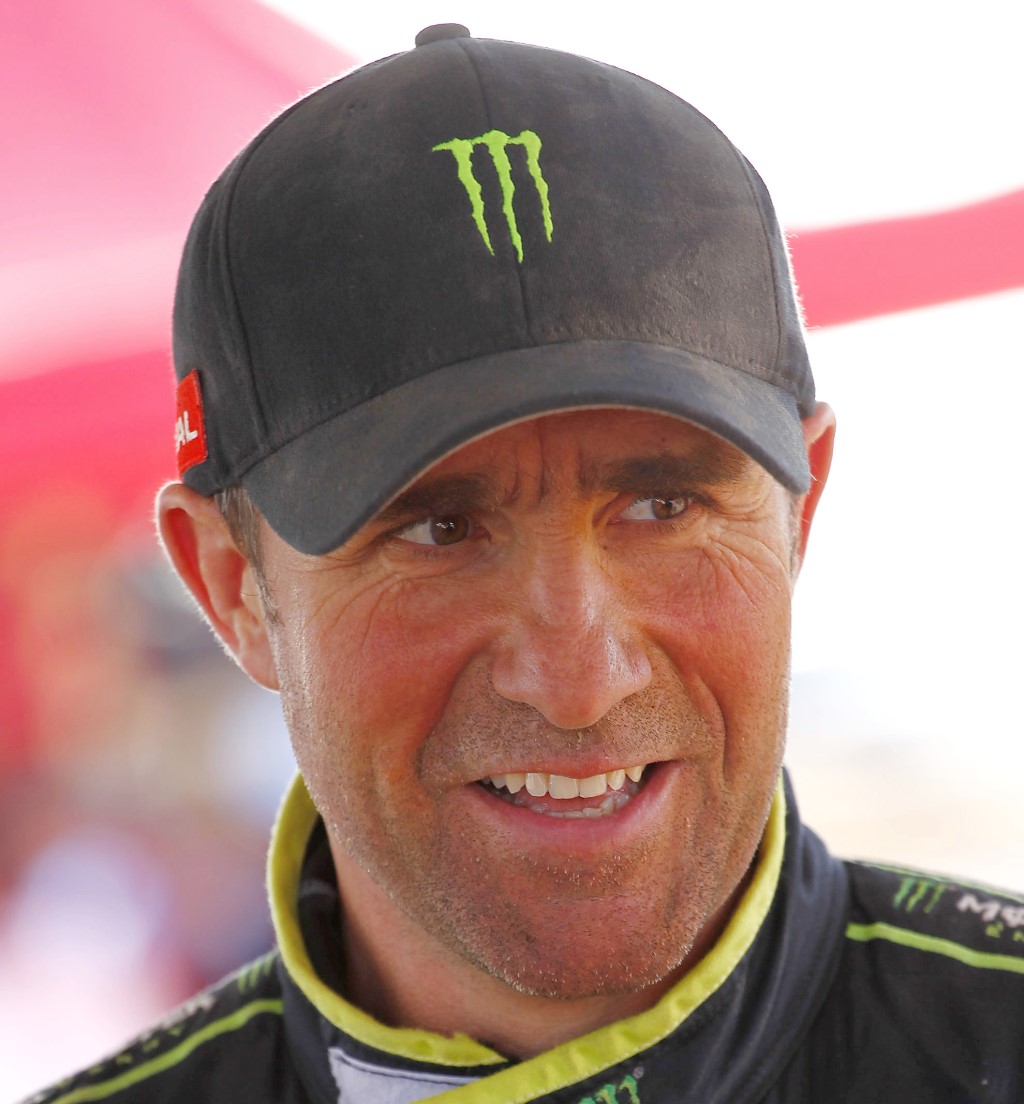 Stephane Peterhansel was on the brink of a 10th Dakar Rally title on Saturday after clinching the 13th and second to last stage, which gave him an overall lead of almost 43 minutes.

Cyril Despres looks certain to make it a French double celebration in Sunday's finale in Lima after being virtually handed the motorcycling title when closest rival Marc Coma became lost in sand dunes.

The three-time car winner and six-time motorcycle champion has an overall lead of close to 43 minutes over Mini team-mate Nani Roma of Spain.

He timed 3hr 09min 47sec with De Villiers eight minutes back. Roma was seventh on Saturday, 23 minutes behind the French driver.

Controversial American Robby Gordon, who is driving under the threat of a disqualification after his Hummer was deemed to have breached technical regulations, was eighth.

"It was not a stage we were trying to win. First and foremost, we wanted to avoid falling into traps, especially after getting stuck in the sand yesterday," said Peterhansel.

"It was the toughest stage of the entire Dakar with regard to the dunes. We made a tactical choice to start with lower-than-normal tire pressure, so we had to be very careful at certain points, but we did well on the dunes.

"There is still a 30-kilometre special to go and we could have a technical problem. I am still holding my breath this evening. I will breathe again once I am on the podium."

Portugal's Helder Rodrigues, riding a Yamaha, won the penultimate stage of the motorcycle race ahead of Despres.

Coma's navigational error in the dunes meant he finished 13min 25sec behind Rodrigues and 12min 38sec behind three-time champion Despres.

Rodrigues reached the finish line in 3hr 21min 16sec, a winning margin of 47sec over Despres on a KTM.

Barring an accident, Despres will be assured of the 2012 title on Sunday when he starts the final stage in Lima with a lead of more than 11 minutes over Coma, who had been the overnight leader on Saturday, 95sec ahead of the Frenchman.

"I started very fast, as fast as I could, because I knew it would be difficult to stay in the lead of the rally," said Coma, who lost his way at the 207km mark.

"At 25km into the stage, I had a mechanical problem that forced me to slow down. It was a gearbox problem and I feared I wouldn't be able to continue. So I am happy to be here, in second position, which is quite good.

"I fought throughout the entire rally and gave it everything I had got at all times. That is the way it is. I am disappointed because I was not able to fight until the end."