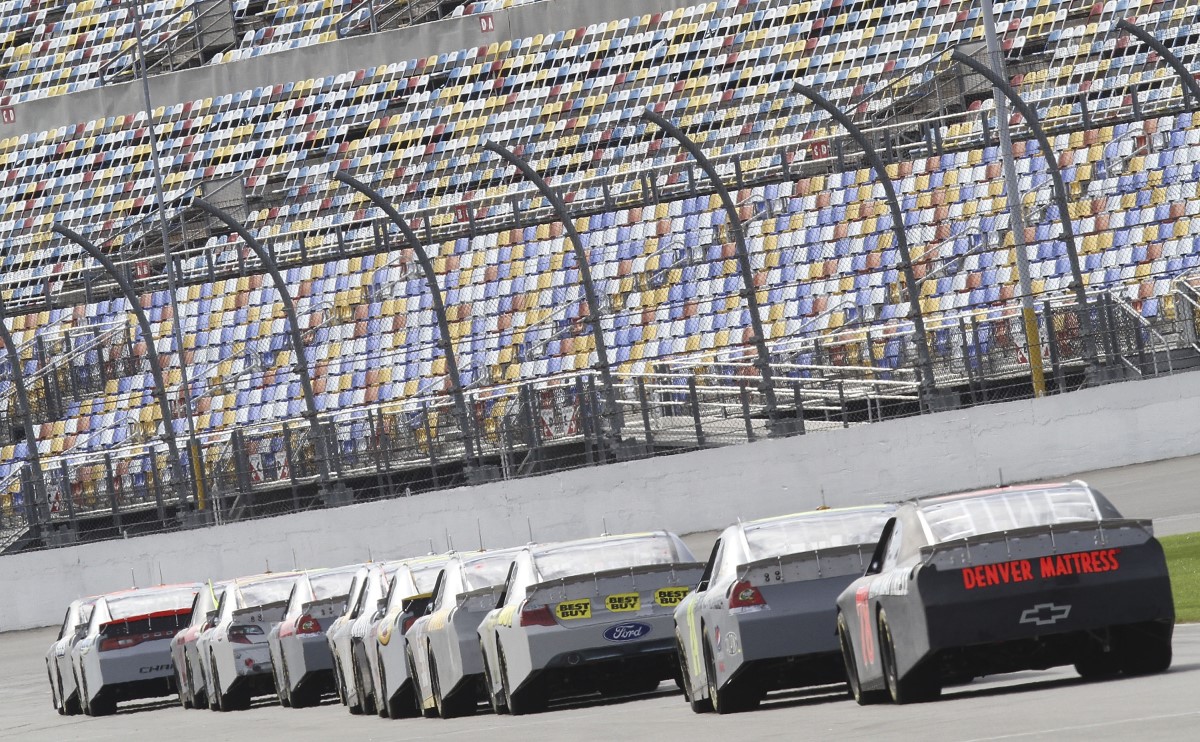 UPDATE NASCAR announced more changes for Sprint Cup Series teams after the second day of testing at Daytona International Speedway on Friday. Teams will receive a smaller restrictor plate with an opening of 29/32nd of an inch, down from 15/16ths, to decrease the amount of air intake to the engine. The radiator opening was shrunk from 3.5-by-18 inches to 2-by-20 inches, or from 63 square inches to 40. And the pressure relief valve is now 21 pounds per square inch from the 25psi they used Friday. The top speed in Friday's test session was set 90 minutes into the afternoon by Kurt Busch. He ran a 206.058-mph average lap working in tandem with his regular drafting partner, Regan Smith. Busch hit 210.9 mph down the backstretch, the fastest portion of the track. Fox Sports

01/12/12 If NASCAR's objective was to eliminate tandem drafting at restrictor-plate racetracks, it remains a work in progress, based on Thursday's first Preseason Thunder test session at Daytona International Speedway. Accordingly, in a meeting with crew chiefs at approximately 5:30 p.m. Thursday, NASCAR announced additional modifications to a restrictor-plate competition package that already had undergone major changes in the offseason. Even though Kyle Busch topped the speed chart in Thursday afternoon's Preseason Thunder test session at Daytona International Speedway at 202.402 mph-in a tandem draft with Joe Gibbs Racing teammate Joey Logano-NASCAR will make the cars faster, less stable and more prone to overheating on Friday. The sanctioning body increased the diameter of restrictor-plate openings 1/32nd of an inch to 15/16ths inches, adding an estimated 26 horsepower to the engines. In addition, NASCAR has lowered the pressure relief valve settings from 30 pounds per square inch to 25 psi and narrowed the grille openings of the cars, thereby decreasing airflow to the engine. Both measures are designed to decrease the number of laps one car can push another without overheating. Sporting News