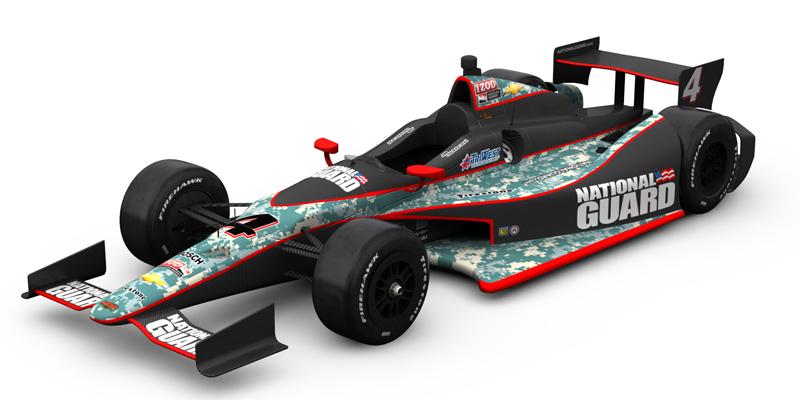 As the page turns to 2012 and the dawn of a new season, it’s business as usual for this time of year at Panther Racing. That is, well, except for the fact the racecars the team has been accustomed to using the last nine years are now no more than high-mileage show cars. This year, IZOD IndyCar Series racing will take on an entirely new shape – literally.

With teams across the league quickly attempting to get acclimated to the new DW12 chassis, off-season testing has taken on an entirely new importance. During manufacturer testing with Chevrolet, Panther driver JR Hildebrand had a chance to jump into the car for the first time. Panther will travel to Sebring International Raceway to test on the 16-17th of this month, with as many as five additional tests lined up before the start of the season.

“It was very cool," Hildebrand said of his first run in the DW12. “Probably the coolest thing, for me, was just being in a position where you’re working with the manufacturer and they really need your specific input about how things are going."

It was a new situation for Hildebrand, the Indy 500 Rookie of the Year who is preparing for just his second full season in the IndyCar Series. Prior to his test, officials at Chevrolet had spent an extensive amount of time with long-time veterans like Will Power, Tony Kanaan and Ryan Hunter-Reay. Utilizing a 23-year-old with just 19 career IndyCar starts on his resume brought a unique perspective.

“I got the vibe before I got going that day that I was the new kid on the block," JR explained. “I wasn’t the guy that had years of experience, that had helped develop a car before and those kinds of things. But once we got into the run plan and got going some of the engineers there from other teams and the Chevy engineers were very keen to ask my opinions of things. It’s cool when you can tell that you’re making a difference in some way and that your input is being valued for things that were going to influence how they moved forward in the future."

There is just over two and a half months between now and when teams will be unloading in St. Pete to kickoff the 2012 season, but loads of work to be done in the meantime. A brand new chassis means the playing field has been neutralized, for now at least, and the teams who capitalize now will be running at the front of the field when the season starts. Hildebrand knows his input is valuable as Chevrolet hopes to have an edge on the competition.

“It’s just a neat process," Hildebrand concluded. “I’ve always prided myself in some way on my ability to give effective feedback, so it’s been cool to do it with Chevrolet and others in this type of situation." Panther Racing