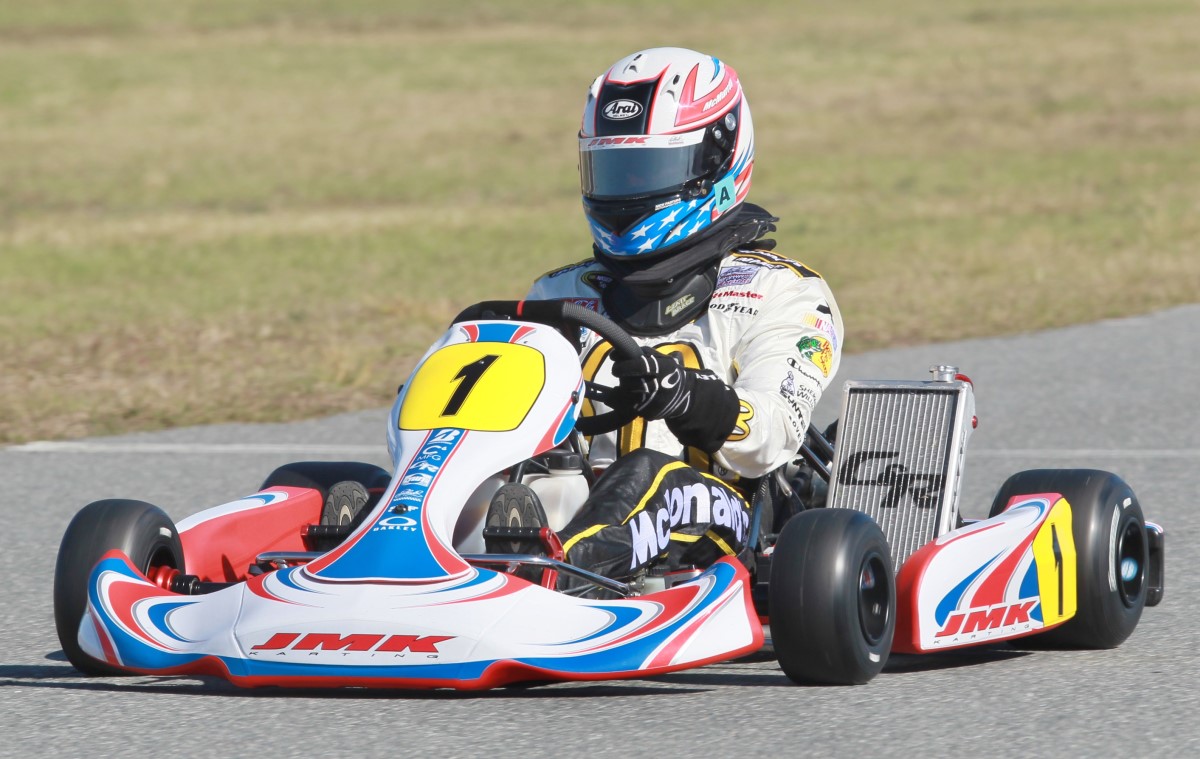 Jamie McMurray has another Daytona victory on his resume. The 2010 Daytona 500 Champion won the TAG 2 Final Race Friday during WKA Daytona Kartweek events on the 0.7 mile sprint track located at Daytona International Speedway. McMurray, driving the #1 JMK Chassis, captured the pole and lead every lap in the Pre Final and the TAG 2 Final race, an event that features some of the best kart racers from around the world.

The victory was especially gratifying for the NASCAR veteran as this is the first victory with a JMK chassis, which was designed and built by McMurray himself. McMurray commented after the win, "This victory is a little more special since I did this on a kart that I designed and had built here in America. Most of the kart chassis in this series are manufactured in Europe, so it was very special to put and American made chassis on the top step of the podium." EGR