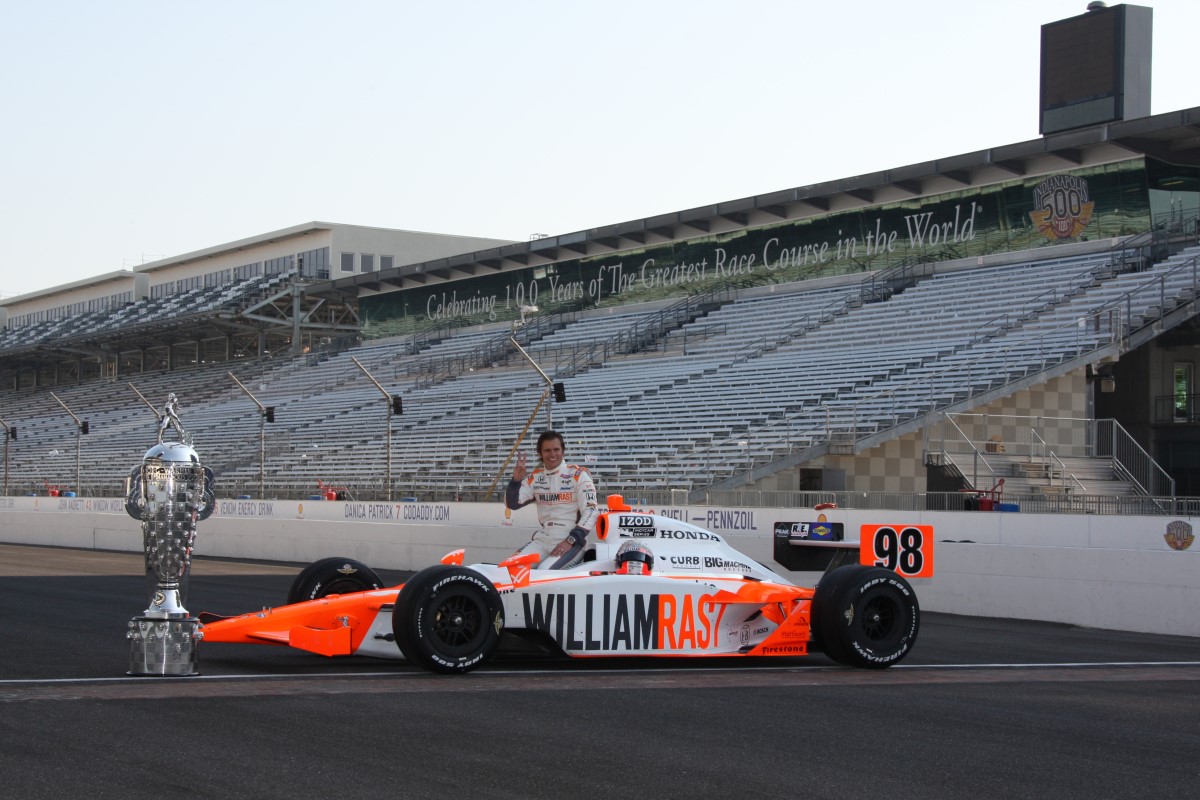 The funeral of British racing driver Dan Wheldon has been held in his adopted hometown of St Petersburg, Florida.

Large crowds gathered to pay their respects to the 33-year-old father of two outside the First Presbyterian Church where the funeral began at 10am local time.

The front page of the order of service showed a photograph of Wheldon kissing a trophy and simply said: 'Lionheart Forever' – a reference to the nickname he earned during his career for his fearless brand of racing.

The Buckinghamshire-born driver, a former IndyCar champion and two-time Indy 500 race winner, was killed on Sunday in a 15-car pile-up at the Las Vegas Motor Speedway.

Wheldon's Dallara Honda was sent flying into a trackside fence on lap 11 of the race, causing what IndyCar chief executive Randy Bernard said were "unsurvivable injuries''.

Among the mourners were Wheldon's widow, Susie, and their two young children, Sebastian and Oliver, and other members of the Wheldon family.

On Friday, Wheldon's sister, Holly, tweeted: "Thank you so much to everyone who emailed and tweeted me amazing messages. Really appreciate it. Dan would be proud of all of you. :)"

Franchitti, Kanaan and Dixon were among the pall bearers who carried Wheldon's coffin after the funeral service as the mourners moved on to a private burial.

Susie Wheldon had invited the local community to attend the service in a statement on www.indycar.com.

"Although the last few days have been unbearable for our family, the overwhelming love and support we have received are rays of sunshine during these dark days,'' she said.

"The outpouring of sympathy and condolences has been so comforting, and I want to thank everyone for their kind notes, letters, gifts and flowers.

"Dan touched the lives of many people, and I would like to invite those citizens in our community who knew and loved my husband to attend his funeral service.

"Though we won't be able to fit everyone inside, I know that Dan would have wanted the community to share in the celebration of his life and to grieve his passing.

"Thank you again. I am forever grateful for your kindness.''

A minute's applause was held before kick-off at the npower League One game between MK Dons and Scunthorpe in honor of the driver who was born in the village of Emberton, just outside Milton Keynes.

IndyCar organizers also confirmed there will be a public memorial service in Indianapolis on Sunday to celebrate the life of Wheldon.