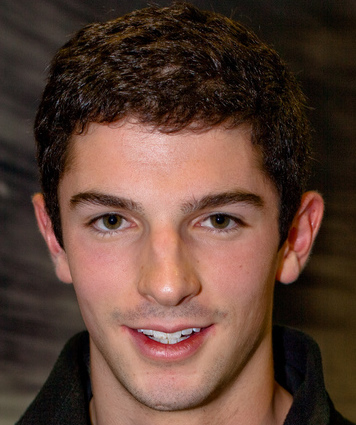 Caterham Team AirAsia is back in Spain for the final test of the year this week just north of Barcelona at the Circuit de Catalunya.

Young American Alexander Rossi joined the team for the first of two full days of testing. With very little GP2 experience Rossi showed great potential finishing in the top eight this morning, with both cars opting to save a set of tires for the afternoon session. After lunch Rossi ran for 31laps to end the day P4 just 0.5 seconds the top spot.

Luiz Razia was also reunited with the team to run various programs in preparation for the Abu Dhabi GP2 Final race next month. He completed a total of 50 laps to finish today P19.

Rodolfo Gonzalez will pair up with Rossi tomorrow to conclude GP2 testing for 2011.

Phill Spencer: “Both cars were doing a lot of set up work this morning. I believe most teams used two sets of tires early on but we saved our second sets for the afternoon session with the aim to better our times this afternoon, which in the end didn’t happen but we are pleased to see Rossi P4. The weather has been lovely today but there is a possibility of rain tomorrow so we have were keen to get as much dry running done today as possible. All in all both drivers were happy and the cars have gone well so I am pleased and will look forward to another day of it tomorrow."

Alexander Rossi (Best Lap: 1:30.140 / Total laps: 49): “It’s been a pretty good day today, a big improvement from Jerez so we are all very pleased about that. As always as soon as you get competitive you automatically set your sights on P1 so a little disappointed we didn’t achieve that today, but in the end it’s been positive. We tried various things from the test plan, some worked some didn’t but that is what testing is all about. We have a good balance for tomorrow so I’m looking forward to going for it."

Luiz Razia (Best Lap: 1:31.520/ Total laps: 50): “We tested something different things today and were looking forward to improving in the afternoon session but the track seemed to be much slow later on which came as a bit of a surprise. Unfortunately we had a few set up issues to tend to and we were not able to get the best of our new tires this afternoon because of a red flag so it has been a difficult day, not great in terms of performance but it’s been a good learning curve. We’ll look though the data to see where we could have improved and take it all onboard, but overall it has been great working with the team again, we worked very hard all season to learn as much as we could about these cars and tires and I think all in all the test today has been very productive."

Humphrey Corbett: “We would have liked to have got Luiz Razia up there today, he was happy the balance and he drove well so we are a little puzzled as to why the end results were not better, but we did a few interesting tests with him none the less. The morning times were quicker today, Tom Dillmann who is driving for iSport was half a second quicker so this is what we have got to aim for. Alexander Rossi did well today, we tested some interesting things with him too and got some positive results, he drove very well – I believe if he had put all his best sectors together he would have been P2, but it was very close indeed, just 0.1 seconds between P2 and P5. We have lots to get through again tomorrow. We will have two new sets of tires for both cars, rain is likely but of course we will run whatever the weather and get through our test program."