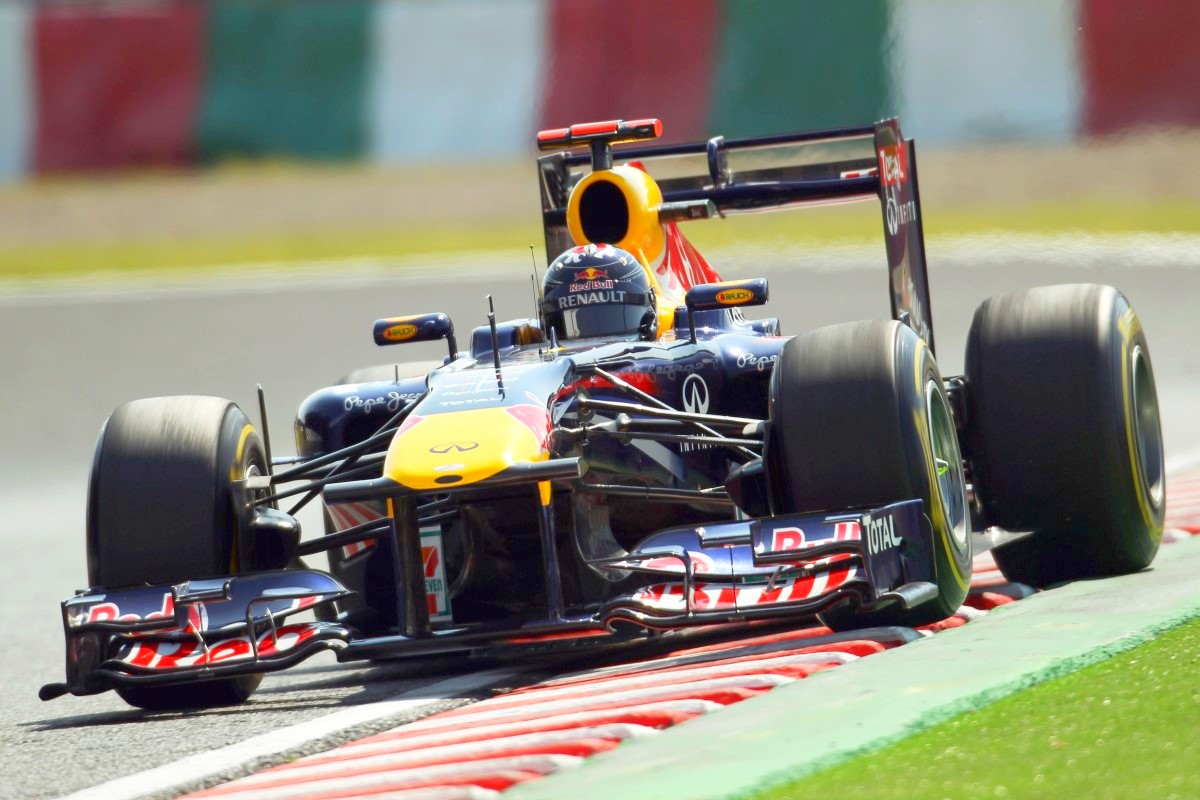 The team travelled to Japan with only two versions of the new wing; one for Vettel and the other for his teammate Mark Webber's sister car.

The German damaged his with a crash in Friday practice.

But because it was the driver's mistake and not the team's, boss Christian Horner never contemplated taking the wing from Webber despite the fact Vettel was on the cusp of wrapping up the world championship.

The replacement wing arrived at Suzuka just 20 minutes before qualifying.

"It surprised me to know this and shows what kind of harmony they have now," said the great Austrian.

"As a driver I would have never thought to pay for a flight. But he was the cause and responsible so he said he would assume the extra costs. This is part of what makes this team so successful."

Lauda, the owner of an airline, estimated the cost of the wing's private transit from Milton-Keynes to Suzuka at EUR 150,000.

That is the claim of triple world champion Niki Lauda, referring to the recent one-year extension of the 35-year-old Australian's contract.

Webber, after mounting a close championship challenge in 2010, has failed to win a single grand prix this season compared to early title winner Vettel's nine in an identical Red Bull.

But pundit Lauda backs the move to renew his deal.

"On a good day Mark is really fast and pushes Sebastian hard enough to keep the (car) development moving on," he told Austrian television Servus TV.

"I see it as a very good (driver) combination," added Lauda.

Buemi must beat teammate for Brazil practice laps
(GMM) Sebastien Buemi must up his game if he wants to practice on Friday morning ahead of next month's 2011 season finale in Brazil.

Toro Rosso has told the Swiss, and his teammate Jaime Alguersuari, that whoever has the least amount of points after the penultimate race in Abu Dhabi will give up his car at Interlagos to French hopeful Jean-Eric Vergne.

Vergne, the latest cream of Red Bull's young driver program, will kick off his new Friday morning duties this weekend in Korea at the wheel of Alguersuari's STR6.

"Jaime sits out the session because the last time a driver was replaced on Friday morning, it was Sebastien Buemi who gave up his seat to Daniel Ricciardo," the Faenza based team said in a statement.

Vergne will sit out India because it's a new circuit, and will return on Friday morning in Abu Dhabi "replacing Buemi", the Red Bull junior team added.

And for Brazil, "whichever of the Toro Rosso drivers has the least points will give up his seat to Vergne for FP1".

And also looming in the background is Red Bull's other young hopeful Daniel Ricciardo.

"In the next couple of years not only the loss of practice laps is threatened, but also the complete loss of their seats," noted Germany's Auto Motor und Sport.

The two smoky burn-outs were witnessed by the grandstand spectators at turns 1 and 2 but not the millions of television viewers, according to Germany's Auto Motor und Sport.

"The FIA does not appreciate drivers senselessly burning fuel and tires," the magazine said.

The amateur footage, captured by a Japanese fan, can be seen at the video sharing website Youtube. Link http://www.youtube.com/watch?v=qxca4mBCuE8.

F1 world expecting much better Korea GP
(GMM) The F1 world can expect a much better experience at the Korean grand prix this weekend.

When the barely-finished Yeongham venue hosted its inaugural race a year ago, officials, drivers, team members and journalists bemoaned the sub-standard facilities and organization.

Another bone of contention was the so-called 'love motels' accommodation, normally frequented by prostitutes and their clients.

"However, based on the experience and knowledge we gained last year, I am confident that the event this year will be much improved."

The early reports from those checking into their hotels and arriving at the circuit this week is that the situation in Korea this year is vastly improved.

"We're hoping for a slightly easier race this year than last. 2010 was very difficult for a number of reasons," said FIA race director Charlie Whiting.

The weather should also be much better this weekend, after torrential rain disrupted last October's inaugural race.

Red Bull can drop point and still win team's title
(GMM) Red Bull can afford to let its huge points lead over McLaren drop this weekend and yet still wrap up the constructors' world championship with three races to spare.

Last weekend in Japan, Sebastian Vettel needed a single point to beat Jenson Button to the 2011 drivers' crown, and duly scored 15 with his podium place.

The next step is the teams' crown, with Red Bull's lead of 130 points over McLaren able to drop to 129 points in Korea and yet still ensure a winning lead by the time of the checkered flag at Interlagos late next month.

"It is unlikely that it will elude us, but you still have to get it," said team owner Dietrich Mateschitz, according to the Dutch newspaper De Telegraaf.

And boss Christian Horner is quoted by Austria's Kleine Zeitung: "The drivers' title was the first part, now we want to retain the constructors' title.

"As a team it's almost the most important one, relating to the prestige in the pitlane and, of course, the bonus payments," said the Briton, referring to the revenue distribution tables in the commercial Concorde Agreement.

Alonso and Hamilton better than Vettel – Briatore
(GMM) Sebastian Vettel may be the sport's first ever reigning back-to-back world champion, but he is not the best driver on the grid.

That is the view of former Renault boss Flavio Briatore, who thinks his charge Fernando Alonso and also McLaren's Lewis Hamilton are better than the dominant 24-year-old German.

"Vettel is definitely good," the Italian told Corriere dello Sport, "but he has won because he has been the best to manage his phenomenal (Red Bull) machine.

"He is not the best. Imagine a race with everyone racing the same car; Vettel would be behind Fernando Alonso and also Lewis Hamilton.

"Over one lap I see him in pole position, with Hamilton second and Alonso third," added Briatore.

Di Resta not sure Force India sale to affect future
(GMM) Paul di Resta is not sure if the news of Force India's part-sale will affect his future.

Boss Vijay Mallya – who now owns an equal 42.5 per cent share in the Silverstone based team rather than a majority, controlling stake – announced recently that he will not decide the 2012 driver lineup until mid December.

The fact the decision will be taken so late had raised eyebrows within the F1 paddock, so whether the deadline still stands now that Sahara's Subrato Roy is now also in charge is not known.

"At this point I don't know how the structure will work within the team," rookie Scot di Resta is quoted as saying in Korea by the AFP news agency.

He said he knows Mallya remains team principal for now.

"The team have said they're going to do it (the driver decision) in December. Whenever they want to do it, they will do it," he added.

In July, the NASCAR team alleged breach of contract when Oxfordshire based Williams signed Mike Coughlan as its new chief engineer.

Williams announced on Thursday that the parties have "reached an amicable solution".

"Waltrip is a super team competing in a fantastic sport — the best thing for me is that as part of the deal I will get to see my first NASCAR race," said team boss Sir Frank Williams.